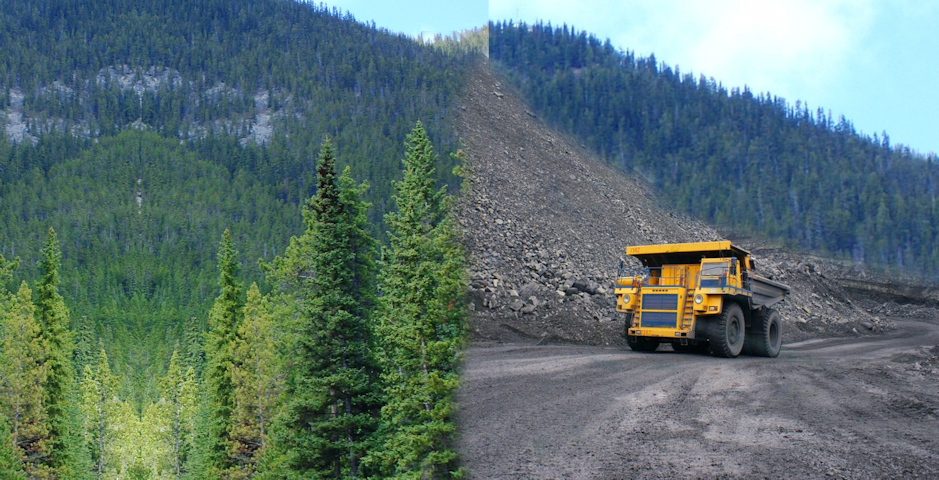 Jason Kenney’s government has been dancing all over on coal policy. First, they talk to Australian coal mining companies before letting Albertans know they are planning to rescind the 1976 coal policy and allow mountaintop removal coal mining. When outrage mounted, they announced that they will cancel 11 coal leases. But this was a deception because these 11 leases amounted to less than 2 percent of the 420,000 hectares that the government had made available for open pit mining in the Eastern Slopes. Now Minister of Energy Sonya Savage says they made a mistake and are bringing back the 1976 coal policy and will consult with the people who must live on the land after these decisions are made. The battle is not over.

In a recent Protect Our Water – Say No to Coal webinar hosted by the Council of Canadians, Ian Urquhart of the Alberta Wilderness Society said there is a disconnect between the spoken and written words of Sonya Savage. She says that she directed the Alberta Energy Regulator (AER) to prohibit mountaintop removal mining – in her news conference the words are, “Let me be clear, this will not happen in Alberta.” Urquhart wonders what this means for mountaintop removal projects that would occur on Category 4 lands (lands that were left unprotected from coal mining by the 1976 policy). Will the proposed Chinook project in the Crowsnest Pass be nixed since it’s a mountaintop mine? What about projects like Aries and Blackstone west of Rocky Mountain House? The next approval to watch is the Benga Grassy Mountain mine and there are others in the lineup.

Urquhart argues that climate change complicates the problem of water. For example, there is an increased probability of extreme events like heat waves and increased flood risks. As well, lower snowpacks and shorter winters mean a quicker loss of stored water. If the Grassy Mountain Mine goes ahead, local streams such as Gold Creek and Blairmore Creek could be decreased by 20 percent. Hotter days and lower base flows are not good news for fish and other aquatic species.

The most disturbing data is about the “thirstiness” of coal. At the present time, only 1.4 percent of water in the Oldman River Basin Water Allocation Order is available to industry with the remainder for general use and irrigation. But under the proposed changes, 63.9 percent of the water will be made available to industry for coal mining. We simply don’t have that amount of water to give.

The 1969 Master Agreement on Apportionment guarantees that 50 percent of the natural flow of Alberta rivers like the North Saskatchewan must flow into Saskatchewan. This agreement also includes water quality objectives – for example, selenium concentration must be limited to 1 microgram per litre. However, the Benga Grassy Mountain site-specific selenium objective is 15 times higher that the one set in the Master Agreement. Urquhart noted that this has led to some significant rumblings coming from Saskatchewan.

Author and environmentalist Kevin Van Tighem points out that the government is ignoring history as well. All of Alberta’s water originates in the mountains and foothills snowpack and then, with rain, it becomes ground water. Nothing stores as much water as the Eastern Slopes landscape – the snow melts slowly because of ground cover and it keeps the water cold, cleans it and slows it down. This means a supply of water into summer and fall as groundwater. The significance of this primary source of water was recognized early in our history. Civil engineer William Pierce noted it as early as 1843. A 1911 report stated that “water supply is the only limit to anticipated settlement and development” and the whole of Alberta’s northwest was declared a forest preserve to protect that water supply. Mountaintop removal mining and open pit mining disturb the forest and ground cover that delivers water. When we mess up that delivery, use too much water and pollute it as well, we have a triple whammy. Combining this with the problems of climate change mentioned before could lead to ecological disaster.

Latasha Calf Robe is a Niitsitapi Water Protector. She has talked about the many effects that mining has on the Indigenous people in the area and how it will destroy what remains of their ability to practise their culture in one of the few areas where this is still possible. In a story all too common, the consultation with Indigenous people has been flawed and barely inclusive. Latasha Calf Robe’s story is the most fundamental of all. It is a story of theft that not only depicts Alberta’s history with Indigenous people, but foretells that of all of us.

Drew Yewchuk, staff lawyer at the Public Interest Law Clinic, notes that there are many legal issues involved in the coal mining issue. One point that sticks out is the weakness of the Alberta Energy Regulator which can be summed up as no visitations, understaffed and very secretive. Yewchuk’s biggest recommendation is that we don’t need a coal policy – we need a law.

All mining and exploration should be stopped immediately, and any consultation process must be transparent and independent of the coal industry. This issue comes under both the provincial government and the federal government jurisdictions. The latter for example covers species at risk and coal mining threatens the trout population due to selenium poisoning.