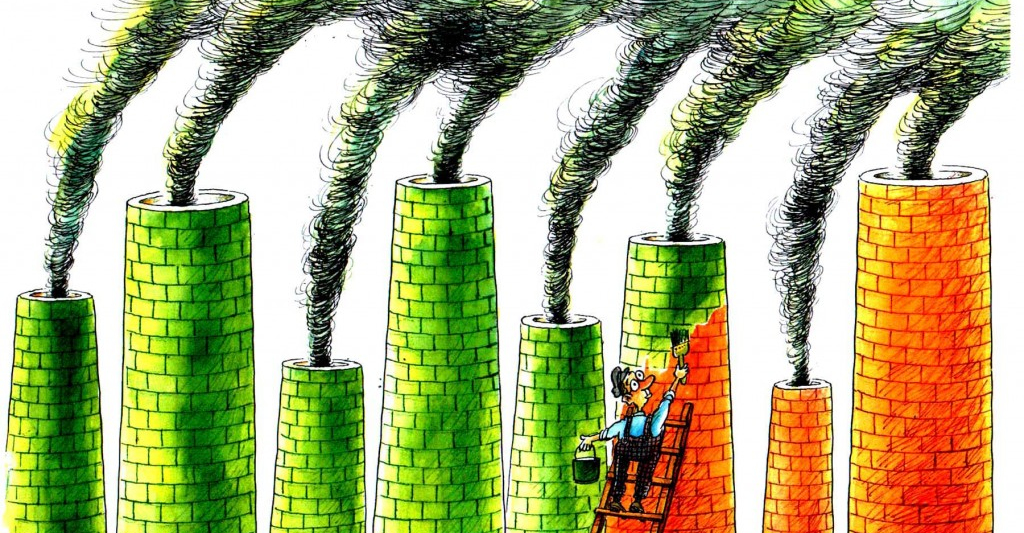 So wrote Joni Mitchell in 1970. She, of course, meant this as irony – a slap-down to the “chop it – pave it – sell it” economy, as well as to the hyper-consumerist culture that emerges from (and supports) it.

Based on his government’s shiny new climate plan, it doesn’t seem like Justin Trudeau gets irony.

Announced to much fanfare in early December, the new plan isn’t new at all. Instead, it’s a rehash of the same old capitalist logic, focused on pricing carbon emissions rather than decisive action to cut emissions in the sectors producing them. Turning pollution into just another cost of production will not only transfer the burden to the working class but will also facilitate the growth of huge corporations, as they absorb smaller companies that can’t efficiently adapt.

Of the 693 megatonnes of carbon emissions produced in this country last year, 37 percent were from industry, including the oil and gas industry. The 25 largest carbon emitting facilities produced 118 megatonnes – more than 17 percent of the total. Of these, eight are coal fired electricity generating plants. The other 17 are tarsands, steel, refining and a pipeline.

Faced with this “low hanging fruit” you’d think that governments would want to go on a bit of a harvest and photo op – after all, closing 8 coal plants to knock out one-third of the biggest polluters seems like a no-brainer.

You’d be wrong, of course. Alberta’s Jason Kenney seems convinced that coal is a good thing – much better than forests. His government recently delisted 164 provincial parks from protected status and slated 60 of them for coal mining. Yes, the government is strip mining parkland.

You’d also expect governments to be looking seriously at green economic transition. Recovery from the COVID-induced economic crisis will require a huge infrastructure program, so it’s the perfect opportunity (in an otherwise pretty horrible situation) to plan for a comprehensive shift in areas like energy, construction and transportation. Statistics show that demand for renewables has increased globally, while demand for fossil fuels has decreased. For the first time in US history, renewables are projected to produce more electricity than coal. Even capitalists get this – it’s one reason multinational energy corporations are pulling out of the Alberta tarsands.

But you’d be wrong on that score as well. Joe Biden’s completely unsurprising decree halting the Keystone XL pipeline became, amazingly, the rallying point that united Trudeau and Kenney. Federally and provincially, governments in Canada are doubling down on the tarsands.

What we need is for labour to weigh in with a radical, working class vision for climate justice. The “Justin and Jason Big Oil Bonanza” should be met with a strong campaign for public takeover of the energy industry, as part of a radical green transition that protects the environment, workers and communities. And while we’re at it, the auto giants and transportation corporations (looking at you, Bombardier!) should be nationalized and converted to producing electric vehicles, including mass transit and light industry and agriculture.

As workers approach the Canadian Labour Congress convention, let’s push for this kind of vision and action. Otherwise, we’ll all watch the Trudeau-Kenney bromance “pave paradise and put up a parking lot.”