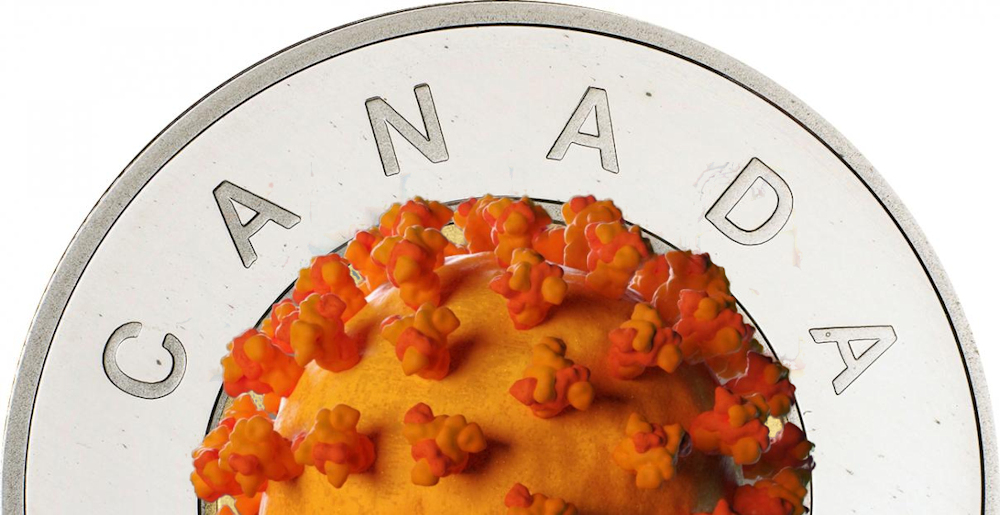 The Communist Party of Canada’s Ontario Executive Committee is demanding immediate action in the face of ongoing governmental failure to address the second wave of the pandemic. In a statement on January 26, the Communist Party said that “Ford’s failure is a result of his government consistently siding with corporate interests whenever they conflict with human health.”

As Ontario heads into its second month of lockdown, and its third month for Toronto and Peel region, there are many indicators of failure in Ontario’s ongoing second wave. Late last year, Ford reluctantly announced a province-wide lockdown for Boxing Day, allowing residents to complete their holiday preparations and quickly intensifying community spread. The premier and various ministers hold regular press conferences at which they insist people, besides the millions of essential workers in the province, take personal responsibility and stay home. Despite declaring another state of emergency, the government has tried to play down aspects of the crisis where health experts and many others are asking them to act. For example, the government is denying the continued under-staffing of long-term care (LTC) homes, the need for paid sick days and another moratorium on evictions.

Despite assurances from Ford that the government would put an “iron-ring” around LTC homes, over 1500 long-term care residents have died of COVID-19 since September, nearly half of the 3500 people who have died in LTC since the pandemic began last March. The province had only been able to vaccinate 48 percent of LTC residents by the middle of January. The appearance of the new, more virulent UK strain in a LTC home in Barrie resulted in all but one of 129 residents and 89 staff becoming infected, with 50 of those people having now died. The province’s science table reported that 1600 cases and 305 deaths could have been averted if there had been a quicker vaccine rollout to these most vulnerable residents.

The Communist Party has called for “all long-term care facilities to be put under public ownership and operation, with funding for adequate and well-paid staff and sufficient protective equipment and procedures.” A growing number of health experts and advocates are also demanding an end to the for-profit long-term care industry.

A recent report from the science table advised the premier that for-profit homes “had outbreaks with nearly twice as many residents infected… and 78 percent more resident deaths compared to non-profit homes.” The same report calls on the government to enact paid sick leave and provide more full-time jobs for workers, to limit the use of temporary staff.

At the end of January, over three hundred doctors and researchers signed a letter calling on the province to “end the violation of people’s human rights” in LTC. The Doctors for Justice in Long-Term Care campaign is demanding an end to for-profit LTC as the first of their nine demands to contain COVID-19 in the sector.

Workplace outbreaks have also increased dramatically during the second wave. While the corporate media ignored workplaces for months, the recent outbreak at the Mississauga Canada Post facility has broken into the news cycle since it involved over 212 workers testing positive with one worker having died so far. Toronto Public Health has reported that there have been 282 workplace outbreaks in Ontario’s capital.

The Communist Party has highlighted the limited choices that front-line workers continue to face during the current lockdown, stating that “workers, especially those who work for temporary agencies, are highly racialized with no paid sick days, low wages and no benefits. If your family lives paycheck to paycheck and you don’t have paid sick days, you are more likely to ignore early symptoms of COVID so that you’ll be able to buy groceries or pay your rent. Never has the case for ten paid sick days been stronger.”

The City of Toronto, Toronto Public Health, the science table advising the provincial government on its pandemic strategy and others have agreed with the months-old demand from the Worker’s Action Centre for legislating ten paid sick days. “Yet still the province refuses; they would rather support their corporate friends who don’t want to fork out money to keep their workplaces safe and their workers alive,” says the Communist Party statement.

The provincial government has recently promised that it will strengthen enforcement through the Ministry of Labour to ensure that workplaces remaining open under the lockdown are safe. However, the Toronto Star reported that between March and mid-December last year, the ministry issued just two fines for COVID-19 violations – and one of them was to a worker.

The Communist Party calls for several concrete measures. “To really get the pandemic and community spread under control, we need a rigorous system of identifying what businesses are actually essential, enforcing safety measures through inspections and stiff penalties, ensuring that all workers have paid sick days and those that are displaced by closures have adequate compensation. In order for lockdowns to work effectively, they must be real lockdowns and working people told to stay home can’t be worrying about basics such as food or rent.”

In January, the Ontario government issued an emergency order that temporarily halted the enforcement of residential evictions for the duration of the declaration of emergency. However, eviction hearings continue at the Landlord and Tenant Board and most tenants leave without enforcement once they receive an eviction notice.

The Communist Party of Canada (Ontario) describes the eviction and homelessness crisis by noting that “thousands of households are at risk of eviction in the pandemic as people have lost their jobs, had shifts reduced or have had to take leaves to manage childcare. Thousands of people have already been evicted and are forced into shelters or to set up encampments. The province and its municipal counterparts have done little to help the homeless. Shelters are hotbeds of virus spread, disrespect and overcrowding. Many feel safer in encampments but are continually harassed by police who confiscate their tents and property over and over again. Activists have provided creative measures to help those in encampments – tiny shelters and insulated domes – only to have them stolen by municipal officials who say they are ‘unsafe.’ It is the thousands of people who remain homeless who are unsafe as all levels of government twiddle their thumbs instead of stopping evictions and providing safe emergency shelters and adequate rent-geared-to-income housing.”

Communists in Ontario are demanding more comprehensive public health policies to not only “flatten the curve” but to eradicate the disease. “Other countries have shown that it was and is possible to stop community spread of the disease, but only by taking swift and decisive action. Countries and jurisdictions that have done well have used policies such as providing free shelter to those testing positive to avoid other family members getting sick; ensuring everyone quarantining has access to food; providing universal income supports to those effected by lockdowns; canceling rent, mortgage and debt payments and mobilizing mass testing and contact tracing through major expansions of health care. Most of these policies were not on the table as neoliberal ideology constrained politicians’ imaginations at both the federal and provincial level.”

The Communist Party calls for “a common front of trade unions; Indigenous, Black and racialized people; women and gender oppressed folk; students; unemployed workers; tenants and all others who are objectively opposed to the Conservative government’s ongoing inability to meet the peoples’ health and economic needs.”