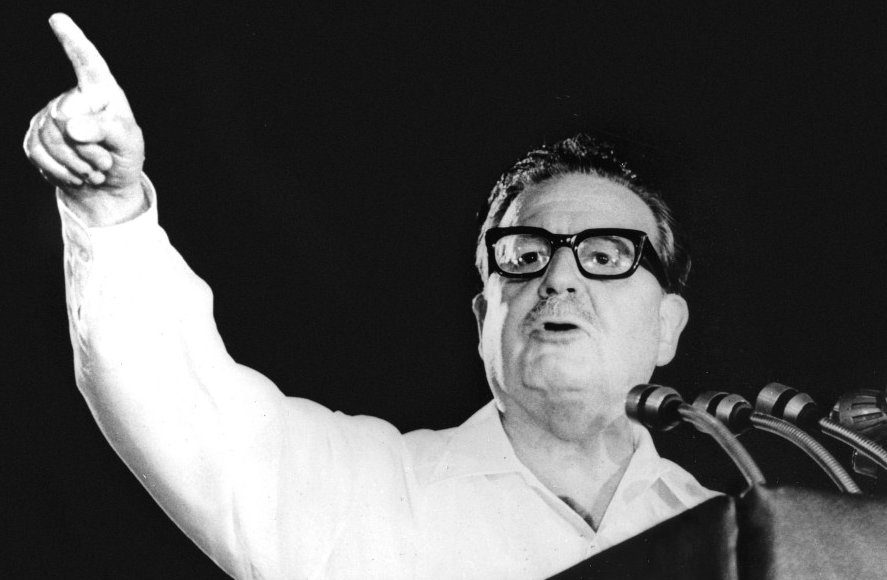 By Guillermo Teillier del Valle, President of the Communist Party of Chile

It was 1952 and Salvador Allende was facing his first presidential campaign with few resources. He had the support of the Socialist Party, many of whose militants supported Carlos Ibáñez and the Communist Party, which was illegal and acted clandestinely. They acted as the National Front of the People. Expectations had been raised, as women were voting for the first time in a presidential election.

There were few in those days who thought that Allende would arrive, almost 20 years later, at La Moneda Palace [the presidential seat]. The former dictator Carlos Ibáñez del Campo triumphed that year, winning a large majority with promises to sweep away corruption and bring bread to Chilean households.

But he was soon pinned down by social unrest. In 1958, the mass struggle forced the annulment of the “cursed law” that had outlawed the Communist Party of Chile (PCCh). This victory allowed the re-legalization of the Party, the re-registration of its militants in the electoral registers and, as a result of this, a powerful re-articulation of the labour and social organizations.

From then on, there was a rallying of social and political forces, which promoted fundamental changes. These changes were based on the outlook of the Socialist and Communist parties, and others. The FRAP (Popular Action Front) emerged and, together with the figure of Allende, raised a powerful program of structural reforms and measures that were anti-imperialist, anti-oligarchic and anti-feudal. It promoted the nationalization of copper, agrarian reform and wage policies, as well as education and health reforms that were especially focused on maternity and children’s health. Allende lost the 1958 presidential election to Jorge Alessandri by very few votes. From that point, FRAP attracted the interventionist gaze of the US government, due to the nature of its program, the resounding support of more than 30 percent of voters and the quality of Salvador Allende’s leadership.

In 1964 Salvador Allende was again nominated as presidential candidate. This time, the US government intervened directly and worked for the victory of Eduardo Frei Montalva – by providing extraordinary financing for his campaign and by directing right-wing votes in his favour, they avoided an Allende victory.

Was the US government interested in democracy? No, it was interested in the ownership of Chilean copper companies, in which American consortiums had unlimited facilities for exploitation and profits. They could accept limited reforms such as the nationalization of copper and agrarian reform as advocated by the Alliance for Progress (an organization that was initiated by John F. Kennedy and was opposed to the Cuban Revolution). But they could not accept an Allende government.

The triumph and US meddling

Despite this defeat, the course proposed by Allende was maintained and on October 9, 1969, the Popular Unity (UP) was created. Finally, on September 4, 1970, the UP and its candidate Salvador Allende won its historic victory with 36.6 percent of the votes.

US National Security Advisor Henry Kissinger tried to prevent the National Congress of Chile from proclaiming Allende president and to confirm his rival Jorge Alessandri instead, with the idea that Alessandri would subsequently resign in favour of Eduardo Frei. At the same time, Kissinger was looking for supporters in the Chilean Army, who could impose this formula. The Army’s Commander-in-chief, General René Schneider, was committed to the constitution and warned that the Congress should decide democratically, without military interference. So, Kissinger personally ordered that Schneider be neutralized. A kidnapping operation was carried out October 22 by members of Patria y Libertad (Homeland and Freedom), led by former coup general Roberto Viaux. Despite this event, in which Schneider was seriously injured, the Congress confirmed Salvador Allende as President on October 24, 1970. He was described as “the first Marxist president in the world to come to power through general elections in a state of law.” His purpose was to establish socialism “by democratic means.”

General René Schneider died on October 25 defending the constitution and adhering to the doctrine of military non-intervention in political or social disputes. This doctrine was, as we know, pulverized by US interference and Chile’s right-wing, which finally managed to subvert democracy by corrupting the ranks of the armed forces and applying a strategy of destabilization, blockades, sabotage, shortages and formation of paramilitary forces. The coup began to develop days before Allende took office as President.

The UP government was the culmination of a process that was rooted in the people, in which the discontent of years was expressed. Against the exploitation of workers, against servitude to the large estates, against abuses. A people often repressed and deceived; victim of injustice based on social class and on racism. It took several years to win the Popular Government. It is true that a coalition of parties headed up the process, but it was fundamentally the strength of the workers, peasants and miners who made the change possible.

It is a lesson from history, to bear in mind during these days of pandemic. But, above all, it is a lesson of struggle for fundamental changes – key among them, nothing more or less than the drafting of a New Constitution for Chile.

[Translated from Spanish by PV Staff]