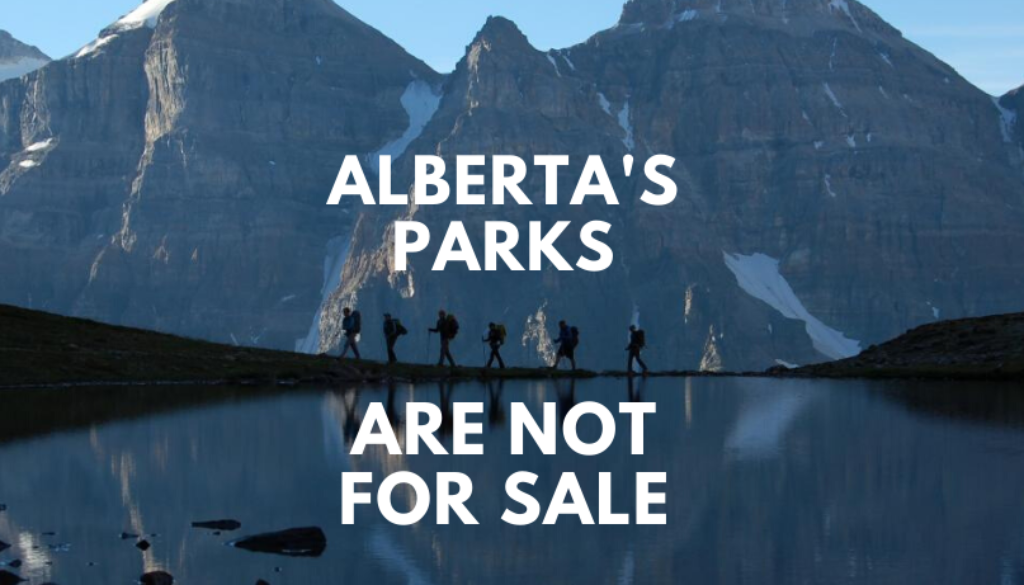 This involves 9 provincial parks, 149 provincial recreation areas and 6 natural areas, scattered widely all over the province. Ten of these have already been closed. Having their protected area status removed means that the parks are no longer subject to the province’s Parks Act and related regulations, and the Parks Division of the Alberta government will no longer be the land manager. The lands will revert to being public lands under the Public Lands Act which, while maintaining some regulation, allows for a wider range of activities than on park lands. For example, agricultural production could be allowed, or the lands could be sold or transferred to a municipality.

There has been little public consultation so the reasons for the selection of sites is left to conjecture. Lack of data from the government means the public does not know what criteria were used for closure. Speakers at a webinar on June 17, organized by the Canadian Parks and Wilderness Society (CPAWS) and the Council of Canadians (CoC), said that it was untrue that these sites are underutilized. Many are smaller but they often are staging sites for campers to have access to water bodies and hiking areas. Other sites targeted for closure are the only ones in a particular region. The result will be a higher concentration of people in certain larger sites, where vehicle traffic will likely become a problem.

The surveys that the CPAWS and CoC presenters used indicated that the majority of Albertans do not support these changes, and this held true across all demographics.

Exactly what this will mean is not clear. The government had to postpone further decisions from May to June and nothing has been heard yet. Does this mean that KOA-style campgrounds may be the norm? Current partnerships are limited to 5 or 10 years, but could these be longer? Park infrastructure could be sold, and once sold it would be hard to bring back to public ownership. At present, there is no mention of the sale of the lands, but the potential exists.  Some uncultivated provincial lands in the South East of the province have already been sold in the last two months. Critics of the government’s plan have suggested the potential for community or industrial development and used the example of gravel sites. The partnerships that have been suggested by the province – non-profit groups and municipalities – are unlikely as they are presently not in particularly good financial shape.

The government says that this will save $5 million in the operating costs, which works out to $1.14 for each person in the province. But this could end up costing the people of Alberta a lot more, by increasing fire risks and degrading the land. These risks are presently mitigated through provision of fire pits and garbage collection. Closures and partnerships will cost those communities that get spin offs from the tourist trade. Furthermore, these parks and their infrastructure have been created by taxpayers’ dollars at a much larger sum than the $5 million savings, and it will take hundreds of millions to replace them.

It seems more likely that there are no savings here. Instead, there is growing suspicion of a private sector rip-off from the public.

One of the really alarming aspects of this story in the general lack of consultation. In February, the government quietly changed the Alberta Parks consultation framework, which would have required consultation. Neither CPAWS nor CoC were aware of consultations with First Nations, tourism industry, municipalities or Albertans in general. Consultations have been done in the past, including recently, when the Sylvan Lake Provincial Park was transferred to the municipal ownership in 2018.

It is puzzling how the government of Alberta can talk about securing a new deal for the province through its own police force and pension plan, and justify this position by claiming it is closer to the people, when it makes so little effort to consult those same people over the management of public lands.

If this action by the government goes ahead, the big loser will be the environment, but also the people of the province who will have less chance to experience the benefits of nature.

The June 17 webinar was led by Chris Smith and Steve Donelon, both consistent conservation fighters from CPAWS, and Edmonton CoC chair Richard Merry. Meeting participants agreed to follow up by organizing further discussion about political action.