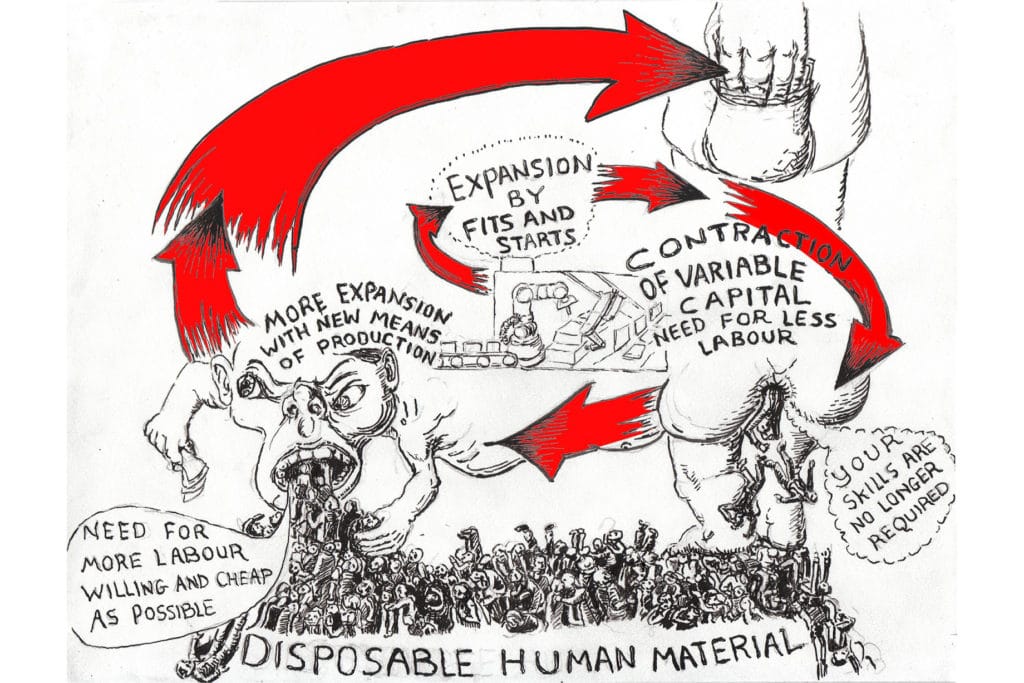 It seems like a small point – just a few words – but it is hugely important. And in the context of the economic crisis brought on by the coronavirus pandemic, it is one that needs careful consideration by the labour movement in Canada.

The present situation brings up several comparisons with the experience of the 1930s. The Great Depression brought terrible suffering to the working class and people in cities and the countryside – factory closures brought mass unemployment, farmers were evicted from their land, poverty conditions deepened, and this contributed to a crisis in the country’s health system.

The response to the crisis of the 30s was uneven. Right-wing trade union leaders completely abdicated their responsibility to fight for workers’ rights and welfare. In contrast, the left wing of labour – and especially the Communist Party – took the lead in organizing and fighting back. Under left-wing leadership, the Worker’s Unity League was formed and organized many industrial unions in steel mills, auto plants, rubber and chemical factories, and in the forestry and fishing industries. Not content to settle for scraps, the WUL led 90 percent of the strikes during the Depression.

But the WUL also understood the critical importance of organizing the unemployed. Their leaders saw that the crisis of the Depression was providing capitalism with a huge body of unemployed workers who were desperate to find jobs – any jobs, at any price. This is what Marx called a “disposable industrial reserve army” – structural unemployment on a mass scale that allows capitalism to reproduce itself.

Recognizing that an unorganized industrial reserve army imperiled the entire working class in its struggle for jobs, wages, social programs and higher living standards, the WUL helped initiate organizations of the unemployed, like the Relief Camp Workers Union. The RCWU led the famous On-to-Ottawa Trek, which started the country-wide movement for unemployment insurance.

Conditions today are better in many ways than during the 1930s – thanks in no small part to the struggles of workers during the Depression – but the class struggle is intensifying in a similar way. Capitalism is still eager to press unemployed workers into the ranks of the industrial reserve army. Government policies willingly facilitate that process and transfer enormous wealth to corporations, while cynically masquerading as generous bailouts for workers.

The Great Depression caused deep and widespread hardship for millions of people, just as the current economic crisis is doing. Yet the labour movement emerged from the 1930s stronger – politically and organizationally – due left-wing insistence on organizing on a class struggle basis.

The same promise of a stronger labour movement exists today. But today’s trade union movement needs to recognize, as the Worker’s Unity League did nine decades ago, the urgent necessity of organizing the unemployed. This will require time, resources, and political and organizational effort.

Because, as the AFL-CIO leaders were reminded in South Africa, unions are not just about their members – there is a whole class that needs to be united in struggle.