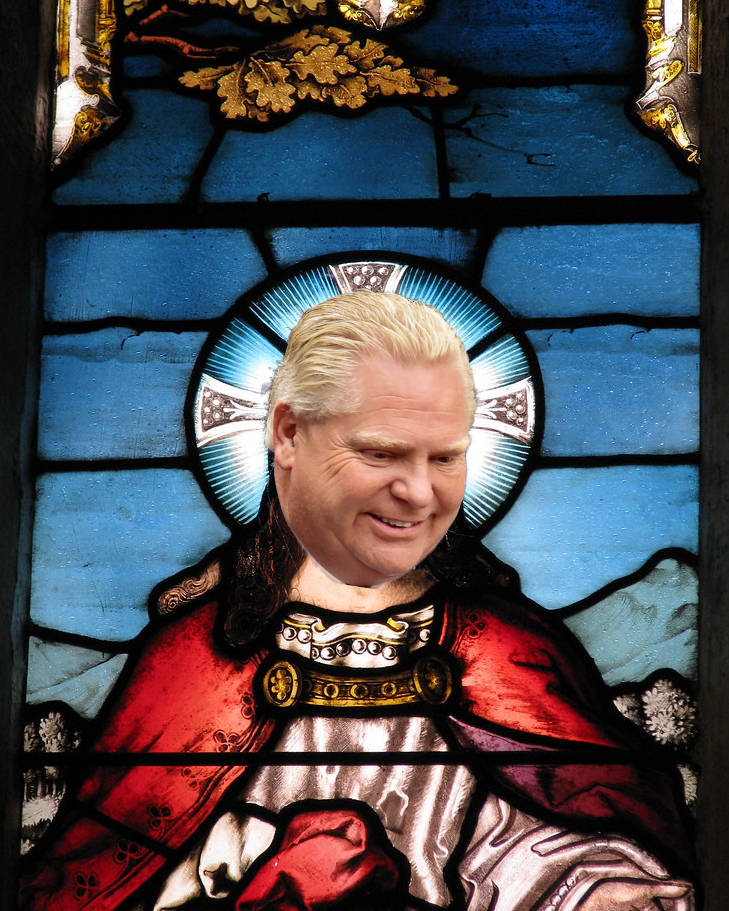 As working people suffer through a massive public health and economic crisis, the media and a wide range of politicians have come together on a project: the rehabilitation of Doug Ford.

Before the pandemic Doug Ford’s approval rating had dropped to around 30 percent. In a December 2019 poll, Ford ranked last in popularity of all premiers in Canada. But since mid-March, there have been countless articles congratulating the premier on his “handling” of the crisis.

A CBC article from late March tells readers that Ford has drawn praise from friends and foes. “Gone is the pugnacious partisanship and populist rhetoric that opponents once used to compare Ford to US President Donald Trump,” it says. “The premier’s regular briefings have instead drawn widespread plaudits for their calm, collegial tone as well as their comparatively progressive content.”

In the same article a former senior Liberal staffer comments, “He’s being transparent, responsive, engaging. Ontarians are really seeing him in action.” BC Green Party leader Andrew Weaver said in a tweet that Ford has “shown strong, decisive and compassionate leadership at a critical moment in Ontario’s history.”

Deputy Prime Minister (and Canada’s leading war monger) Chrystia Freeland made headlines with Ford when the two announced their newfound friendship to the press. “He and I have actually come to describe one another as each other’s therapists,” said Freeland in a desperate effort to humanize herself and Ford.

Conservative operatives have taken to international outlets to sing the praises of Ontario’s new golden boy. Former Harper speech writer Michael Taube wrote a column for the Washington Post declaring that “great leaders emerge in difficult times, even if that leader isn’t someone you would have naturally considered for that role.”

It is true that Doug Ford has not verbally abused the media lately or suggested that ingesting disinfectant might be a good idea. So, comparing his presentation to that of Donald Trump (a man for whom he has previously expressed a fondness) Ford does look professional. But bourgeois political commentators always like talking more about presentation than substance and policy.

Even a superficial look at Ontario’s health crisis paints a different picture. Ontario joins Quebec and Alberta as the three provinces that are faring the worst during this pandemic. Ontario’s long-term care crisis has been raging for weeks and now over one hundred cases have been announced in shelters and prisons are reporting outbreaks. April 23 saw the largest single day increase in COVID-19 cases yet. So, where is the success in “handling” the crisis for which Ford is being applauded?

The reality is that Doug Ford, his government and his class all did their best to deepen the crisis in Ontario. Since becoming premier in 2018 he has carried out the most aggressive austerity agenda since the Conservative government of Mike Harris in the mid-90s. The main difference is that these days there is even less to cut. The hollowing out of social services and expansion of exploitation has drastically increased the Ontario’s vulnerability and has doubtless increased the death toll.

The government’s massive 2019 budget cuts included health. The current 18.3-hour hospital wait time is up 27 percent from 14.4 hours when the Conservatives were elected. Did Ford see the light after the pandemic struck? No. The new emergency funding of $3.3 billion for health care in Ontario due to COVID-19 is a 5 per cent increase, which is the same amount that the Ontario Health Coalition and other public healthcare advocates have long demanded just to meet the needs of population growth, aging and inflation. The emergency funding only keeps the system afloat at the current levels, which are already inadequate with hospitals at overcapacity for the last several years.

Holding back tears at a press conference about his mother-in-law testing positive for coronavirus in a long-term care home, Doug Ford declared that LTC in Ontario “needs to change.” But his government has been a proponent of deregulation and further privatization in the sector. Ontario has the highest proportion of for-profit nursing homes in Canada, with 58 percent of them privately owned. The website rankandfile.ca reported that the provincial Tories received $340,477 in political donations from for-profit LTC corporations in the decade leading up to Ford’s election. The government has cut inspections in LTC facilities down to almost nothing; only nine were completed last year.

The media gave Ford glowing reviews after he called out Donald Trump for blocking Personal Protective Equipment (PPE) shipments and helped move boxes of PPE produced in Markham. But front-line health workers still have a massive shortage of PPE. This week the government intervened in court in an effort to block the Ontario Nurses Association from winning access to PPE for their members working in LTC homes.

The dire PPE shortage did not just materialize unexpectedly this year; it is one aspect of the overall underfunding and privatization of the public health care system over several decades. Fifty-five million N95 masks were stockpiled in Ontario, but they were allowed to expire rather than being replenished to keep the supplies up to date.

Overall, the Ford government represents the most aggressive sections of capital in the province. They are quite clear in what they want – lower taxes on corporations and the wealthy, and defunding and privatization of social services, health and education. The less the government taxes and spends, the better for their profits. Never mind the impact on workers and the most vulnerable sections of the population.

We have witnessed this already in the last two years. Massive across the board spending cuts have been justified by lies and distortions about the government deficit. Ford’s tax cuts were already on pace to cost $4.2 billion in 2019-20, with more tax cuts pending. Comparing the cost of tax cuts to that of nominal spending increases planned for the next three years, tax cuts accounted for 60 percent of overall cost increases (“revenue loss”), compared to 20 percent for health and 2 percent for education.

To keep pace with population growth and inflation, without cutting already inadequate services, the province would need to spend $11.4 billion more in the next three years – less money than the government is planning to spend on tax cuts.

The current health crisis will not last forever and politicians, including Ford, pepper their speeches with hopeful messages about the future. However, the Ontario government is not being honest about the depth of the capitalist economic crisis that was triggered by the pandemic. The March 25 Fiscal Update is based on the overly optimistic assumptions that COVID-19 will have a minimal effect on government revenues from personal income and business taxes. It projects that Ontario’s low unemployment rate will not significantly rise this year and that Ontario will be back to growth in the second half of the year. In contrast to this rosy picture, the IMF is predicting the worst downturn since the Great Depression.

How will Doug Ford handle the crisis that we are only just starting to feel? Will his government make a sharp break from corporate austerity policies, cancel debts, nationalize the plants that will close, build social housing and infrastructure, bring in progressive taxation, and expand health, education and social services? More likely, he will continue to do what he has done all his career and what his brother and father did for a living – fleece the working class and deepen exploitation in order to recover profitability. Doug Ford has not changed; the only thing that has changed is that the corporate media, Bay Street and their politicians are more united in the face of a crisis. We need to see through it and build our own unity based on a recovery for working people, not for corporate profits.