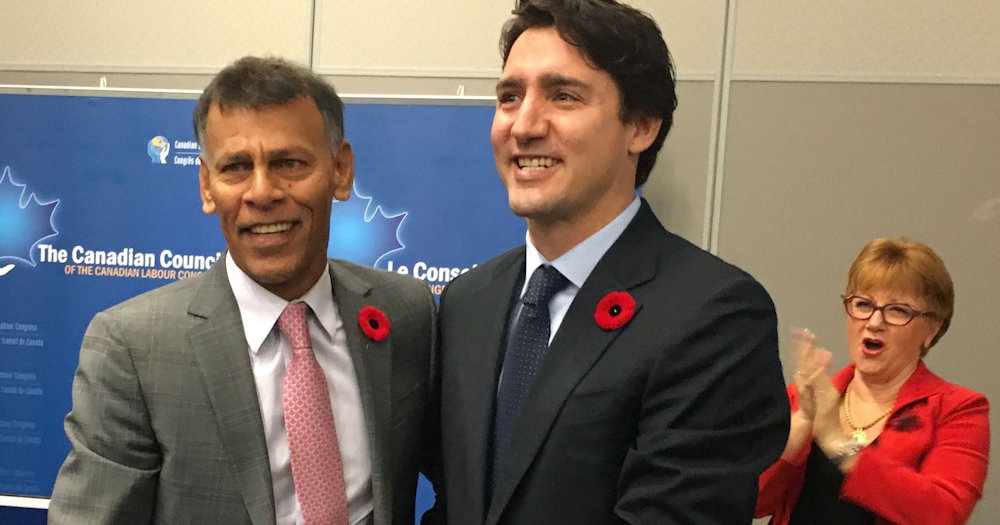 Last month, 29 trade union organizations across Europe issued a joint declaration about the coronavirus crisis. They saluted the heroic contributions being made by workers in hospitals, research, sanitation and public health, who are risking their own safety to contain the pandemic and save lives.

The unions also denounced the neoliberal austerity policies that have deeply exacerbated the crisis through privatization of hospitals, funding cuts to public health and profiteering in pharmaceuticals. And they warned that these same policies are guiding government responses by prioritizing corporate profits over human need, threatening to deepen and prolong the social and economic costs to working people.

The declaration ended with a series of immediate demands including expanded permanent staffing of hospitals and health centres, free distribution by the state of protective equipment and material to all people, a halt to foreclosures and evictions, and guaranteed full pay and benefits for workers who are forced to miss from work for whatever reason. The unions also demanded special care for refugees, including clean and safe accommodation and quality health care provided free of charge. All of this, they stipulate, must be provided by the state and paid for by big business.

Within days of the declaration, one of the signers – Italy’s Unione Sindacale di Base (USB) – called a one-day general strike for March 25, to demand that all non-essential workplaces be shut down without penalty to the workers. The strike action was implemented in different forms, depending on the sector, to maintain public safety. Thousands of Italian workers participated in the USB strike, under the slogan “Our lives are worth more than your profits.”

This militancy is not confined to a single declaration or one 24-hour protest action in Italy. In France, the Confédération Générale du Travail (CGT) has called for a strike by its 45,000 members working in commerce and services, to demand greater health and safety protections after two grocery workers died of coronavirus. The South African Municipal Workers Union (SAMWU) has instructed its 160,000 members to undertake a work refusal if they are not provided with sufficient protective equipment and procedures. In the United States, workers at General Electric held a job action to demand that the corporation convert its manufacturing to produce badly needed ventilators. They were supported by the leadership of their union, the Industrial of the Communications Workers of America (IUE-CWA), who provided details of locations and capacity of under-utilized GE facilities.

This kind of fighting spirit – a blend of shop floor struggle and social solidarity – is what’s needed to ensure that working people won’t be an afterthought in governments’ emergency responses or left having to pay for them for generations to come.

But it begs the question of what the trade union leadership here in Canada is doing.

While the European unions were signing their joint declaration, Canadian Labour Congress President Hassan Yussuff was sending out an email survey to people who had signed up to receive updates from the CLC website. It didn’t even go out to all union members – in fact, probably quite few. It didn’t elaborate a set of working class demands around which Yussuff was going to lead mass action – it contained a series of questions asking if people were feeling stressed and anxious about the pandemic.

More recently, Yussuff has sent email blasts asking people to contact the big banks and Members of Parliament, to demand lower credit card interest rates and 14 paid sick days for all workers. Nothing about cancelling student debt or rent and mortgage payments, nothing about converting manufacturing to emergency production, nothing about halting layoffs or increasing Employment Insurance to 90% and extending it to all workers, nothing about public takeover instead of corporate bailouts.

Such a weak, timid response during a profound social and economic crisis is completely unacceptable. It represents an abnegation of responsibility at precisely the moment when trade unionists – and the entire working class – need decisive, class struggle leadership.

The CLC leadership needs to step up…or step down.