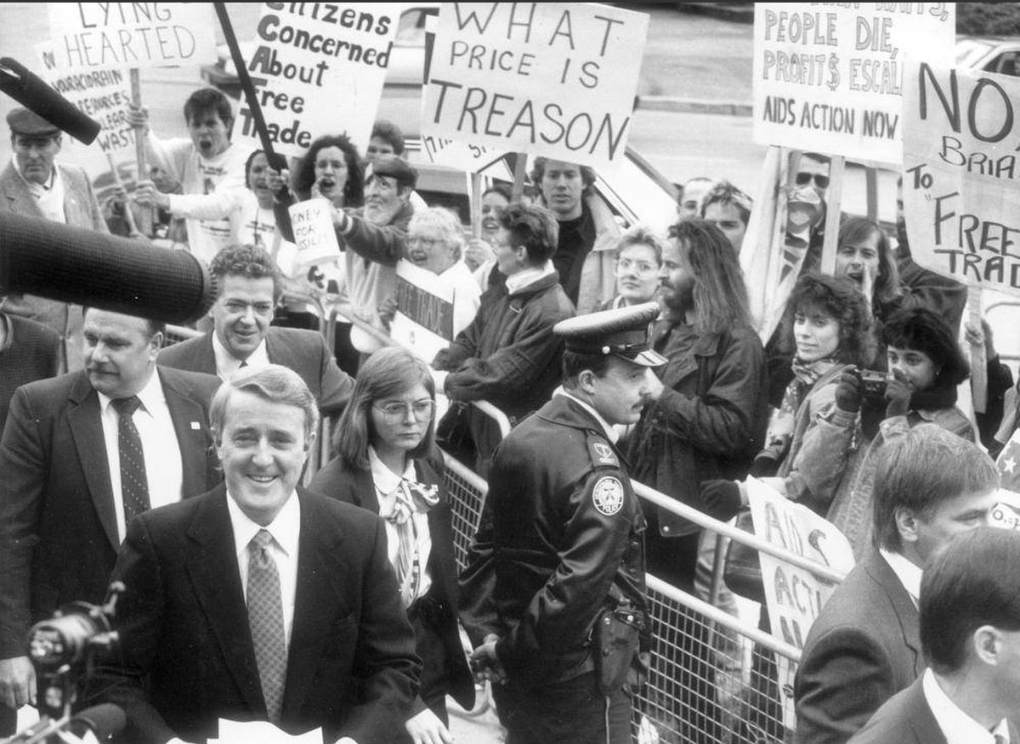 As this issue goes to press, legislation enabling the implementation of the US-Canada-Mexico trade agreement is progressing smoothly through Parliament. Too smoothly. Bill C-4 has already passed its second reading and has been sent to committee for review before it comes down the home stretch. It received unanimous support from all parties in the House of Commons, with the exception of the Bloc Québecois.

Seriously, every member of the NDP and Green caucuses who was present voted in favour of this trade deal. In doing so, they essentially committed themselves to fast-tracking implementation of a corporate constitution for North America, one which puts private profit so far ahead of the needs of people and the environment that the latter seem to have fallen out of sight.

And maybe that’s the problem – parties in Parliament really have lost their vision when it comes to proposing progressive economic policies. Nobody expects such policies from the Liberals or Conservatives, who are the most trusted parties of the bourgeoisie. But the NDP and Greens pose as alternative voices and movements, representing all those who are consistently left behind by the Grit/Tory corporate cabal. And yet, these two parties routinely fail spectacularly when it comes to the key task of projecting an alternative economic program. At best, they argue for bigger crumbs from the heaping plate of capitalist plunder, pitifully projecting a version of trickle-down economics that has already, and repeatedly, been discredited. In the process, they promote the illusion that capitalism – neoliberal capitalism at that – actually holds a promise of social equality, environmental security and shared economic prosperity for all.

The NDP’s capitulation is particularly disappointing because many activists in that party, and the trade unions that support it, were steeled in the struggle against NAFTA and the Canada-US Free Trade Agreement which preceded it. It reveals the bankruptcy of social democracy when these organizations cannot even muster the resolve to present a consistent opposition to a renegotiated – and worse – version of the NAFTA trade deal that has decimated jobs, wages, entire industries and the communities that rely on them, and the trade union movement itself.

It isn’t surprising that the Bloc voted against Bill C-4. Quebec dairy farmers have mobilized against the USMCA because it weakens the supply management system that they rely upon. (Farmers across the country benefit from supply management, but Quebec’s dairy industry is composed of a particularly high proportion of small producers who are especially threatened by large agri-business corporations.) But even though its opposition to USMCA is important, the Bloc doesn’t provide a coherent economic vision based on working class demands and climate justice.

Truly, the only party that has consistently opposed USMCA, and called instead for withdrawal from NAFTA and all corporate trade deals, is the Communist Party of Canada. Unfortunately, there are no Communists in Parliament to voice this opposition. Without this, and without even a whimper from the “friend of labour” NDP, it falls to the extra-parliamentary struggle to fight for progressive trade and economic policies, ones that are rooted in full employment, climate justice, peace and anti-imperialism.

As Parliament sleepwalks towards another devastating trade agreement, labour and progressive forces in this country need to hit the streets and demand better. We may not prevent passage of C-4, but the struggle against USMCA and corporate dominance (and, ultimately, against capitalism generally) doesn’t rest on one deal or one piece of legislation.

And we certainly won’t block USMCA if we don’t fight it.