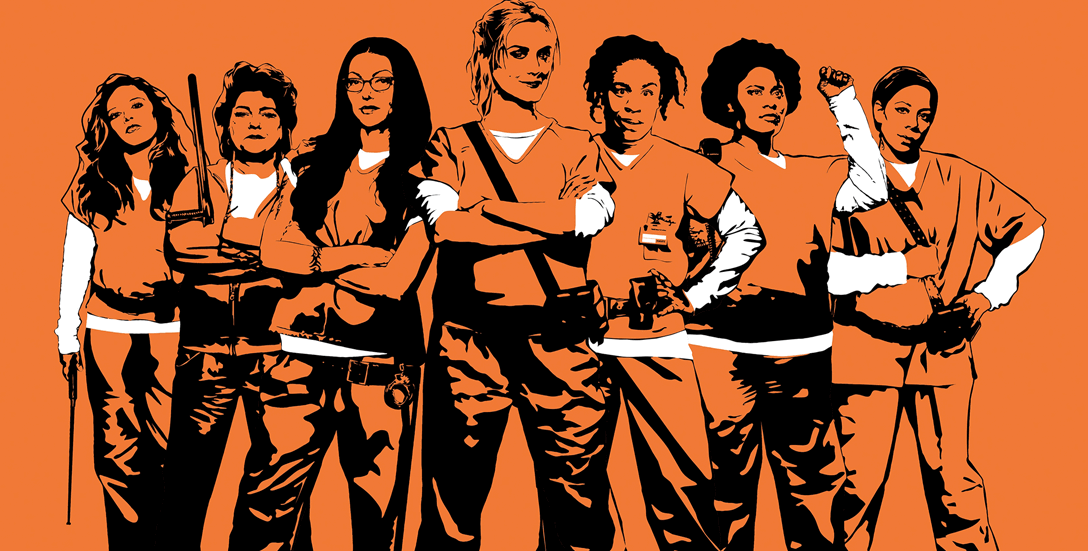 Orange is the New Black

Orange is the New Black (OITNB) has become a fan favorite on Netflix, being the most popular series on that platform. The final season of this franchise is also its most overtly political. For those who may not be familiar, the series is based on the real-life story and memoir of a normally law-abiding young woman who finds herself having to serve a year and a half in a minimum security women’s prison. She was sentenced for a non-violent drug-money smuggling offense.

The seventh and final season explores issues of mass incarceration in for-profit prisons, mass deportations, drug policy and immigration reform. There is specific mention of the policy changes implemented by the Trump administration.

One of the most evocative aspects of the final season is its dovetailing with the actual, real-life experience of the actors. Diane Guerrero, for example, plays the very popular character Maritza Ramos who is deported to Colombia as she had not been born in the US. In real life, Guerrero’s parents and older brother were deported to Colombia when she was only fourteen; as a young girl, born in New Jersey, she was able to remain in Boston. She soon took up acting, and now is a very prominent advocate for fundamental changes to immigration policy in the US.

Another very poignant depiction of immigration practices shows children, including babies, having to defend themselves without legal counsel in immigration court. There is also a tearful depiction of an obscene aspect of Trump doctrine, when one young woman is deported and her children, separated from her at the border, are fostered and then adopted by an American family. Although sometime difficult to watch, the final season of the program reflects the reality of what many parents in that position now face.

The final season includes representation of what happens to many ex-convicts once they are released from prison. For example, many are obliged to pay for their own drug-testing and they often have difficulties finding employment, due to their status. One OITNB character is portrayed obtaining a full-time job in a nursing home, upon her release from prison. Despite working full-time, she has to live and sleep in a “tent city” for people experiencing homelessness. With a lack of genuine opportunities, parolees may also turn to illegal means of raising money. The series does not romanticize or glorify behavior; it merely illustrates why so many marginalized people turn to criminal acts when their legitimate earning capacity is destroyed by stigma.

One of the aspects of for-profit prisons that is explored in this season is the constant attempt to remove all rehabilitative programs within American prisons as a part of cost-cutting initiatives.  When correctional systems are contracted out to the private sector, there is a complete abandonment of even a pretense that prisons serve to rehabilitate offenders. As governments, particularly in the US, “get tough on crime” they enact mandatory custodial sentences, which then lead to increased profits for their corporate friends.

One of the most exciting facts of this season is its refreshing depiction of ongoing lesbian relationships. The principal character, Piper Chapman, develops intense feelings for a fellow inmate, Alex, with whom she has a long emotional tie. They go on to be “prison married” and to try to live their lives together. Piper, though, receives early parole, while Alex remains incarcerated. A female prison guard develops an attraction for Alex, and when she realizes that Alex is committed to Piper the guard conspires to have her transferred to another prison out of state. This attempt to end the relationship fails, as Piper leaves home and travels extensively to be with her still-imprisoned partner. The series does not romanticize or reify their relationship, but rather shows them as real people with real lives.

The series also explores the role played by correctional officers (COs) in prisons, including a real portrayal of how reactionary guards can be. When a young black woman is promoted to warden, many white guards do everything they can to undermine her position. Several of the guards are clearly sadistic and abusive, including forcing some inmates into smuggling and trafficking drugs within the prison.

Popular culture usually reflects the dominant ideology in capitalist countries, but it can also clearly project elements of profound resistance. Orange is the New Black emerges from this spirit of resistance, and this why it is so celebrated.