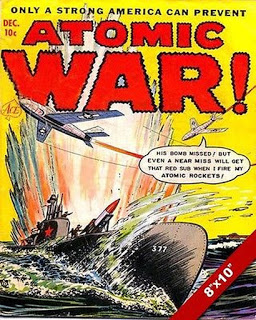 Written on the eve of the October Revolution, Lenin’s “The State and Revolution” is a fundamental contribution to Marxist thought, clarifying the nature of the State and its role in revolutionary society, i.e. “the dictatorship of the proletariat” – the rule of the working-class majority over the owning class minority.

Imperialism in the 20th and 21st Centuries has confirmed the basic analysis of V.I. Lenin, who showed how the monopoly stage of capitalism ushers in imperialist wars, and that only socialist revolution can bring them to an end. Two world wars of unimaginable slaughter and destruction have confirmed Lenin’s basic thesis and also led to the end of the old colonialist European rule and the emergence of the USA in mid- 20th century geopolitics as the latest centre of global imperialist domination.

The powerful wave of anti-colonial national liberation movements and the emergence of a socialist bloc of countries after World War ll re-shaped some of the characteristic features of modern imperialism but not the intrinsic expansionist motive-force of monopoly capitalism.

After WWII the dynamic of inter-imperialist rivalry for control of colonies and spheres of influence which led to World War l and World War II was halted temporarily by a new war drive against socialism. The post-Cold War world order delivered global overlord power to the U.S. ruling class, but there are growing contradictions that may re-order the established global disorder once again.

With the success of anti-imperialist parties to capture power electorally in key Latin American countries since the 1990’s and the rise of China as a rival to US economic global reign, a new period of a multi-polar contest for global economic reach has become today’s contemporary focal point of US imperialism’s drive to war and conquest by means of direct military attacks, coups, hybrid wars, the enlistment of mercenaries from the impoverished strata, global surveillance, the use of sanctions to starve out the peoples, and the ongoing US trade war on ascendant China.

Lenin’s core diagnosis of our epoch remains transparently correct: war is a key feature of the imperialist stage of monopoly capitalism. This threat underscores the need for the global anti-imperialist struggle in creating a new world based on social ownership of the key means of production and inter-human cooperation to heal a world desperately ravaged by climate change and the breakdown of a sustainable ecology. The future is Socialism.