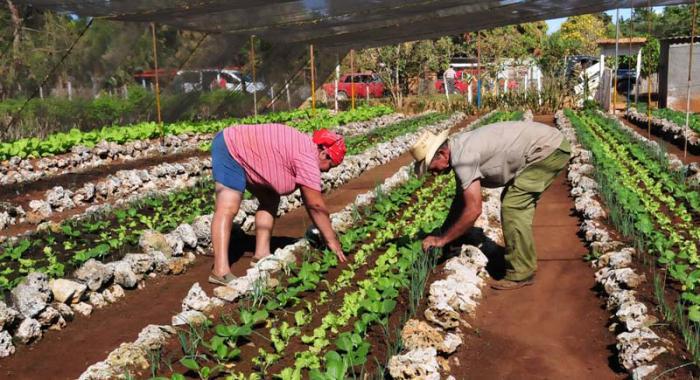 Greta Thunberg has become a powerful icon in our popular culture, with Time magazine naming her the Person of the Year for 2019. While many governments and business leaders, including Donald Trump, have lashed out at her activism and even at her personally, the concern regarding climate change and other environmental issues is clearly growing. Part of this interest can be reflected in the current movement towards veganism – abstention from using or consuming animal products. For some people, a plant-based diet is a path to weight loss and other health and well-being goals; for others, it is rooted in environmental concerns and an embrace of “animal liberation.”

How should Marxists respond to the arguments in favour of animal liberation? What position should we take on the growing view that animals should not be used for agricultural purposes? Is there a way for us to address this movement in a principled political manner? A failure to address animal liberation in a serious way could contribute to the perception that Marxists don’t really care about environmental issues.

In itself, veganism is politically neutral. In the book, Vegan Freak: Being Vegan in a Non-Vegan World (2010), Bob and Jenna Torres point out that veganism has representation from every political system of belief on the planet; this even includes Adolf Hitler. Hitler’s veganism was based on the Nazi concept of the purification of the body, but we certainly should not dismiss the movement based on a fascist conception of purity. What makes veganism a concept worth exploring is precisely the way that the movement can address core political issues such as class, exploitation, and alienation.

Some progressives have completely written off the vegan approach as being liberal or bourgeois in its origins. This is a reasonable response to the narratives currently employed by the People for the Ethical Treatment of Animals (PETA), perhaps the most vocal vegan organization in the West. Many may appreciate their videos or online posts about the importance of stopping animal cruelty, and Marxists can certainly agree that measures could reasonably be taken to stop needless suffering.

For most of us, however, that’s where the agreement stops. PETA has acted in ways that have, rightly, been condemned as “environmental racism.” Activists such as Pamela Anderson have famously fought against the seal hunt. But attacks on the seal hunt can lead to a racist and imperialist approach which attacks the traditional practices of Indigenous peoples around the world, particularly those based on hunting, gathering and fishing. It can be very hard to imagine that those living in far-north Arctic regions will be able to find their protein source from plants.  Eating seal and caribou can be essential to the provision of protein in one’s diet.

Approaches like PETA’s have also focused on personal responsibility and the practice of “ethical consumption.” This view holds that individual consumers should personally adopt a vegan lifestyle in order to personally stop the exploitation of animals by the agricultural sector. But within a capitalist framework, just how are our personal eating habits going to change agricultural industry?

We also need to explore the fact that, when a product has been labelled “vegan” it can literally be sold at triple the price. Most working class and poor families cannot afford to have their grocery bill tripled; as a result, many workers have ruled out living a vegan lifestyle. It doesn’t have to be this way. The vegan diet is typically made of fruits, vegetables, grains and legumes. There is absolutely no reason for such food items to be more expensive than meat, dairy, eggs or honey. Corporations have co-opted veganism by making “vegan” products so expensive, and we need to challenge that.

Another concern is the attack on members those religious communities who traditionally have included meat consumption in their diet. Many vegans, for example, have criticized the practice of Halal meat production in which an animal’s throat is slit, calling it cruel. Arguments based on Islamophobic claims absolutely need to be rejected around the world.

Having explored and rejected a liberal bourgeois argument, is it possible to adopt a class-based, or Marxist, approach to veganism? There are some issues which could form the basis for just such a position and practice.

A “Vegan Marxism” needs to take, as its starting point, solidarity with all workers who are currently employed in the field of animal agriculture. In North America, meat is extremely popular as a source of protein and as a culinary enjoyment. Many of us can remember fond memories of a family day in the summer around a barbecue; at the same time, most of us don’t really want to think about the fact that the meat we love so much came from a sentient, caring and loving animal. As a result, those workers who are employed in slaughterhouses, meat packing plants, and butchery operations are typically workers considered to be “at the bottom of the ladder.”  In the US, for example, it has been shown that workers in this field are over-represented by undocumented Mexican migrants. Several films on the Netflix platform, such as Cowspiracy, address this phenomenon. Major agricultural firms will employ such workers because they can more easily get away with paying them poorly. “Vegan Marxists” must take the material interests of such workers to heart.

Marxists who follow a vegan approach often point out that animal-based agriculture is simply not sustainable. The amount of resources needed to produce a pound of meat, for instance, includes the feeding and grazing of cattle at a level of immense proportions. Animal-based agriculture is currently the largest industrial contributor to environmental destruction. Consider, for example, the deliberate burning of Amazon rainforests in Brazil to make way for cattle ranching. Beef and dairy production require a massive amount of water and resources, such as corn and soybeans, which could be used to feed people directly. Each year, the amount of cattle on Earth increases beyond the level that would occur by nature. Cattle used for dairy are artificially inseminated so that they will give birth, which means they produce milk. Calves produced in this way are typically diverted to veal production. Beef and dairy production demand more available land, which, under a capitalist framework, means the destruction of forests (the lungs of the Earth) and the theft of Indigenous land all around the world.

In North America and Europe, meat and dairy production is heavily subsidized. Those subsidies reflect a decision, made socially, to value such production.

It is very difficult to imagine that animal liberation or the ceasing of environmental degradation can be achieved under a capitalist framework. Under socialism social resources can be harnessed in a way which is based on a more sustainable model of development.

With this in mind, it is not only possible but critical to develop a class-based approach to the environmental movement. In the process, more environmental activists can be convinced to seriously embrace an anti-racist and anti-imperialist framework. Such an effort is urgent, for the socialist movement and also for our planet.