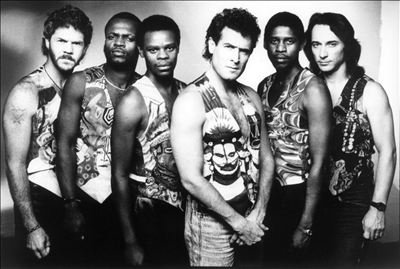 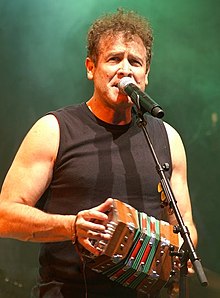 Johnny Clegg, the South African musician who defied apartheid by forming two highly successful biracial bands, died at his home in Johannesburg on July 16 after a long fight with cancer. Clegg’s first band, Juluka, began in 1969 as a duo with co-founder, Sipho Mchunu, a Zulu migrant worker and musician. Juluka, the first biracial group of the South African apartheid-era, was closely identified with the anti-apartheid resistance, as was Clegg’s second band, Savuka, founded in 1986. Both groups were bilingual, singing in Zulu and English, and blended South African music with Celtic and Anglo-American pop influences. Johnny Clegg was born in England. His Scottish father and Jewish mother divorced when he was an infant, and Johnny moved with his mother to Zimbabwe, then called Rhodesia. At the age of six, the family moved to Johannesburg where Clegg, as an adolescent, was exposed to the music and dance of the city’s migrant workers. He apprenticed himself to Charlie Mzila, a flat cleaner by day and musician by night, who taught him to speak Zulu and play guitar in the Zulu style. Clegg was first arrested at age 15 for violating apartheid curfew laws. Two years later, Clegg and Mchunu, as Juluka, confronted the apartheid system. Their concerts were broken up and they were arrested by the police. But Juluka expanded to six musicians – three white and three black – and became one of the inspiring cultural ensembles of the freedom movement. When Sipho Mchunu retired from music in 1985, Juluka disbanded but Clegg formed Savuka and carried on into the post-apartheid era. Despite opposition from apartheid authorities, both Juluka and Savuka achieved considerable international success, with tours of Western Europe and North America, and a series of best-selling albums. In addition to his musical achievements, Johnny Clegg was a respected scholar. During the early years of his musical career he lectured at the University of Witwatersrand and published papers on Zulu music and dance. A public tribute to Johnny Clegg, held in Johannesburg on July 26 and broadcast by SABC, can be viewed on YouTube. 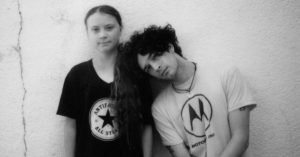 climate emergency. Thunberg’s spoken word track, with instrumental backing, is based upon her celebrated speech to the World Economic Forum in Davos, Switzerland in 2018 when she was 15 years old.

The track, released in late July, will open The 1975’s fourth album, Notes on a Conditional Form. Proceeds will go to Extinction Rebellion, whose members engage in civil disobedience across the globe to demand that governments take bolder action to address the climate crisis. The 1975, one of the most popular bands of the past decade with three million-selling albums, saluted Thunberg: “Greta you are an outstanding human. You were there when Extinction Rebellion launched back on Parliament Square just nine months ago. Again and again you showed your support in meaningful ways.” Thunberg, a Nobel Peace Prize nominee, told The Guardian: “I’m grateful to get the opportunity to get my message out to a broad new audience in a new way. I think it’s great that The 1975 is so strongly engaged in the climate crisis. We quickly need to get people in all branches of society involved. And this collaboration, I think, is something new.” To hear the track visit www.rollingstone.com.

Alan Willaert, American Federation of Musicians Vice-President from Canada, is calling on this country’s 17,000 unionized musicians to gear up for class war. Willaert’s report on the May meeting of the Canadian Labour Congress Canada Council, available in the July issue of International Musician, described a mixed mood of “elation and trepidation.” He observed that, despite the celebrations of the 100th anniversary of the Winnipeg General Strike and the subsequent achievements of the Canadian working class, delegates were apprehensive about the future. Willaert was disturbed enough to warn fellow musicians that what lies ahead “may become the greatest struggle the labour movement has yet seen in this country.” While the Winnipeg strike was defeated, it inspired labour struggles in the decades that followed that resulted in the entrenchment of significant gains for working people. Sadly, Willaert writes, “the lessons learned in Winnipeg, so long ago, have dissipated”. He warns that today, with a majority of provinces in the hands of right-wing conservatives and the threat of a Conservative win in October’s federal election, the stage is set for government to open up the Charter of Rights. This would include “a push to remove the right of labour to organize, right to work laws, and an attack on the Rand Formula,” as well as attacks on abortion rights, environmental policies, immigration laws, and religious freedoms. “It’s not too late to stop the bleeding,” Willaert says, “but we are five minutes to midnight.”