The Federal Ethics Commissioner’s ruling that Prime Minister Justin Trudeau violated conflict of interest rules, when he pressured then-Attorney General Jody Wilson-Raybould to halt major criminal charges against SNC Lavalin and instead provide a Deferred Prosecution Agreement (DPA), could indeed cost the Liberals the next election.

According to the media and opposition parties, justice would be served.

Would it?  As the Ethics Commissioner inferred, the PM and his staff acted like a political action committee for SNC Lavalin right from the get-go. The mission was not to uphold Canadian laws and let the courts weigh the substantial evidence against SNC Lavalin for its crimes in Libya; it was to prevent these charges from ever coming to court. SNC Lavalin knew, as did the federal government, that the evidence was so damning that a guilty verdict was virtually inevitable. Its long history of bribery and corruption in the 51 countries around the world where it has operations is so long and so appalling that even the World Bank banned SNC Lavalin from bidding on contracts for 10 years.

SNC Lavalin also has a history of corruption in Canada. Consider the $2.3 million bribe to get the contract for the Jacques Cartier bridge. Or the $22.5 million bribe for the $1.3 billion McGill University Healthcare Centre contract – the biggest fraud in Canadian history. Or the $118,000 in illegal donations to the Liberal and Conservative parties between 2004 and 2011. Or the nearly $1 million in illegal political donations to the Quebec Liberal Party and Parti Quebecois between 1998 and 2010.

The current charges – the ones the PMO worked so hard to sideline – involve corruption and $48 million in bribes, resulting in the theft of $130 million by SNC Lavalin from various organizations in Libya.

According to Trudeau, the public interest was not to prosecute SNC Lavalin for these crimes, but to bow to blackmail and “save thousands of jobs” that the corporation threatened to pull out of Canada.

The Deferred Prosecution Agreement route, established by the transnational corporations and their governments in the US, UK, and now Canada, is the “get out jail free” law that lets corporations break laws and avoid criminal prosecution. Instead of enforcing the law, a DPA allows a corporation to pay a fine, acknowledge guilt, and promise not to do it again.

It’s worked so well for the corporations that the same TNCs have come back again and again for DPAs in the US and the UK. It’s just a cost of doing business, which is why SNC Lavalin pushed the Liberals to introduce DPA legislation in the 2018 federal budget.

None of the opposition parties, including the NDP and Greens, opposed Deferred Prosecution Agreements when this went through Parliament last year. There was no hue and cry from Tory leader Andrew Scheer – in Parliament or outside – about the enormous power that DPAs gave to corporations and about the danger to democracy and the rule of law that were the built-in feature of Deferred Prosecution Agreements.

One of the very few organizations that did sound the alarm and call for repeal of the DPA law was the Communist Party of Canada.

So far, the focus has been on Trudeau and the Liberals, as if the problem were limited to a Liberal PM pressuring a Liberal Cabinet Minister who is also Attorney General. But this is the tip of the iceberg – with 90% of the problem submerged in the corporate press and media.

The real issue here is corporate control of the government, of the legal system, and of democracy.

As we approach the federal election, a key question is who to elect to protect working people against corporations?

A sharp shift to the left, including the election of Communists and others committed to sovereignty, democracy, peace, climate justice and labour rights, is the only way forward. With a world-wide recession on the horizon, the likely alternative is a sharp turn to war, reaction and corporatism. 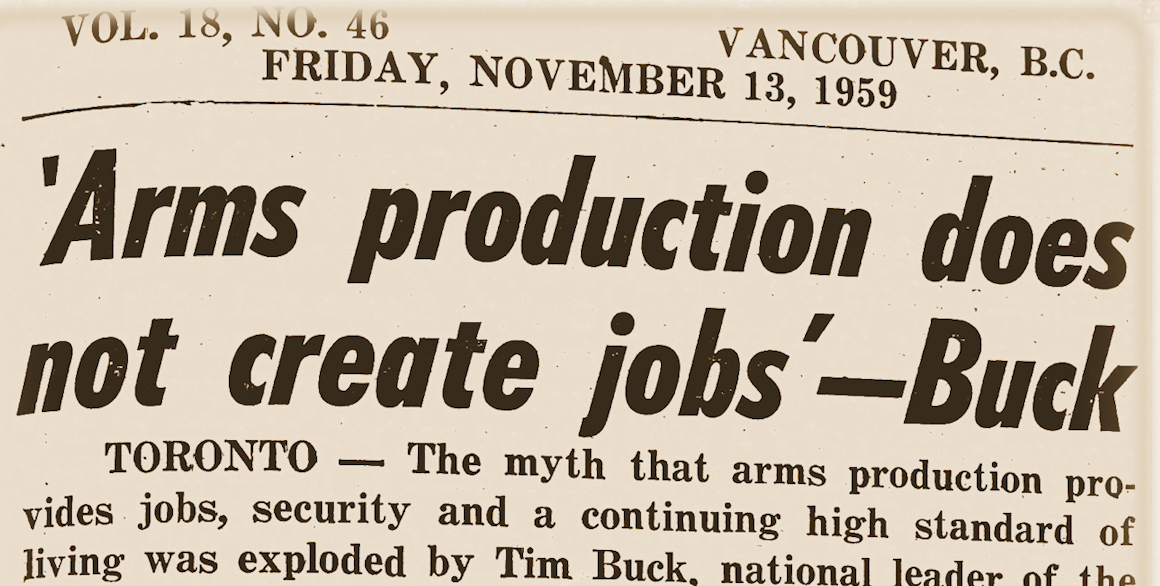 As in 1959, a call to cut military spending and fund people’s needs