“We Are the Halluci Nation”

Since the release of their first album in 2012, Ottawa-based indigenous DJ trio A Tribe Called Red has been one of the most influential groups in Canadian music. Their third album, “We Are the Halluci Nation”, was released last month. Ian “DJ NDN” Campeau, Tim “2oolman” Hill, and Bear Witness, pioneered a new genre, “powwow step”, when they combined indigenous drum group samples with house music electronica. With “Halluci Nation”, they venture into new territory. The powwow beat is still present, but it’s overlaid with poly-rhythms. Rather than employing drum group samples, ATCR works with drum groups Black Bear, Northern Voice, and Chippewa Travellers. Indeed, they collaborate with a multitude of guest artists. While this can sometimes compromise a band’s message, the contributions here succeed as part of a whole. The message is clear – indigenous peoples and their allies stand united in resistance to colonialism. Collaborators include the late poet John Trudell, hip-hop star Yasiin Bey, throat singer Tanya Tagaq, Colombian singer Lido Pimienta, hip-hop artist and broadcaster Shad, Iraqi-Canadian MC Narcy, Australian aboriginal band OKA, and Swedish-Sami singer Maxida Märak. Novelist Joseph Boyden dramatizes “Jack” – a character who telephones from an “Alien Nation correctional facility” with an urgent and inclusive message. Visit www.atribecalledred.com.

Tragically Hip singer and lyricist Gord Downie will play two concerts this month in support of his Secret Path project – a set of songs and a graphic novel honouring Chanie Wenjack, the 12-year-old Anishinaabe youth who died from hunger and exposure after escaping from a residential school near Kenora, Ontario, fifty years ago. Downie, who has terminal brain cancer, performed across Canada this summer with the Tragically Hip. Their tour concluded with a nationally-broadcast concert in Kingston. The Secret Path project includes 10 songs and an 88-page graphic novel by comic book writer and illustrator Jeff Lemire. The album and book will be released on October 18. Downie will perform the songs at the National Arts Centre in Ottawa on that date, and at Roy Thompson Hall in Toronto on October 21. He’ll share the stage with Chanie Wenjak’s family at both concerts. Proceeds will go to the National Centre for Truth and Reconciliation. An animated film, inspired by Downie’s music and Lemire’s illustrations, will be broadcast by CBC television on October 23.

Tony Quarrington, composer, guitarist, songwriter, vocalist, and producer, was honoured by his fellow musicians on August 10th at Toronto’s Black Swan Tavern. “The Songs of Tony Quarrington” featured performances by 15 different artists, each of whom interpreted one of Quarrington’s many compositions. Performers included Laura Fernandez, Glen Hornblast, Brian Gladstone, and Soozie Schlanger. Some People’s Voice readers will recall Tony’s performance at the 38th Convention of the Communist Party last May, where he sang originals like “Sing the Struggle On” and “Joe Hill, Joe Hill We Need You Now”, along with his hilarious satirical blues “Hellhound On My Lawn”. Tony Quarrington’s career in Canadian music goes back to 1966, when he made his debut at the Mariposa Folk Festival. Since then he’s distinguished himself as a bandleader, studio musician, songwriter/composer, JUNO-winning record producer, and master guitarist, in a wide array of jazz and roots music styles. The tribute was presented by Winterfolk, Toronto’s grassroots folk festival, now in its fifteenth year. A live recording of the event will be released at Winterfolk XV next February. For more info visit: www.winterfolk.com and www.tonyquarringtonmusic.com. 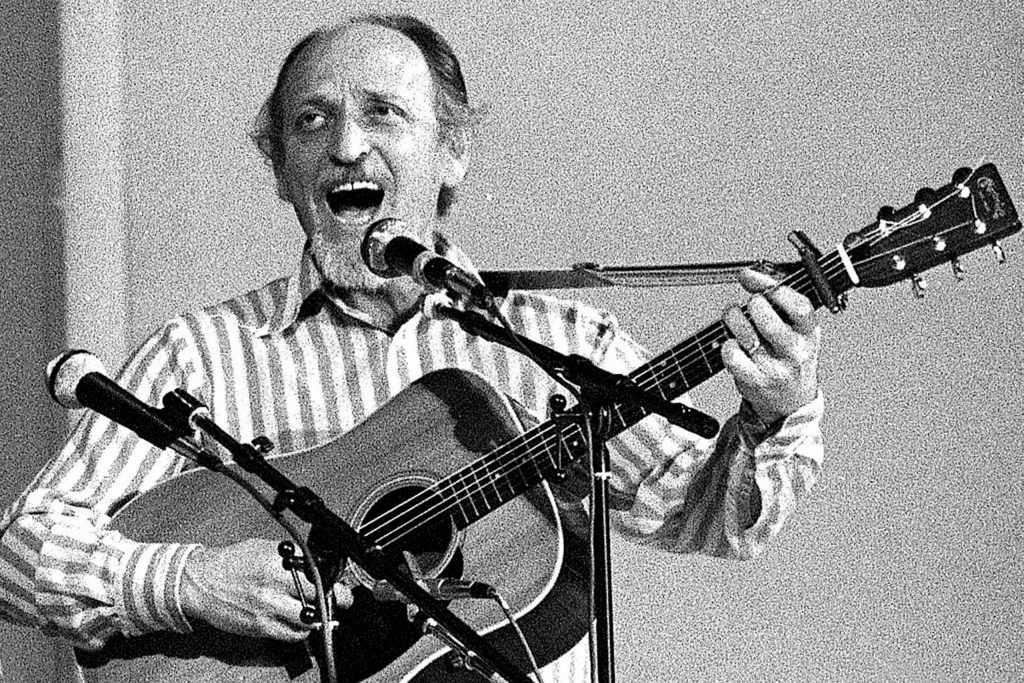 Folk-singer and composer Fred Hellerman, the last surviving member of The Weavers, died on Sept. 8. He was born in Brooklyn, NY, the son of Latvian Jewish immigrants. As a youth, Hellerman was a counselor at the communist Camp Wo-Chi-Ca, where he met singer Ronnie Gilbert. He later joined People’s Songs, the folk music organization founded by Pete Seeger, Lee Hays, and Alan Lomax. Hellerman, Gilbert, Seeger, and Hays were present at the 1949 Paul Robeson concert in Peekskill, NY, where anti-communist vigilantes, abetted by local police, attacked concert-goers with rocks and clubs. Soon afterwards, the four musicians founded The Weavers, arguably the most influential American folk group of the post-war era. The Weavers brought folk music to a mass audience with best-selling hits like “If I Had a Hammer” and “Goodnight Irene”. While temporarily silenced by McCarthyism, they returned triumphantly to the stage in the late fifties. Their 1957 Carnegie Hall concert recording heralded the folk-revival of the sixties. After The Weavers disbanded in 1964, Hellerman carried on as a songwriter, guitarist, arranger, and producer, working with artists like Joan Baez, Harry Belafonte, Peter Paul & Mary, and Judy Collins. While he’ll always be remembered as a member of The Weavers, aficionados of American folk music will find Hellerman’s later career worth investigating. Check out his entry at All Music.