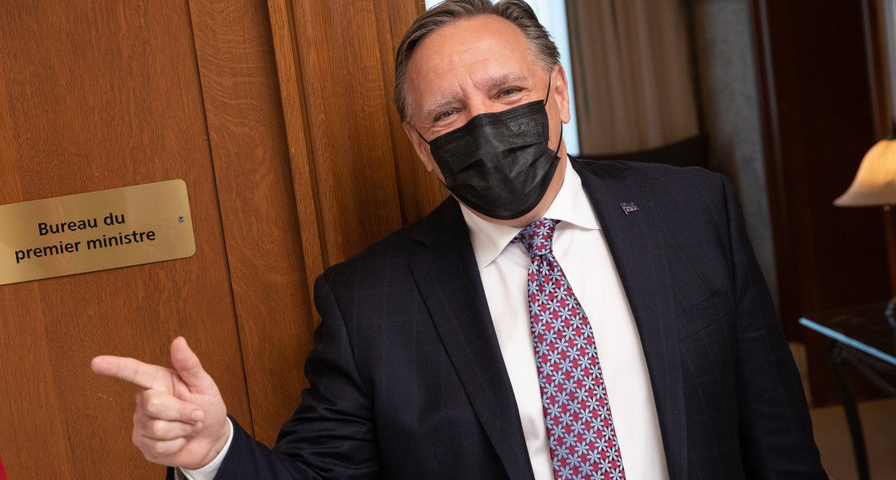 The Parti communiste du Québec (PCQ) is denouncing Quebec’s new language bill as “a useless and divisive political maneuver” by the governing Coalition Avenir Québec (CAQ). The PCQ warns that the real purpose of the legislation, Bill 96, An Act respecting French, the official and common language of Quebec, is “to obscure the key issues facing the working class and shift the political terrain to an area that benefits the CAQ.” The bill has been postponed many times but with a provincial election due next year, Premier François Legault tabled it at the end of May and declared that he wants a debate on the issue in the fall.

The wide-ranging Bill 96 purportedly aims to strengthen Quebec’s law defending and promoting the French language, represented by Bill 101. The new legislation would introduce stricter rules around use of English in workplaces, as well as in the education system, immigration and the courts.

The PCQ is concerned that “the status of French in Quebec is relatively precarious,” and agrees that action does need to be taken to protect the nation’s language and culture. However, the Party says that Bill 96 does not address the problem.

“A government that really took to heart the task of defending the French language and Quebec culture would begin by reinvesting in the cultural sector and adopting a series of policies aimed at democratizing access to it, as well as putting an end to the precariousness of artists and workers in this environment.

“In addition to ‘francization,’ access to education is an important element for migrants who are trying to develop their skills in French. In this sense, access to continuous education plays a key role. However, when we see that the government’s position in public sector negotiations is to keep continuing education teachers’ pay at 50 percent of that of regular teachers, we know that this [access to education] is not a priority.

“As for workplaces, we are convinced that the defense of French as a shared working language requires, like all employee rights, a strengthening of trade union rights, including the right to strike in all circumstances. However, when we know that François Legault himself took a stand for the employers in the Bétancourt aluminum smelter lockout and we know his aversion to unions.

“Conversely, if integration into the workplace, and all the more so in the public sector, represents an important element in the daily use of French, then Bill 21 [the “secularism law”] which prevents access to the public sector to veiled women, only reinforces their isolation and prejudices their learning of French.”

A combination of media complacency, daily press briefings about the pandemic and the COVID-related lack of substantive parliamentary debate has benefited the CAQ, which is currently polling 46 percent support. However, the PCQ says that this will change as the health crisis subsides.

“Given the catastrophic management of this pandemic by the CAQ government, whose leitmotif was always to prioritize capitalist profits over the health of workers, there is no doubt that once the dust settles, [it] will face serious criticism.”

The Party also expects to see renewed debate and criticism about “certain anti-popular measures” including Bill 59, which aimed to dismantle the workplace accident prevention and health and safety system, CAQ denials of the housing crisis and the government’s lies and misinformation about its approach to public sector negotiations.

This is the context in which Legault is rushing to debate and pass Bill 96. “Once the pandemic is under control, the economic crisis it has induced will not be resolved … [so] the CAQ needs a loophole in order to mobilize its electoral base and maintain its electoral popularity,” states the PCQ. “By opening up the thorny linguistic issue, the CAQ is trying to force an identity debate in which it will emerge as the champion of the defense of Quebec.”

The Party notes that this kind of debate, as happened with Bill 21, is set up to use a narrow and reactionary vision to polarize those who are “for” or “against” Quebec.

“The main threat to French in Quebec does not come from non-French-speaking migrants. Nor does it come from the fact that some students choose to do their CEGEP in English. It stems from the ever-greater integration of our economy into that of the United States, from the selling off of our key economic sectors to transnational corporations. This phenomenon is a direct consequence of decades spent under the yoke of so-called free trade agreements. However, for Legault and the CAQ, there is no question of exiting these agreements or of nationalizing the key sectors of the economy and ensuring their democratic control.

“In the context of the 1960s and 1970s when the English-speaking minority held the majority of the economic levers and imposed its language in practically all spheres of society, the linguistic question was at the heart of the struggle for Quebec’s national rights. Today, when Quebec employers are predominantly francophone and French is, in fact, the official language, reducing the national question to linguistic and cultural questions is part of a narrow and reactionary vision which is reminiscent of the “autonomy” advocated by Duplessis. If there is one place where the linguistic issue is at the center of the struggle for the collective rights of a nation in Quebec, it is among the Indigenous peoples, the majority of whose languages ​​are extremely endangered.

“By focusing the debate on the linguistic issue alone, the CAQ deflects Quebec’s aspiration for sovereignty towards a secondary issue that is harmless to capital. It also tries to stigmatize migrants, because they are the ones who, in general, do not speak French, in order to promote a reactionary and exclusive vision of what it means to be Quebecer.”