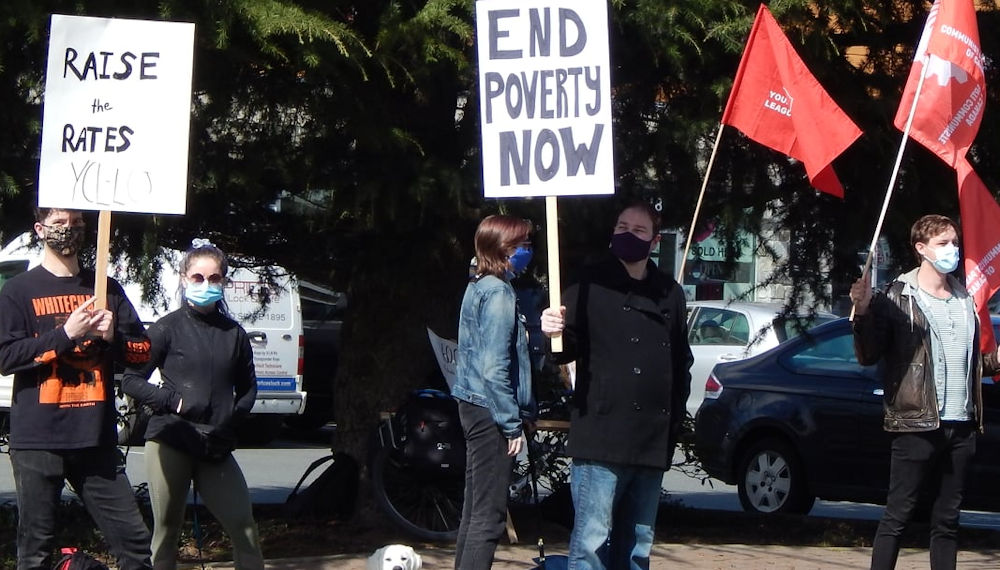 BC budget commentary by the Communist Party of BC

In last October’s election, John Horgan’s NDP appealed for the votes of left-minded British Columbians. Without being shackled to their alliance with the Greens, went the argument, an NDP majority could finally implement a stronger progressive agenda. But on April 20, Finance Minister Selina Robinson instead unveiled a “neoliberalism-lite” budget. Instead of tax fairness measures to require top income earners to pay more, this budget prioritizes deficit reduction, with the goal of a return to balanced budgets within three years. The Communist Party of BC had warned that a Horgan NDP majority would tack to the right, not the left, and this confirms our analysis.

Much of the content in the budget had been announced weeks earlier so there were no major surprises. BC’s business sector has issued generally favourable reviews, since the budget continues the strategy of corporate-friendly taxation policies, support for resource extraction and export projects, and completion of the Site C dam, which is now at least $10 billion over its original costs.

The budget makes it clear that the NDP’s fiscal plan is based on a four-year electoral cycle. That means limiting social spending increases until the next election campaign in 2024, a timeline which allows the government to claim that major new revenues from liquefied natural gas (LNG) expansion will begin to flow into the provincial treasury. But these revenues are based on speculation about a return to high global energy prices, not on economic realities.

Some NDP-aligned movements were left wondering why their wish lists were mostly ignored in favour of gradual, incremental expansion of some high-profile programs. While the NDP blames the COVID crisis and insufficient federal support for provinces, the fact is that from the moment Premier Horgan took office four years ago his government has adopted a go-slow strategy on childcare, housing, healthcare and public education spending.

Instead of the “transformative” measures which progressive activists had urged, Finance Minister Robinson presented only minor improvements at best, such as free public transit for children 12 and under. The $175 monthly increase in social assistance and disability rates is actually $125 lower than the last year’s emergency COVID payments, and much of this increase will be taken by landlords. Instead of serious action to tackle homelessness, the budget offers only about $1 billion annually for housing construction and small amounts for emergency shelters.

On healthcare, the budget announces an investment of $495 million to increase surgical capacity, but surgeries continue to be contracted to private clinics and public funding will largely go into profits instead of investing in the public system. In the midst of the third wave of COVID-19, the provincial budget (like its federal counterpart) does not include any plans for the paid sick days demanded by the labour movement. While the budget contains welcome increases in mental health services and steps to address the opioid crisis (but nothing for urgently needed safe supply measures), this is largely playing catch-up after the previous Liberal government’s shocking underfunding of these emergencies.

The budget contains just $233 million to expand childcare over the next three years, far short of the $1.25 billion promised in the NDP’s election platform. Only 3,750 new $10 a day childcare spaces will be added. Since the government does not prioritize expanding the non-profit childcare sector, the proliferation of for-profit providers will continue.

Many more examples could be listed, but the bottom line is stark. At a time when working-class and low-income people in British Columbia face a deepening social and economic crisis, Premier Horgan and Finance Minister Robinson have served up a neoliberal budget that satisfies the corporate sector and the wealthy, garnished with a few minor improvements and promises that things will get better when energy prices eventually rebound.

We say: NO to this right-wing budget. The Communist Party of BC will continue to campaign for real change: raise income assistance and disability rates to at least $2000/month; roll back the massive tax breaks for the corporations and upper-income brackets (which cost an estimated $3 billion in lost annual revenue); cancel Site C and the LNG projects; paid sick days for workers; emergency action to build low-income housing for all.