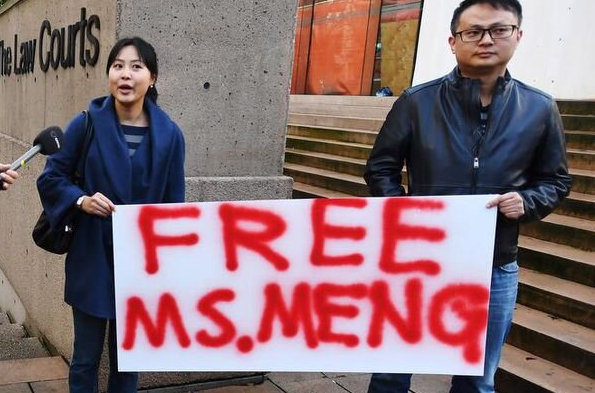 It is clear, to many at least, that Western governments and the corporate-owned mass media lie when it suits them.

The 1965 Gulf of Tonkin Incident in which the North Vietnamese fired on US vessels, Iraq’s weapons of mass destruction, Muammar Gaddafi’s plans to massacre several hundred thousand civilians in Benghazi, the Syrian government’s use of chemical weapons against its people. All were lies.

No country is perfect or has solved all its problems. Yet, the charge that China is conducting a genocide against Uyghurs is a vicious lie.

Genocides of Indigenous peoples have been carried out by colonial states and settlers in Canada, the United States, Australia and New Zealand; of Jews and others by Nazi Germany; of 500,000 to 1,000,000 ethnic Chinese communists by Indonesian generals in 1965.

No genocide has taken place in Xinjiang. The Uyghur population increased from 10.17 million in 2010 to 12.71 million in 2018 – an increase of 25 percent in nine years. Over the same period, the Han Chinese population of Xinjiang grew by 2 percent from 8.8 million to 9 million.

What about China holding one to two million Uyghurs in concentration camps? The population of Ottawa is 1 million and that of Montreal 1.6 million. The internet contains satellite pictures of the ship that was stuck in the Suez Canal in March – the photos are so clear that the numbers of containers on the top row of the ship can be counted. Where are the satellite pictures of the large prisons that would be required to hold such huge numbers of prisoners in Xinjiang?

China did set up vocational and re-educational schools for the tiny minority of Uyghurs who were influenced by the terrorist East Turkistan Islamic Movement (ETIM), which wants to establish a caliphate in Xinjiang. The ETIM has the blessings of the US, as did the mujahideen once, as well as the Islamist terrorist groups in Syria.

Terrorism afflicts Pakistan too. Did the state provide vocational or re-educational schools, or economic development to the areas influenced by the terrorists? No, it sent in the army, helicopter gunships and tanks to root them out from their main bases in Khyber Pakhtunkhwa province next to Afghanistan. Thousands of civilians were killed and wounded, a huge number of houses were destroyed and over one million people were displaced. But there was not even a peep of criticism from western governments – there were only calls for the government of Pakistan to do more.

Similarly, Israel constantly brutalizes the Palestinian people. US and Canadian political leaders not only don’t criticize Israel, but they also actually support it.

Western imperialism has killed and wounded millions; devastated cities, housing and infrastructure; and created millions of refugees in Muslim-majority countries like Afghanistan, Iraq, Libya and Syria. Now, imperialist states want to fool us into believing that they are concerned about the Uyghurs in Xinjiang!

The claim that China does not allow Muslim Uyghurs to fast or forces them to eat pork is simply laughable. How would it even do this – through force-feeding? I visited Xinjiang in the summer of 2019 and saw many Halal meat shops in the Uyghur area of Kashgar. I was there during Ramadan and saw plenty of Uyghurs openly eating during fasting hours – something fundamentalists in some Muslim-majority countries wouldn’t allow. There are 24,000 mosques in Xinjiang and restaurants there serve Halal food. Visitors can plainly see men wearing beards and women wearing the headscarf.

Does China not allow Uyghurs to use their language? As I did, visitors will see Uyghur signage on buildings and newspapers, and hear Uyghurs speaking their language openly in restaurants, on sidewalks and in parks.

Does China forcibly sterilize Uyghur women? There is no logic to this charge. Uyghurs and other national minorities in China were exempt from the one-child policy applied to the Han Chinese for four decades from 1978 to 2017. Furthermore, the approximately 12 million Uyghurs are only 0.85 percent of China’s total population of 1.4 billion. Why would China want to restrict their population now?

But, what about the falling birth rate among Uyghur women? This has happened for the same reason birth rates have fallen elsewhere: higher education and more and higher-paid jobs for women outside the house; less necessity for parents to have large numbers of children to take care of them in old age; urbanization; weakening of patriarchal controls (though they still exist) and the strengthening of women’s independence, including control over their bodies.

It is true that development in China, especially since 1978, started on the east coast, then moved to the centre and was late in coming to Xinjiang. However, since around 2000, with the central government paying special attention, Xinjiang has developed rapidly. Per capita GDP is US$8,300 – much higher than neighbouring India’s $6,700; Pakistan’s $5,860 or Bangladesh’s $4,700. In virtually all areas – infant and maternal mortality rates, life expectancy, food intake, literacy and education, housing, health care, women’s freedoms, availability of clean drinking water and sanitation facilities, infrastructure, science and technology – Xinjiang has shown great improvement and is far ahead of India, Pakistan and Bangladesh.

People will eventually see through the imperialist lies but, for now, many believe them because they are repeated in Goebellian fashion, 24/7, by the mass media. These lies have a special effect on those who have internalized the anti-communism that has been pumped into them from childhood. There are also many who do not analyze politics through the prism of capitalism and imperialism.

This brings me to the leadership of the Canadian Labour Congress (CLC), the highest body of organized labour in Canada with 3.3 million members.

In fairness, the CLC took strong positions against apartheid in South Africa and Pinochet’s brutal dictatorship in Chile, as well as in solidarity with the Palestinian people’s struggle.

In other matters the CLC leaves much to be desired. For example, it won’t take an active role in marking May Day, the international day of the working class. Nor will it use the ‘c’ word – no, not ‘communism’, but class, like the working class it represents. Nor, for that matter, does it use terms like imperialism. This is not to deny that there are union leaders who are committed to the working class and are opposed to capitalism and imperialism.

In some cases, the CLC and the AFL-CIO in the US seem to act like foreign policy arms of their respective governments. Like the AFL-CIO, the CLC wined and dined the anti-communist Lech Walensa of Poland’s Solidarnosc, probably the only “labour” leader to have addressed the Canadian Parliament and the US Congress. The CLC should evaluate that support now and ask whose interests are served by a fully capitalist Poland, integrated into NATO and heavily influenced by religion: workers, women, secularism, peace?

In line with Washington and Ottawa, the AFL-CIO and the CLC supported the fundamentalist and misogynist mujahideen in their counter-revolutionary war against the April 1978 Afghan revolution, which was led by the People’s Democratic Party of Afghanistan (PDPA). Here too, the CLC needs to reflect on whether Afghanistan has been better for workers, peasants, women, minorities under the mujahideen or Taliban or even now, than under the PDPA.

Now the CLC is dancing to the “China is committing genocide against the Uyghurs” tune played by the capitalist ruling classes of the West, in imperialism’s Cold War against China and its leading Communist Party.

Many people believe that NATO attacked Iraq and Libya because of “faulty intelligence” but the opposite is true. The US had already made the decision to attack Iraq, Libya and Syria and it manufactured “evidence” to justify the aggression. The decision to ramp up this new Cold War against China goes back at least to the Obama administration’s 2011 “pivot to Asia”. One of the justifications for it is the supposed genocide of Uyghurs.

It is surprising that the CLC cannot see that an “enemy” enables the military-industrial complex to suck ever more resources into its insatiable maw at the cost of, for example, affordable housing, drinking water for Indigenous people, free childcare and university, better healthcare or higher pensions, while continuing to despoil the environment too.

It is not surprising that the growth of prejudice and violence against Canadians of Chinese ancestry – violence which the CLC justly condemns – is directly linked to the anti-China narrative pushed by Western governments and the mass media. The CLC must call on the Justin Trudeau/Christia Freeland Liberal government to release Meng Wangzhou, whose arrest in response to US pressure has led to needless tensions between Canada and China. Labour leaders should call for an end to the anti-China propaganda and be in the forefront of a peace movement that, among other things, calls for an end to this Cold War against China and its replacement with peaceful and mutually beneficial relations.

That is a policy in the best interests of the working classes and peoples of Canada and China.