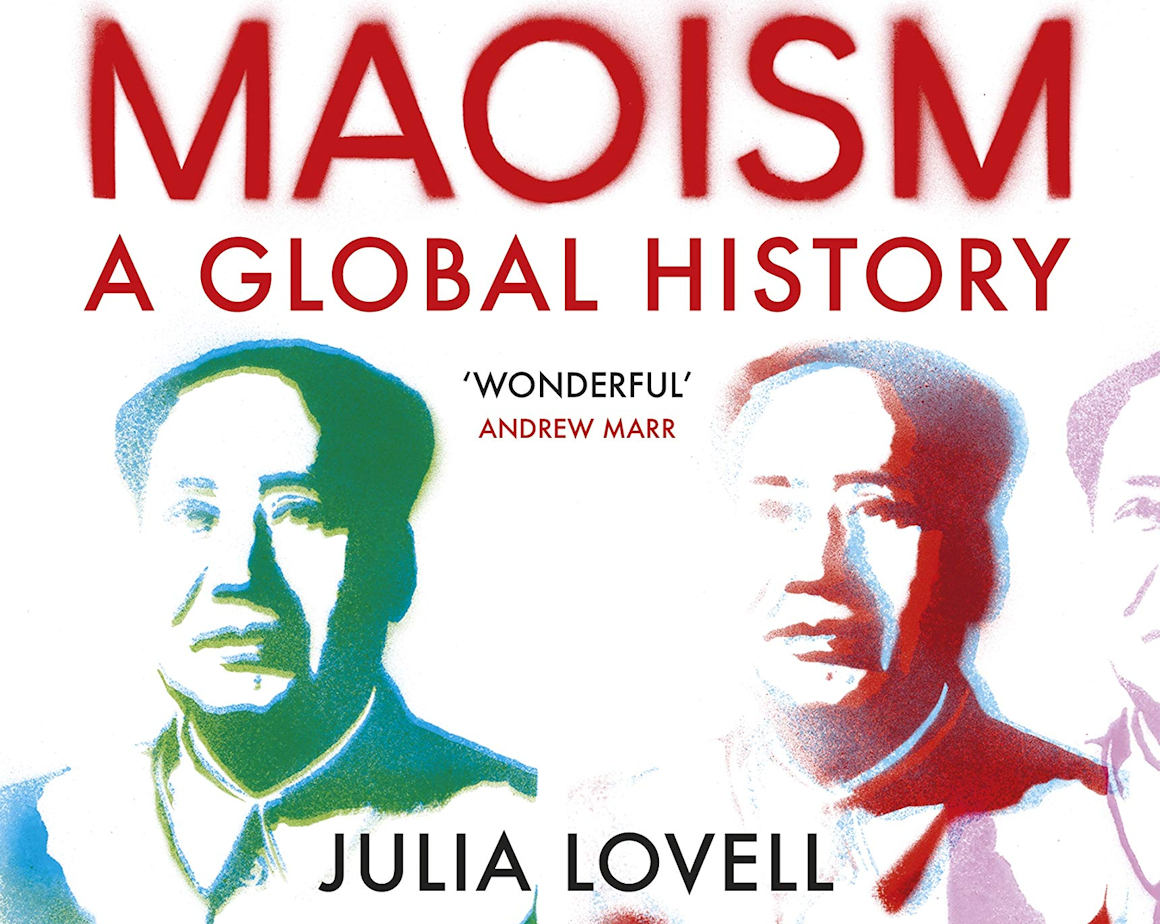 Julia Lovell’s book is a detailed study of the history, impact, appeal and legacy of Mao Zedong and Maoism globally. She explores the Maoist movements in the People’s Republic of China (PRC), India, Peru, Southeast Asia and the United States.

There is a renewed interest in Maoism in North America, as recent struggles for civil rights and liberation of oppressed people are reopening tactical and theoretical discussions. Many activists in the United States are taking interest in the example of the original Black Panther Party, an organization made up of committed Marxist-Leninists who were heavily influenced by Mao Zedong. The United Panther Movement, a fairly new organization, has taken up the example of the original Panthers.

At the same time, the PRC has been in the news a great deal as the US, Canada and other Western powers foment a new Cold War, this time with China in the crosshairs. Clearly, the PRC is in position to challenge the hegemony of US and other Western capitalist nations. Discussions around the legacy of Mao and Maoism have reverberated through Marxist-Leninist parties internationally – Maoism specifically explores the ways Maoists regard the PRC as it is currently governed.

Lovell documents how many Marxist-Leninist parties have adopted key elements from Mao, including his tactics and practice of criticism and self-criticism as applied to party organizations.  His quotations and slogans have inspired communists for decades and help show why Mao is viewed as a great figure and leader in the international communist movement. His phrase “women hold up half the sky” relates to women’s potential in society and in the Chinese Communist Party – a more positive conception for women than what their own society had given them. “Serve the people” and “dare to struggle, dare to win” reflect tactics for engaging the masses.

The book includes a study of the Sino-Soviet split that followed Stalin’s death and Khrushchev’s leadership of the Soviet Union. Lovell discusses Mao’s disagreements with Khrushchev’s speech to the 20th Congress of the Communist Party of the Soviet Union and his subsequent “de-Stalinization” process, prompting the Chinese leader to begin referring to the USSR as “phony communism.” She also writes about shifts in PRC foreign policy, reflecting the Maoist view that the USSR was as much an enemy as the Western capitalist states. For instance, she documents the fact that the PRC refused to allow Soviet military aid from reaching Vietnam and that the PRC was preparing for nuclear war with the USSR.

Lovell also explores developments after Mao’s death when, under the new leadership of Deng Xiaoping, the Cultural Revolution was considered and represented as a mistake. Deng also introduced market reforms and developed the idea of “socialism with Chinese characteristics.”  Many Maoists opposed these changes and concluded that Chinese socialism had ended, a perception that has not changed in the years since. Lovell argues that, while potentially unpopular among communists around the globe, many of these reforms have led to significant improvements in the lives of the Chinese people. In fact, many Marxist-Leninist parties have concurred with that analysis.

Maoism has inspired many organizations and insurgencies, particularly in the “Third World.”  For many such movements there, the PRC model was inspiring because it was not based on the two main superpowers — the US and the USSR. The “New Left” movements which developed in the West in the late 1960s were often rooted in Maoist or Trotskyist tendencies which repudiated both American and Soviet leadership.

After Mao’s death, as new Maoist movements arose in places like Peru, Marxism-Leninism-Maoism (MLM) became codified as a “new synthesis” of communism. This approach particularly inspired activists in the “First World” who have positively interpreted Mao’s conception of the lumpenproletariat. While most classical Marxists hold that the industrial working class has the better ability to forge a revolution because of its connection to the means of production, MLM and “Third Worldist” movements often argue that the working class in the West has too much at stake under capitalism to commit to a socialist revolution. Based on the view that the people who have been excluded from the labour market can more easily become the vanguard as they literally have nothing to lose but their chains, Maoist thought promotes the role of the peasantry as a revolutionary force.

Lovell notes that Mao felt Marxism-Leninism needed to be amended in order to be applicable to China.  Maoists, however, often contend that MLM is applicable internationally and that MLM itself is universal. An example is the tactic of surrounding an urban centre from a base of control in the countryside prior to attacking the city – Maoists in Germany tried this strategy, but to no avail.  This points to the crucial question of how an approach forged in mid-twentieth century rural China could have the same applicability in a twenty-first century urban industrial setting in the West.

There are some issues that could have been explored more thoroughly in Maoism. Lovell’s anti-communism is quite apparent, for example, and she is quite critical of the international solidarity shown by Chinese leadership. She particularly criticizes solidarity with the DPRK.

Further, Lovell argues that the PRC is not socialist, but is an “authoritarian capitalist” state. She writes that the PRC used to articulate itself as the vanguard of the communist movement, yet now is eager to host business deals with foreign corporations and nations that the historic Mao would not recognize. On these matters, current Maoists would agree. Among Marxist-Leninist parties (in the International Meeting of Communist and Workers Parties, for example) there is much discussion and debate around the question of socialist development in China.

Ongoing analysis of China could definitely benefit from a Marxist focus on the “independence movement” in Hong Kong and on the issue of the Uyghur people in Xinjiang. It would also be worth exploring the question of how the PRC has managed to continue to exist, especially after the loss of the socialist community of states in the USSR and Eastern Europe.

Certainly, for anyone critical of the international role of US imperialism, a strong socialist China is just what the doctor ordered!