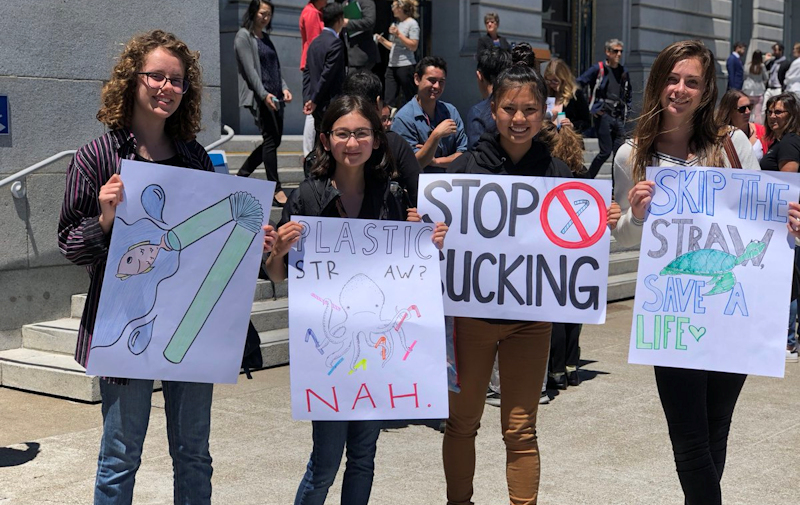 Last month, the Trudeau government announced plans for legislation to tackle plastic waste. The proposed law, which won’t come into effect until the end of 2021 – more than a year’s worth of plastic garbage away – will list plastic as a toxin and require businesses to cover more of the expenses of plastic disposal. But the most talked about part of the plan is that it will also ban certain single-use plastics, such as shopping bags and drinking straws.

The Prime Minister is taking pains to ease public and corporate concerns about the ban. In addition to the very long timeline – he first raised the idea of a ban on single-use plastic in July 2019 – Trudeau has promised to “work with” industry to come up with alternatives. So, public funding to private business, again.

But even this ultra-modest, heavily-subsidized approach is too much for corporations, which have threatened to use provisions in the USMCA trade deal to delay the legislation even further. Under the USMCA, which replaced NAFTA, corporations have new “rights” to sue trade partners for regulations that affect their profits. The suits are carried out by the countries within which the corporations reside, so in this case the US will sue Canada on behalf of more than 60 large food-related corporations that use plastic. Clearly, there are also corporations on this side of the border that are eager to see the regulations quashed before they come into force.

The companies are backing up their lawsuit with the claim that a ban on single-use plastics is effectively a “non-tariff barrier” and that the proposed legislation “is not based on strong scientific evidence and would undermine partnerships and progress against marine litter.”

In fact, multiple scientific analyses noted the toxic effects of plastic use and specifically pointed to the need for reductions. Environment and Climate Change Canada, a government office created under the Department of the Environment Act, published a scientific assessment in January which concluded that reducing the amount of plastic in the environment is essential.

The corporations in the lawsuit want less regulation and expect governments to spend more public money on technologies to dispose of the waste they create and profit from.

Since they represent more than $12 billion in US exports to Canada, there’s little doubt they will have a strong advocate in the US government and plenty of support from corporate Canada.