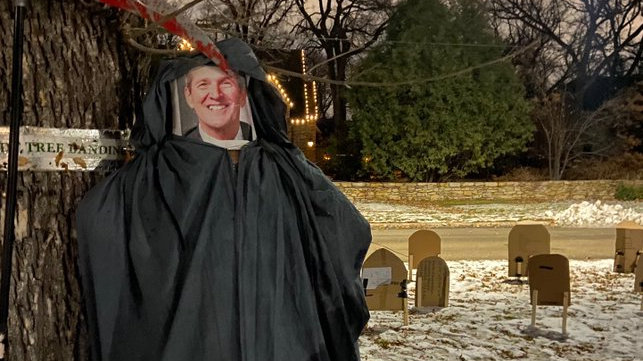 Across the world, the impact of COVID-19 continues to reveal deepening inequality. Throughout the developed capitalist countries, free market ideologues have escalated a foreseeable second wave in pursuit of profit, creating the perfect conditions for a public health disaster.

Winnipeg has become one such case study, where the Progressive Conservative Party’s plan to reboot the economy and implement sweeping plans for privatization in the midst of a global pandemic has directly resulted in one of the sharpest spikes in infection on the continent. Absentee Premier Brian Pallister places the blame on individual laxity, but we can’t believe it. As Manitobans, we have been on the front lines throughout this crisis; taking care of our loved ones and communities as best we can, while Pallister’s government revoked support and emergency resources at every opportunity, literally penalizing us back to work.

In the early stages of the pandemic, Pallister insisted that Manitoba be the first province to open – “First In Restoring Safe Services Together.” In June, after almost two weeks with zero cases in Manitoba, Pallister decided to use this advantage to leverage investment and attract tourism to the province. His government’s campaign to #RestartMB cost multiple hundreds of thousands of dollars in billboards and advertisements, to promote the loosening of health and movement restrictions for private financial gain.

Now that Manitoba has more cases per capita than anywhere in the country, with a rising death toll and a test positivity rate hovering around 10 percent, we can unequivocally call Pallister’s COVID response a mortal sacrifice to the rate of profit. Prisons and care homes are under lockdown amid outbreaks, as inhumane carceral practices and appallingly under-resourced facilities produce distinctly threatening conditions. Schools remain fully open, as public health officials fail to adequately report on active cases. Across the province, a macabre lesson is clear: nothing spreads a deadly virus like austerity.

In January of this year, before most Canadians had heard of the novel coronavirus, we read about a dwindling number of ICU beds in Manitoba hospitals. Health Minister Cameron Friesen confidently informed the press that these fewer beds were arranged in a “more intelligent way.” Medical professionals sounded alarm bells at the time; and today, intensive care units across the city have reached capacity. Faced with a dangerous lack of resources, doctors will be forced to decide who lives and who dies. In a larger, executive sense, it is Pallister and his cabinet who have forced such decisions, and they must be held responsible.

The government must declare a lockdown – not a curfew, which shifts responsibility from public policy to individual behaviour – and provide real support to the people and small businesses who need help now, including a lasting eviction moratorium and the suspension of late fees on rent. Fear and cold are in the air, and unlike the evasive Brian Pallister, working people don’t have second homes in Costa Rica for escape.