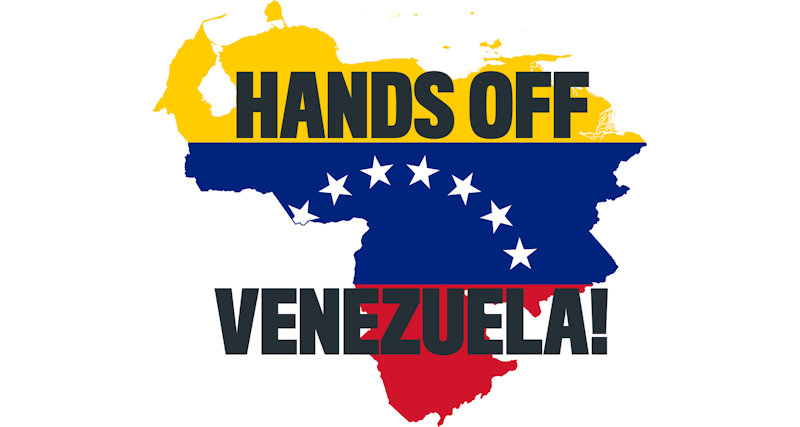 On December 6, Venezuelans will head to the polls to elect a new National Assembly. The stakes are extremely high.

For many, it will probably be a relief simply to be rid of the current Assembly, which is dominated by a hodgepodge of right-wing parties and oligarchical personalities who are all opposed to the Bolivarian national liberation process. This group’s support is what Juan Guaido relies on, each time he repeats his claim that he is the real president of the country.

But, as socialists know all too well, the forces of imperialism and its allies are not going to allow the Assembly to swing back in a left-wing direction without a massive fight.

This year, and especially in the context of the COVID-19 pandemic and related economic crisis, the working class and people of Venezuela have seen an escalation in imperialist attacks. These aggressions target all fields of life – political, commercial, financial, military – and take different forms, from sanctions to intervention against countries trading with Venezuela to armed mercenary invasions to US military buildup in Colombia and the Caribbean.

The objective of this aggression is clear – to overthrow the legal and elected government of Nicolás Maduro, to undermine the independence and sovereignty of the people, and to guarantee the plunder of Venezuela’s natural resources by capitalist monopolies.

Without a doubt, the people of Venezuela are suffering. Hyperinflation has set in and shortages of basic necessities and supplies are widespread. Unemployment is reaching record highs, with the IMF estimating (in a despicably gleeful way) that 50 percent of the people will be jobless by the end of the year – right around election time.

Western governments, capitalist think-tanks and the corporate media all chime in that the people’s suffering is caused by corruption, mismanagement and the failed “socialist experiment.” Predictably, they overlook – and try to completely obscure – the huge central role that imperialism’s “hybrid war” has played in creating this crisis. To watch these criminals cry over the hardship of the Venezuelan people, while they dream up and implement ever-crueler ways to generate that suffering, is to witness the sickening depths of capitalist violence.

The sanctions and other attacks are definitely the biggest obstacle to the Bolivarian process; when coupled with the COVID-related economic crisis, the combination is deadly. But at the same time, the working class and people of Venezuela are witnessing the sharpening contradictions of capitalism itself – socialism has not been built there yet – and are facing the reality that the reforms they have won through hard struggle can ultimately only be safeguarded and expanded through a truly revolutionary process.

It is more important than ever for trade unions and people’s organizations to denounce the imperialist acts of aggression by the US and its allies in Canada and the EU, and to demand the immediate lifting of all sanctions and blockades against Venezuela.

The working class and people of Venezuela have the sole right to determine the fate of their country.

The urgent task for progressives in Canada is to ensure they have the political, economic and social space to do so.  ■