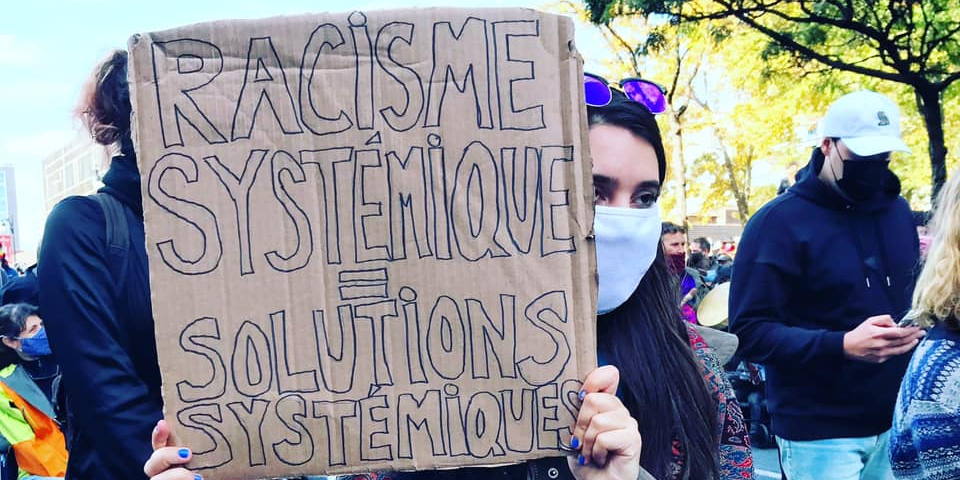 The Communist Party of Quebec (PCQ, national section of the Communist Party of Canada) issued a statement on October 3 condemning the systemic racism surrounding the tragic death of Joyce Echaquan. The 37-year-old Attikamekw woman and mother of seven was admitted to the Centre hospitalier de Lanaudière in Joliette, Quebec for stomach pain on September 26 and died two days later.

She was given morphine during her hospital treatment, which was dangerous because of her heart problems. Her calls for help, which were broadcast live on Facebook, were met with bluntly racist comments from nurses who refused to take her seriously and left her in distress. She died soon after.

The PCQ expressed sincere condolences to the family and loved ones of Ms. Echaquan and demanded that justice be done.

“This case illustrates the anti-Indigenous racism that exists in Canada and Quebec. From Val-d’Or to the North Shore, Indigenous women courageously broke the silence against sexual abuse (among others) perpetrated with impunity by local police forces, giving rise to the Viens Commission. This commission makes it clear that on all fronts – from physical or mental health to justice, from life expectancy to housing or income – Indigenous peoples are victims of a public system that fails to meet their needs.”

The Viens Commission (formally the Public Inquiry Commission on Relations Between Indigenous Peoples and Certain Public Services in Québec) tabled its report a year ago, shortly after that of the National Inquiry into Missing and Murdered Indigenous Women and Girls. As with the federal report, no concrete action has been taken. “François Legault may admit for the first time that there is racism in Quebec and they may dismiss a nurse and an attendant from the Joliette hospital,” stated the PCQ, “but the underlying problem remains and goes beyond specific incidents.”

The PCQ also took aim at Legault’s “lip-service” recognition of racism. “Legault is careful to not speak of systemic racism. However, if there is one case where the systemic character of racism is the most glaring, it is that of racism against Indigenous peoples and nations, which is rooted in a history of genocide and national oppression which still continues today.”

Legault’s refusal to acknowledge and address the issue of systemic racism is the reason Ghislain Picard, Chief of the Assembly of First Nations of Quebec and Labrador, cancelled his meeting with the premier. By denying that Chief Picard and the Attikamekw chiefs are leaders of nations – and therefore his equals – Legault clearly removed the basis for dialogue between the two

The Communist Party calls for urgent action to confront and counter systemic racism against Indigenous peoples. This includes the immediate implementation of all recommendations of the Truth and Reconciliation Commission and the Inquiry into Missing and Murdered Indigenous Women and Girls, as well as legislation to implement the United Nations Declaration on the Rights of Indigenous People (UNDRIP).

“We also know that all of these recommendations, even applied in the best faith, will not be enough to address the historical injustice and genocide of Indigenous peoples and nations. As long as they are not in control of their resources and their territory, as long as their right to self-determination is not guaranteed, this injustice will be perpetuated and will be a source of racism. Only through the guarantee of this right to self-determination can we begin to speak of an “equal to equal” or “nation to nation” relationship with Indigenous peoples and nations.”