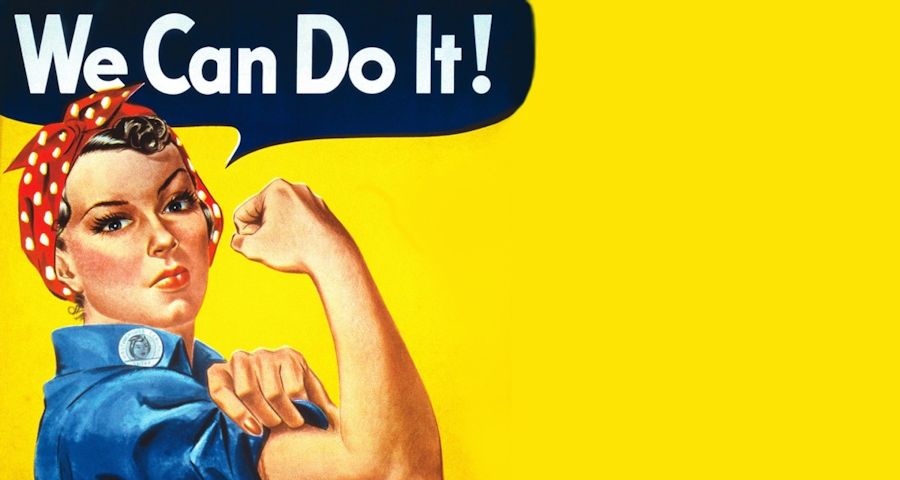 Not one step further behind!

The coronavirus pandemic coincided with forecasts of the coming economic recession. The combination, as we know, has been cataclysmic and both have had an overwhelmingly negative impact on women. The recovery from both must put jobs, services and supports for women at the forefront of the rebuilding agenda – governments must invest in the public social infrastructures that will assist women in moving toward equality in the workplace. The disaster also reminds us that inequality will continue as long as the capitalist system remains.

When COVID-19 hit and the pandemic was declared at the beginning of March, tourists went home, planes were grounded, schools and daycares closed, most workplaces were shut down and people were told to shelter at home. According to the UN, the majority of workers in those sectors of the economy that were most profoundly impacted by shutdowns – accommodation and food services, real estate, business and administrative activities, manufacturing and wholesale and retail trade – were women. Many women who still had work were forced to take time off to look after their children. Women also make up 70 percent of the global health workforce and were at the front lines of the pandemic response. The deadliest blow of all – in Canada more women than men have died of COVID-19, their reward for outliving men and making up the majority of residents in long-term care homes.

Workers in the lowest-waged jobs – which are dominated by women, especially racialized women and new immigrants working for temporary employment agencies – were the hardest hit. According to Statistics Canada, “employees who earned less than two-thirds of the 2019 annual median wage of $24.04/hour experienced a 38.1 percent drop in employment, compared with a 12.7 percent drop for all other paid employees.” When cases began a downward curve in May, provinces began to open again – but, according to the report, total employment increased more than twice as fast among men than women.

The closures of schools and childcare centres had a dramatic impact on women. Before the pandemic hit, there were licensed childcare spaces for only one in four children across Canada on average, with Quebec having the most spaces per capita. Women, for the most part, were forced to pick up the childcare and home-schooling tasks, sometimes while also doing their own paid work from home. When the economy started to open, men were more likely to return to work than women. According to StatsCan, men with preschool children saw employment increase 5.2 percent (+62,000) in May, compared with women with preschool children, who saw only a 2 percent (+21,000) increase. Childcare centres are now starting to open, but at reduced capacities leaving many women unemployed or continuing to face a very uneven work-life balance.

The combination of the pandemic and the recession resulted in an increase in Intimate Partner Violence (IPV). This is not surprising, given the increased stress associated with losing employment, the social isolation and the increase in alcohol and drug use. In June, the Canadian Medical Association Journal (CMAJ) reported that “calls to the Vancouver Battered Women’s Support Services tripled from the start of the emergency, while in Alberta, specialized crisis lines for IPV have seen a 30 percent – 50 percent increase in calls. In Ontario, the York and Durham Regional Police Departments reported a 22 percent increase in domestic incidents and sexual assault reports.”

Given the social context of the pandemic and the recession and the increase in IPV, we can extrapolate that child abuse has also increased, but has largely gone unreported. The Ontario Association of Children’s Aid Societies reported a 40 percent reduction in calls to the Children’s Society in May, as compared to the previous year. Schools constitute one-fifth of all reports of child abuse; however, they have been closed since March. Children are more at risk of abuse when social isolation increases, as family members are responsible for nearly a third of all violence against children and youth.

Women have also been adversely affected by the lack of rent-geared-to income social housing, and the inadequacy of homeless shelters to keep clients safe. A study led by the Women’s National Housing and Homelessness Network (WNHHN) shows “women experiencing homelessness in Canada are largely invisible and falling through major gaps in support systems — and into dangerous situations.” According to StatsCan data from 2019, emergency shelters for those fleeing gender-based violence were already turning away nearly 1,000 women and children a day before the COVID-19 pandemic hit. An estimated 6000 evictions are pending in Ontario, with more coming as income supports run out over the next few months. Unless a moratorium is extended, women across Canada, who are struggling to regain employment, will be forced to stay with abusers or will join the ranks of the homeless en masse.

Across all cases where women are directly impacted by the recession and the pandemic, Indigenous, racialized and queer women and women with disabilities face increased barriers and are therefore impacted even more directly. According to the WNHHN report, “it is predominantly racialized women who work in long-term care homes, many of whom have had to work multiple jobs due to low pay, increasing the risk of contracting and spreading COVID-19.” The report goes on to say that “Black, racialized and immigrant women are much more likely to be personal support workers, cleaners, and work in other “essential but low-paid occupations” that lack paid sick days or family leave policies.”

Given the negative impact of the pandemic-recession combination, a full economic recovery cannot be realized without helping those who have been most affected – women, including Indigenous, racialized and queer women and women with disabilities. According to the UN Report to the G20 Finance Ministers in July, women contribute 37 percent of the global GDP and all types of women’s care work, including unpaid work, generate US $11 trillion globally, which is 9 percent of the global GDP.

We need immediate investments in public infrastructure. First on the list is a country-wide system of universally accessible, free, quality public childcare. The lowest wages in the public sector, dominated by women, are in childcare and long-term care. An immediate increase in wages for these workers is imperative.

Secondly, the pandemic has exposed the deadly consequences of privatization, especially in the long-term care (LTC) sector. Profit in LTC reduces elder care to the lowest common denominator. Governments at all levels must build public, not-for-profit LTC homes and take over those that are privatized. No one should be allowed to take government subsidies and then extract private profit.

Social infrastructure investment in building rent-geared-to-income social housing is also a priority, to address the ongoing housing crisis and the expected wave of newly homeless and evicted people. Shelter services must be expanded immediately to meet the needs of homeless people through the coming winter. Women’s shelters spaces must be increased to meet the needs of those thousand women and children who are turned away every day across the country. Other non-profit social support organizations, especially those providing services to Indigenous, racialized and queer women and women with disabilities, should be priorities for funding.

In terms of employment supports, labour laws must be amended to make it easier to unionize. This would have a dramatic impact on women-dominated workplaces, as women are far more likely to join a union than men. In addition, workers must be guaranteed access to paid sick days, family leave and leave for those facing partner abuse. Employment Insurance (EI) must be expanded to cover all unemployed workers – insured and uninsured, full-time and part-time, contract and gig economy workers, and first time job seekers. EI payments need to be increased to 90 percent of previous earnings or 90 percent of a livable income, whichever is greater.

Furthermore, eliminating temporary work agencies and converting these jobs to regular jobs with benefits will address the thousands of racialized and new immigrant women who are forced to work in sweatshop conditions. Governments must do all they can to close the wage gap by legislating pay and employment equity for women, including Indigenous, racialized and 2S/LBTIQ women and women with disabilities.

Women must demand a recovery plan that puts us first. We don’t want to fall further behind – we can’t afford to and the country can’t afford to ignore women’s contributions to society. Now is the time to rectify past inequities.

We deserve nothing less.