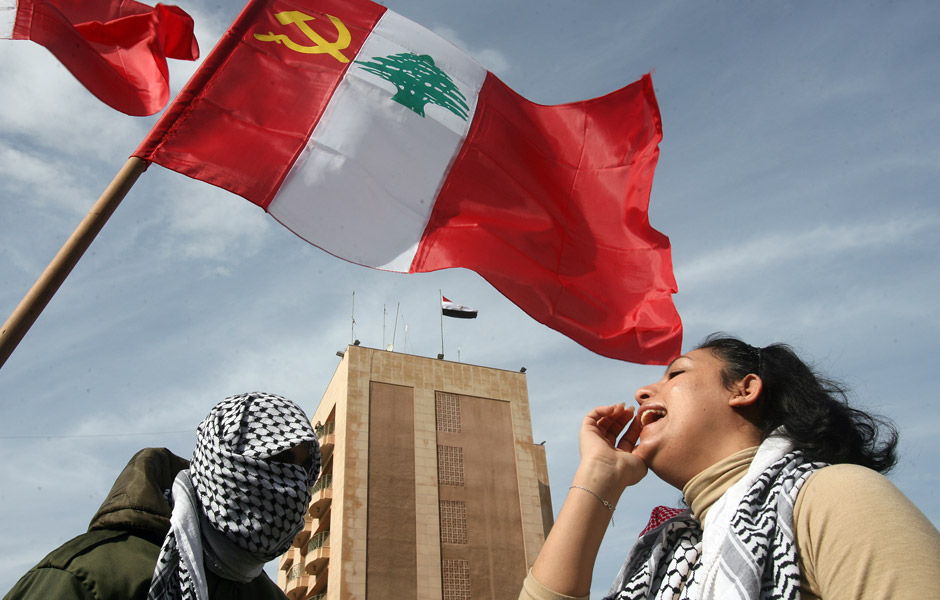 In a statement issued August 7, three days after the huge explosion in the port of Beirut which killed scores of people and left 300,000 homeless, the Lebanese Communist Party (LCP) called for renewed and escalating protests aimed at bringing down the government, which it holds responsible for the tragedy.

“The national catastrophe which occurred after the destruction of Beirut’s port and many neighborhoods of the capital, resulting in hundreds of martyrs and thousands of causalities, can only be considered a major crime against the nation. This crime is committed by a political authority who has a big record of neglect, corruption and a lack of national responsibility.”

The party notes that responsibility for the explosion lies with the political system in place since the end of the civil war in 1990. “The entire political system, which made the state an apparatus for political clientelism and sectarian favoritism, is what paved the way for such a crime to happen. Moreover, all the country’s sectarian political factions, whose political agenda were always affiliated to external entities, is what made our country a fertile land for international interventions, particularly US interventions in our domestic political affairs. These agendas made it hard for the state to address the real needs of the people and to act upon them, including the recent catastrophe.”

Lebanon was in deep economic and social crisis prior to the COVID-19 pandemic, with unemployment of nearly 50 percent in 2018, extensive corruption and a widespread lack of basic services like electricity, water and sanitation. Mass protests began on October 17, 2019 and developed into a popular uprising that has continued since. Placed within this context, the Beirut explosion is seen as the culmination of this ongoing and deepening crisis.

The LCP asserts that the Lebanese people are at a “historical crossroads from which there can be no turning back.” It has prioritized building a united movement that can overthrow the government and replace it with a transitional government that is not affiliated to any of the country’s political factions. “Such a government is a top priority in order to build a new, modern, democratic, and national state. Only such a state will be able to address three crises that our country was and still facing: the economic collapse underway, the Coronavirus epidemic along with its health damages, and the repercussions resulting from the Beirut Port explosion.”

The party warns of political and social forces that are using the crisis to promote sectarian and narrow regional agendas. In response to this threat, the LCP notes that “now is the time for unity and national solidarity, and not for any divisive, racial or exclusionist discourse.”

The party is also wary of efforts by foreign powers to use the crisis as a pretext for intervening in Lebanon’s internal affairs. This includes the August 6 visit to Beirut by French President Emmanuel Macron. “Over the past 30 years, France, as well as other foreign powers, supported the corrupt political system. These powers were directly financing the state institutions that is controlled and managed by corrupt political factions and France was a direct financer of the Paris I, II and III conferences.” The Paris conferences, held between 2001 and 2007 were described as “donor conferences” that facilitated badly-needed investment in Lebanon; in fact, they were forums for imperialist strong-arming, which resulted in massive privatization, deregulation, huge shifts in the tax burden away from corporations and onto the working class, and other neoliberal restructuring.

The Canadian government has participated in this aggression by maintaining sanctions against Lebanon since 2007. They explicitly include technical assistance and technical data – defined as “any form of assistance, such as providing instruction, training, consulting services or technical advice or transferring know-how or technical data…blueprints, technical drawings, photographic imagery, computer software, models, formulas, engineering designs and specifications, technical and operating manuals and any technical information.” The Communist Party of Canada has demanded that Canada lift all sanctions against Lebanon and Syria.

In the immediate wake of the Beirut explosion, the LCP is also calling for financial compensation to all those affected and emergency shelter for people made homeless. The party is also demanding that the government provide financial, health and social supports to all households affected by the explosion, and that residents of Beirut and all neighboring municipalities be exempted from taxes, municipal fees, electricity and water bills. All LCP members have been urged to help relief organizations provide aid to wounded people, help in removing and clearing up the rubble in the surrounding areas, and provide shelters for displaced people.