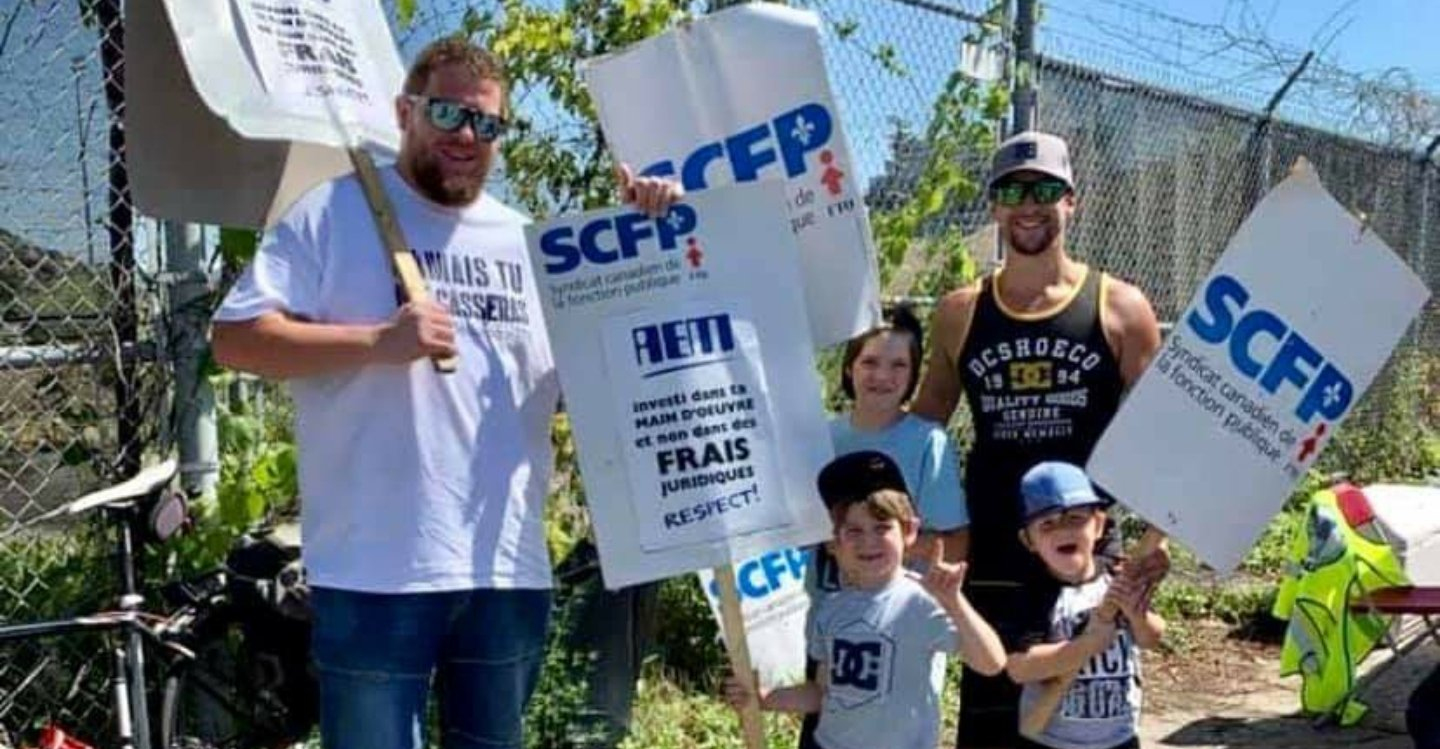 After nearly two years of negotiations and a few short strikes over the course of the summer, 1100 dockworkers at the Port of Montreal began an unlimited general strike on August 10. Only a few of them will be working, as part of an agreement to maintain shipping of essential goods to Newfoundland and Labrador. Other than that, ships are sitting idle, goods are stuck at the port and the value of dockworkers to the entire economy becomes clear as day.

The union, Syndicat canadien de la fonction publique local 375 (SCFP-CUPE), claimed that the employer was already basically locking them out in the week leading up to the strike, as they were rerouting ships to other ports in the region including Halifax, Saint John and New York. These actions deprived members of work and forced their hand towards a strike vote, which they delivered by over 99 percent with roughly 90 percent participation.

On the morning of the strike the Port was already two weeks behind schedule in terms of unloading ships, due to the earlier short strikes in July and August. Millions and potentially billions of dollars in business will be held up as the strike unfolds, a situation that puts a tremendous amount of pressure on both negotiating parties to settle. Added to this is the very real threat of arbitration in labour disputes in so-called “key industries,” as occurred when postal workers at Canada Post were ordered back to work and their right to strike curtailed after their job actions in late 2018. The postal workers’ arbitration was finally settled in June with workers getting the short end of the stick, to no one’s surprise.

The dockworkers have been without a contract since the fall of 2018; despite over 60 negotiating sessions, there has been no sort of agreement and the workers’ patience has clearly worn out.

The conflict is mostly over scheduling and work-life balance. The employer has pointed to the comparatively high wages earned by the dockworkers, implying that workers’ entire lives can be bought for just the right price. The union has shot back that workers are not ashamed of their wages but are not willing to budge on scheduling.

Dockworkers’ schedules at the Port of Montreal would be unacceptable to anyone and it’s no surprise to anyone, least of all their bosses, that it’s finally come to a strike. Workers currently work 19 days out of 21, except for statutory holidays and port closures, and they have to call in between 6pm and midnight, every single day, to find out their next day’s schedule and work location. This makes it virtually impossible to plan and manage special events, childcare or relationships in general – all the things that make life worth living.

Also on strike at the Port of Montreal are 150 members of the Association internationale des débardeurs (International Longshoremen’s Association) local 1657. Their concerns echo those of SCFP-375 on scheduling but have also brought up concerns around automation and the prospects for future work at the Port. Local 1657 members work 27 days in order to get a single day off – this adds up to a whopping 357 working days a year.

The vast majority of goods traded across the world move by boat – a recent Radio-Canada story claimed that 90 percent of products consumed in eastern Canada moves through the Port of Montréal. Another report indicates that the Port serves around 110 million consumers.

Local and provincial business associations, including the Montreal Chamber of Commerce, Quebec’s federation of Chambers of Commerce and their buddies in the Quebec Council of Employers (Conseil du patronat du Québec) have called on Ottawa to intervene and break the strike. So far, the federal government has refused.

It would be foolish to make predictions on the outcome of the strike at this point. Scheduling is a massive logistical question in large workplaces and the employer in this dispute has so far declined any real intention of change. On the other side, workers are clearly fed up with the arcane system of total subservience to the employer’s whims and its effects on their quality of life. We cannot discount the potential of governmental interference, as well as media campaigns targeting workers, whether it be for their comparatively high wages or the effect of their strike downstream on the economy.

What we can do is show active solidarity with the dockworkers and say along with them, “Je suis débardeur-375: Jamais tu me casseras!”