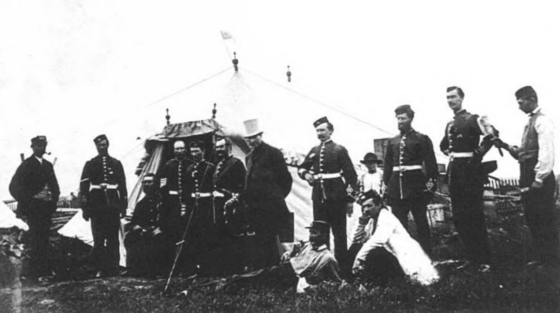 July 15 marked the 150th anniversary of Manitoba’s entry into Confederation as the fifth province of Canada, part of a sordid exercise in white supremacist control and violent ethnic cleansing. Manitoba is not unique in this regard – the provinces of Saskatchewan and Alberta, where I lived for nearly 40 years, have similar stories. But in a very real way, this prairie tragedy began at Red River, and still continues 150 years later.

In fact, one of the most terrible cases of racist violence in Canadian history occurred just months after Manitoba’s centenary celebrations – the 1971 kidnapping and murder of 19-year-old Cree Indigenous woman Helen Betty Osborne in The Pas. Police incompetence and indifference, and a racist code of silence, protected Osborne’s killers for many years and only one was ever convicted. This sickening pattern was established at the founding of Manitoba, when murderers, arsonists, rapists and other brutes went unpunished, their actions part of a wider semi-official campaign to drive Métis and other Indigenous people out of the new province.

These events unfolded soon after 1867, as the emerging Anglo-Canadian capitalist class, based largely in Ontario, prepared to reap the profits to be gained by taking control of the vast regions to the west. These included the British colony on the west coast (now British Columbia) and Rupert’s Land. The latter was granted in 1670 to the Hudson Bay Company, which was under intense pressure by 1867 to transfer this territory to the new dominion of Canada, before the United States could take advantage.

The key to the west was the southern part of modern Manitoba, home to Indigenous peoples for many thousands of years, and to the Métis Nation, which achieved its own distinct identity beginning a century earlier during the fur trade era.

The Red River area also became the site of a colony of Scottish settlers founded in 1812 by Thomas Douglas, 5th Earl of Selkirk, at the confluence of the Red and Assiniboine Rivers (today’s downtown Winnipeg) – a rendezvous location for the fur trade for many years.

While the Indigenous peoples and the Métis hunters and farmers lived in harmony, the aggressive vision of the Selkirk colonizers was to dominate the region, which quickly sparked conflict and hostility. Half a century later, these settlers formed only a small minority of the population in Red River, but they were crucial to the new government’s strategy to control Rupert’s Land and block US expansion.

Unfortunately for the Métis in Red River (the majority of whom were Francophone and Catholic, with close ties to their Ojibwa, Assiniboine and Cree Indigenous allies), Prime Minister John A. Macdonald saw them as a political obstacle to his racist dream of a country of white, English-speaking Protestant farmers and businessmen. He feared that Manitoba’s entry into Confederation could tilt the political balance of power towards Quebec.

Macdonald immediately took steps to encourage his favoured demographic groups to migrate from Ontario and Britain and initiated a new survey of lands in the Red River area. The Métis correctly saw these measures as a threat to their culture and land rights. Led by Louis Riel, a young member of a prominent Métis family, they pushed back, mounting a united resistance and declaring a provisional government to negotiate terms for entering Confederation. The resistance succeeded in winning favourable terms in the Manitoba Act adopted by Parliament in the spring of 1870, but Macdonald and his clique had no intention of letting important sections of the Act take effect.

A year earlier, the government had begun a recruiting drive for a military expedition to Red River, with volunteers mainly raised from Ontario lodges of the Orange Order – a notoriously violent anti-Catholic, racist, pro-British imperialist organization founded in the north of Ireland. When the Expedition arrived in Red River in August 1870, Riel and most other leaders of the provisional government fled in fear of their lives. What followed was a literal reign of terror lasting over two years, as the Orange Order brutes murdered and assaulted leading Métis, burned down homes, attacked and raped women and girls, and shut down opposition voices. In nearly every case, the criminals were never charged. This set a precedent which still holds – police officers who assault or kill Indigenous or Métis people are rarely punished.

The Manitoba Act promises of land for the Métis were also sabotaged, through bureaucratic delays and outright theft, and the Métis population of Red River began moving west and north. Macdonald’s plan to “swamp the present residents” of Manitoba with an influx of English-speaking Protestant farmers succeeded. The Métis re-established around Batoche, the Qu’Appelle Valley and other areas, only to be scattered again when their second resistance in 1885 was defeated.

Canada’s subsequent drive to “open up the west” to waves of European immigration was accompanied by a series of “numbered treaties” with the Indigenous peoples of the prairies. Faced with epidemics, crop failures, a catastrophic collapse of the buffalo herds and the military power of the new Canadian capitalist state, the Indigenous chiefs signed treaties which promised relief, tools, education and health care, on the basis of sharing use of their unsurrendered lands with the new settlers, “to the depth of the tip of a plough.” These treaty terms were never carried out by Canada.

Manitoba 150 is not a time for celebration. But it is an important occasion to teach ourselves that this country was founded on theft, murder and violence, by politicians committed to an ideology of white supremacy and capitalist profiteering.