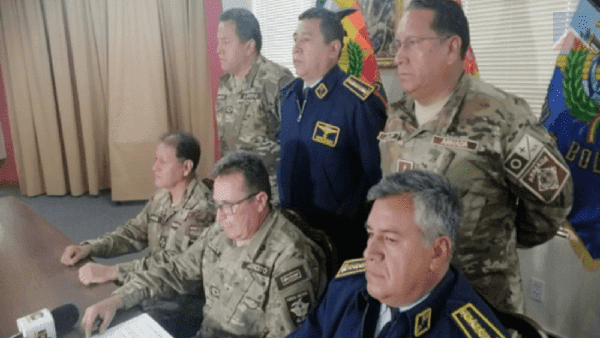 Bolivia’s state-owned services are being dismantled and sold off to the private sector, exiled former president Evo Morales warned on Saturday, accusing the coup administration of destroying the country.

Morales reminded Bolivians of the need to protect the nationalized industries, many of which were the subject of mass protests, most notably the so-called water war against IMF-imposed privatization plans in 1999-2000.

“We Bolivians, along with our social organizations, have the duty to defend strategic companies,” Morales said, warning that “if we don’t protect them, it will be tough to get out of the crisis.”

Morales was ousted in a US-backed coup in December, weeks after he won the country’s presidential election. He was replaced by right-wing Jeanine Anez, whose regime has been described as proto-fascist.

It immediately set about rolling back many of the progressive policies enacted by Morales and conducted a “massacre” of Bolivia’s indigenous population, while removing the indigenous Wiphala flag from public display.

Movement Towards Socialism presidential candidate Luis Arce said: “The Bolivian people fought for their natural resources and against plundering and privatization.

“In 2006, we nationalized the petroleum industry … Today it is at risk because of mismanagement and corruption.”