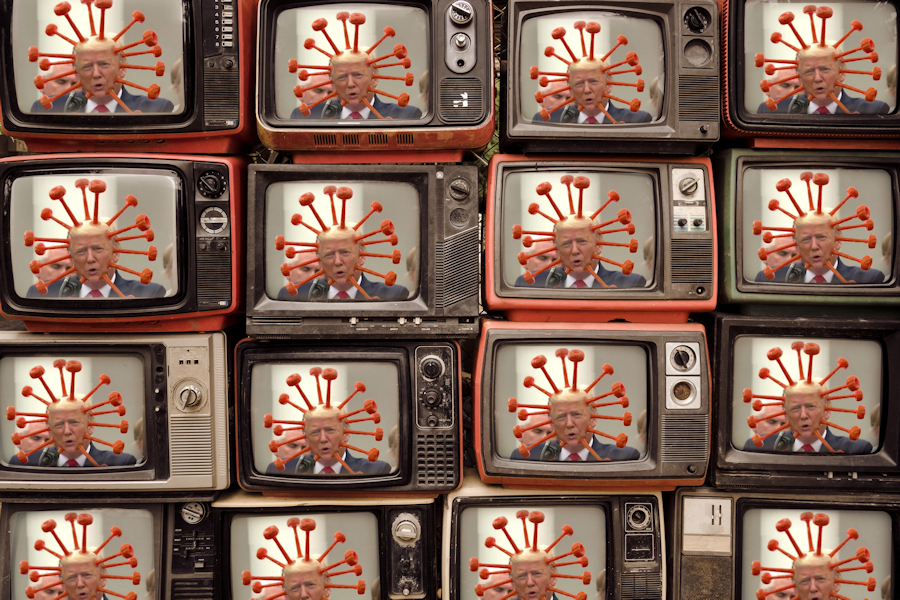 The capitalist West is terrified by coronavirus, which has already taken a toll on its seemingly forever-declining economy. On the other hand, China has successfully managed to put the virus under control and emerged stronger than before as a socialist state. It is in a much better position in its peaceful competition with US imperialism and global capitalism, for the betterment of the Chinese people in particular and humanity in general. China’s success in the battle against the deadly virus clearly demonstrates the superiority of the socialist system which we also fight for here in Canada.

The leading role of the Communist Party of China has been crucial to defeating COVID-19. Ninety million members strong, it is the biggest political party in the world. No other political force can even contemplate effectively mobilizing all its members, from each party club to the central committee and the politburo, to be fully dedicated in a war against an invading virus. In the city of Wuhan, the epicenter of COVID-19, the red flag was not only a symbol of authority but also a sign of real hope for people who were affected by the virus in one way or another. Following the principle of leading by example, Party members risked their own lives when they were assigned or volunteered to go to the most affected regions and undertake the most dangerous front line work. As a result, an enormous percentage of the medical staff died on duty were members of the Communist Party. Without such an incredible sacrifice from the ruling party, the virus would never have been contained in such a timely manner.

The socialist system, which can pool all national resources together for a dedicated task, allows the Chinese government to deploy all the necessary medical resources, including the much needed medical equipment and the best medical experts, from all over the country to locations where the crisis was the most devastating. It took only ten days to complete the construction of Huoshenshan Hospital and Leishenshan Hospital. Sixteen mobile cabin hospitals (called “Fangchang” hospitals) were also established in response to the government’s requirement that each and every single patient must be treated and cared for in a medical facility. Even though China’s medical system has suffered a wave of relentless privatization over the past few decades, a significant number of hospitals and medical facilities are still publicly owned. During the coronavirus campaign, the public health care system was placed at the service of the Chinese people at no cost to any individual. This is in great contrast with the United States, where many infected people are unable to receive timely testing and proper treatment, due to concerns about medical expenses.

The Chinese authorities also enforced community-based monitoring to ensure all confirmed cases, as well as suspected cases and people with close contact, were tested, monitored and treated by medical personal. This puts to shame the advanced Western capitalist countries, where even people who already display mild symptoms are often not tested and have been advised to stay at home. In China, each individual case of infection was taken extremely seriously and was tracked down to locate its origin so that the contagion could be eliminated. It is crystal clear that our capitalist government would not be willing to go this far to protect Canadians.

A key factor in China’s fight against coronavirus is the socialist values held by the Chinese people. Through years of education at all levels, the majority of the Chinese population have embraced socialist ideology. Collectivism rather than individualism is hailed as a solution to social issues. At times of crisis like this, Chinese people understand the legitimacy of temporary restrictions on a certain level of individual rights and freedom, for a long term greater common good. This makes it easier for the government to put an entire city of 10 million population under quarantine, an unprecedented damage control measure which helped to prevent the virus from further spreading. In the West, on the other hand, a dogmatic individualistic adherence to human rights and freedom causes severe harm to the society. Without the willingness and cooperation of the Chinese people who are the products of the new socialist culture and rightly place the collective benefits above their own, such a massive scale of shutdowns would seem to be impossible.

One more element of China’s successful response to the pandemic is the commitment to put people first, instead of profits. Saving human lives at all cost – regardless of age, preexisting medical conditions and other irrelevant factors – is the ultimate consideration in the Chinese anti-virus strategy. Such an approach can only be possible under socialism. While the government of China spared no effort in saving Chinese lives, the Western governments are calculating the cost to their economies. The United States government, headed by the businessman-turned-politician Donald Trump, is particularly concerned about the profits of corporate America and Wall Street. The increasingly higher number of virus cases in all Western countries has little to do with shortage of funds, equipment and expertise, but more to do with lack of political willingness. Despite of its much publicized rhetoric on democracy and human rights, this is a system that put profits ahead of everything else including human lives.