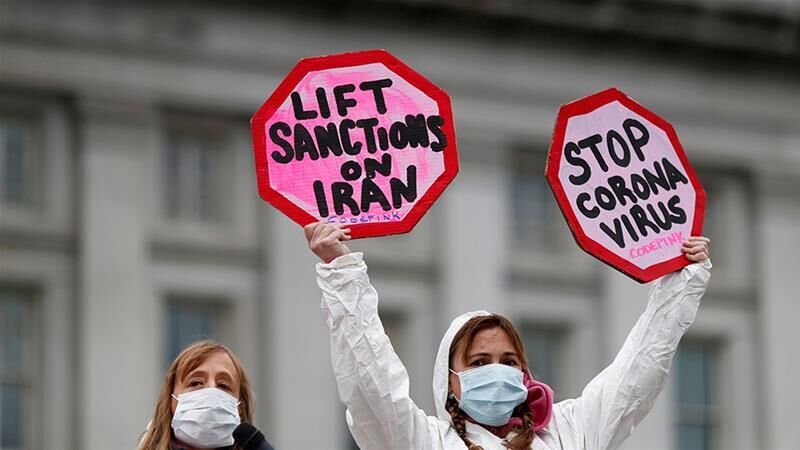 Virus-stricken Iran stares into the face of pure evil

Since the victory of the Iranian Revolution, which saw the overthrow of tyrannical US installed monarch Shah Mohammad Reza Pahlavi in 1979 and the establishment of the Islamic Republic, the Iranian people have been subjected to 41 years of constant imperialist aggression at the hands of western powers, especially the United States.

Starting at the beginning of this year in January – which saw US President Donald Trump, in a brazen violation of international law, order the assassination of Quds force commander Qassem Soleimani via an illegal air strike on sovereign Iraqi soil, provoking the anger and condemnation of both Iranians and people all over the world – the US has not ceased with its depraved efforts at regime change towards the Middle Eastern country, through a policy of aggression and violence.

The most recent form this policy has taken is an aggressive sanctions policy intended at crippling the nation’s economy, which has already shrunk by 9.5%. The economic impact of this unjustly imposed collective punishment has included the effective zeroing of Iran’s oil exports (one of the largest sectors of its economy), resulting in an 80% loss in the rial. This has crashed the nation’s currency and catapulted the inflation rate. Furthermore, banking restrictions have limited Iran’s ability to import essentials such as food, medical supplies and raw materials needed for medicine, as foreign exporters and international banks, under pressure from the US which dominates the means to facilitate the financial transactions needed for such goods, fear violating the imposed sanctions. This has culminated in skyrocketing costs or a total absence of these necessities for human life, and exacerbated unemployment in the process. All this threatens to inflict genocide onto the Iranian people, by directly impeding their ability to fight a deadly pandemic.

Globally, Iran has been one of the top 5 of the countries most heavily affected by the COVID-19 virus. It has the highest per-capita infection rate in the Middle East, with over 19,000 confirmed infections and a death toll of 1,812. It is a pandemic whose death toll, according to a recent study by researchers at the Sharif University of Technology in Tehran, is expected to reach an estimated 3.5 million as a result of these sanctions.

In the midst of the ongoing pandemic – in a move Iran’s Foreign Minister Mohammad Javad Zarif called “a new level of inhumanity” – US Secretary of State Mike Pompeo announced on March 17 a new wave of illegal sanctions against Iran. This callous display of utter contempt for human life, will result in even further restrictions on the country’s medical sector’s ability to access basic and now crucially needed imported medicine, medical supplies and PPE (personal protective equipment such as ventilators, face and respiratory masks, contamination suits and disinfectants) essential to fight and stop the spread of the virus. This is all part of the effort to intensify the Trump administration’s campaign of “maximum pressure” against a country in which the health minister has said one person is dying every ten minutes.

The sanctions have been condemned by both Iran’s President Hassan Rouhani and Foreign Minister Mohammad Javad Zarif (who aptly described them as “medical terrorism”) and have drawn the criticism of China and Russia (the latter’s Foreign Affairs Ministry decried the sanctions as illegal and in violation of international law) and even US ally the United Kingdom. But this direct impact on civilian lives is exactly what Mike Pompeo had in mind; he has repeatedly expressed the intention of the “maximum pressure” campaign to inflict sufficient suffering onto Iranian citizens. In essence, Pompeo wants to torture the Iranian people into submission.

The world has already witnessed the deadly impact of COVID-19. Scenes in Italy have displayed the severity and lethalness of the virus, with long convoys of military trucks deployed to transfer the coffins of the many who have already died. Countries the world over are entering lockdown and beginning to implement emergency measures to stop the spread of the virus. In the midst of this global health pandemic, the US is threatening to turn an already catastrophic situation into a genocidal one by threatening the lives of millions of Iranians through the imposition of weaponized economic terrorism designed to restrict their access to essentially needed medicine and medical supplies. This will inevitably lead to further death and spread of a virus which knows no borders, all in a desperate and depraved attempt at regime change.

By furthering sanctions at a time of global crisis such as this, it is clear to see that the US – in an act of utter depravity – is doing its utmost, not to stop the spread of the virus, but to ensure the virus serves as a genocidal weapon against countries deemed official enemies. The goal is to inflict the maximum amount of death and spread of the virus as widely as possible amongst populations opposed to US interests.

Mike Pompeo does not only show his contempt towards the people of Iran and the world by prioritizing regime change efforts over the lives of millions of Iranians, risking the further spread of a deadly virus. He also shows how low US imperialism will stoop, by turning a deadly global health pandemic into a new opportunity for regime change.

Defeating Pompeo and the politics he represents would most certainly be a victory for world peace.