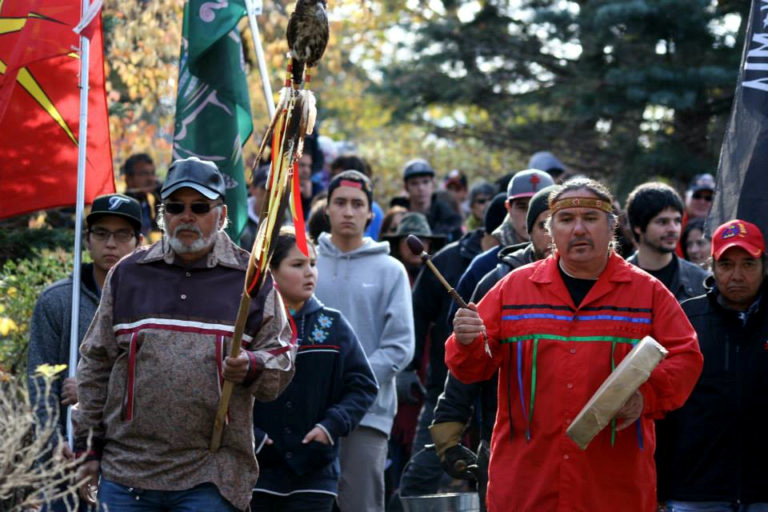 The second-largest Indigenous nation in New Brunswick is suing the provincial government for depriving it of a treaty right to harvest timber.

The Wolastoqey Nation, which occupies the watershed of the Wolastoq (Saint John) River in western New Brunswick, claims that Peace and Friendship treaties signed between the British Crown and Indigenous peoples in the Maritimes in the 18th century allow the Indigenous peoples to harvest wood for sale in order to earn “a moderate livelihood.”

However, in the fall of 2019, four Wolastoqey community members were charged with illegally harvesting and possessing firewood from Crown land. This follows an incident in 2012, in which two members faced similar charges but ultimately had the charges stayed by the prosecution.

The present lawsuit, filed by the Wolastoqey on January 18, asks the court for a declaration that they have a treaty right to cut and sell Crown wood “to the extent of obtaining a moderate livelihood.” It also seeks monetary damages for the Province’s past failure to honour that treaty right.

In a March 12 press release, the Wolastoqey cite the landmark case of Indigenous fisher Donald Marshall, which went to the Supreme Court of Canada in 1999. Marshall, charged in Nova Scotia with illegally fishing eel, relied on the 1760-61 Peace and Friendship Treaties for defence. The Court acquitted him, saying, “the 1760 treaty does affirm the right of the Mi’kmaq people to continue to provide for their own sustenance by taking the products of their hunting, fishing and other gathering activities, and trading for what in 1760 was termed ‘necessaries’.”

This was, incidentally, the same Donald Marshall who had been imprisoned for eleven years on a wrongful murder charge before being famously exonerated in 1983.

A Wolastoqey Nation statement on Crown lands reads in part:

“The Wolastoqiyik have occupied the lands and waters of what is now known as New Brunswick since time immemorial. The Peace and Friendship treaties the Wolastoqey are signatories to did not involve the surrender of land, waters or resources. However, over the past centuries, Wolastoqey lands, waters, and resources have been increasingly appropriated by third parties, exploited, contaminated, depleted, and regulated to the point where the ability to exercise Wolastoqey Aboriginal and Treaty rights is in serious jeopardy. The ability of the Wolastoqey to feed families and earn a livelihood from harvesting the natural resources on Wolastoqey territory is seriously diminished, and it has become increasingly hard for the Wolastoqey to practice cultural and spiritual traditions and transmit these to the youth.”