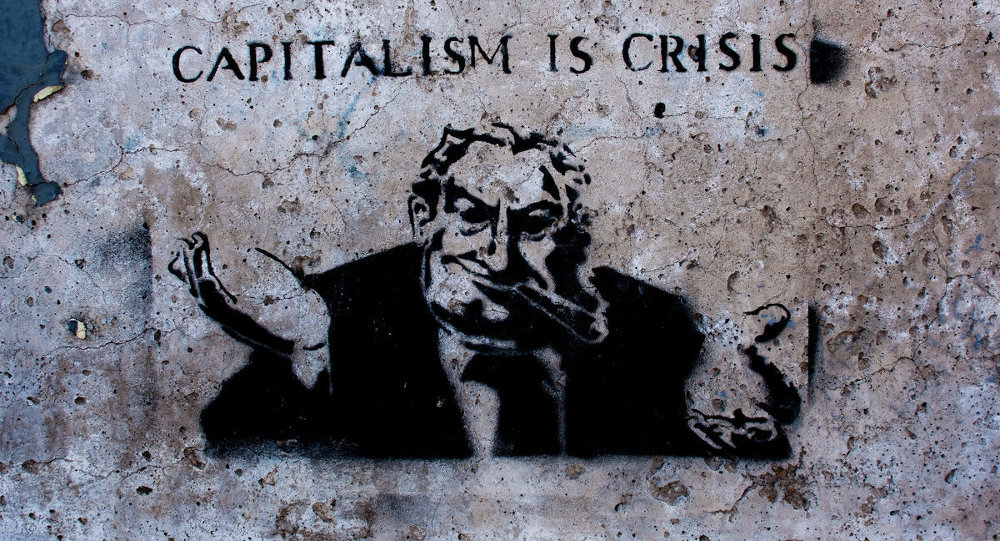 To understand the global economic chaos endured over the last few weeks, it is essential to separate the proximate from the ultimate cause.

The immediate or proximate cause is the often fatal, expanding contagion of the coronavirus (Covid-19). The collapse of worldwide equity markets has been an immediate and widely noted effect of this proximate cause. The virus’s carnage in China triggered a rapid and effective response, but one that dampened economic activity in a country already dealing with a slowing economy battered by economic sanctions and tariffs. Institutional investors, hedge fund managers and their ilk took note of the carnage and contagion and, anticipating its effects on global activity, withdrew their assets from equities and moved them to safer havens, like US Treasury bonds. The panic initially shook the bond markets, lowering yields dramatically.

The rapid spread of the virus brought even greater economic disruption in its wake.

However, the ultimate cause of the current worldwide economic turbulence is the fragility and vulnerability of the global capitalist system. That statement is neither trivial nor self-evident. Since the severe crisis of 2007-2009, capitalism has been limping along, thanks to extraordinary central bank measures, tax cuts, military spending and expansive credit-driven consumer demand. The casualties of the previous crisis survive on low-paying, casual service jobs while the rich engorge themselves on stocks inflated by mergers and acquisitions and stock buybacks. Every tentative growth spurt falters, returning the capitalist economy into stagnation. The increasing irrelevance of centrist political parties is one manifestation of the mass dissatisfaction with the growing inequality and impoverishment suffered by many. The question was not whether this course is sustainable, but when it would fail.

The ominous threat of the Coronavirus to international economic activity – work, leisure, travel, all forms of social life – has triggered a market meltdown based on a fear that the capitalist system may spiral out of control. Investors know that the system’s weaknesses, the lack of adequate preparations, the political stasis and ineffective governing foretell a frightening outcome.

Unlike the rapid and thorough Chinese response which has largely arrested the virus’s spread, complacency in the Western capitalist countries is shocking. Today, seven times more people per millions of population have been infected by the virus in Italy than in China, where the illness first broke. New cases in Italy are 3,497 against only 11 in China on March 14. Chinese deaths fell to 13 on March 14, while 175 Italians, 97 Iranians and 60 Spaniards died from the virus. All the Western media hand wringing about Chinese “authoritarianism” will not deflect the incredible failures of public health preparedness in the Western capitalist countries.

The lack of a universal, equitable, and comprehensive healthcare system (like Medicare for All!) and a robust public health sector put the US especially at risk. Couple the unevenness and unfairness of healthcare with the historical obsession with personal autonomy, and disaster is on the horizon.

An exogenous trigger of economic turmoil is not unprecedented in recent times. The attack by al Qaeda on US civilians on September 11, 2001 produced a 7+% drop in the stock market, deepened the dotcom downturn, and fueled a stock market retreat and growing unemployment for the next year or so. As with the Coronavirus in 2020, an unexpected, non-economic factor jolted a shaky economy in 2001, then also plagued by overvalued “assets.” This instance promises to be far worse.

Much of the economic history of the twenty-first century has been a battle by policy makers against deflation, a battle to prop up artificially inflated, often virtual, assets. From the turn of the new century and the dotcom bubble until today, toxic assets have infected the productive economy. Ironically, a seemingly random “toxic” virus is now threatening the weakened global economic organism, destroying “value” by the trillions.

Of course, the danger still lies ahead. Markets are only anticipating the lost work-hours, the layoffs, the healthcare costs, the business closures, the slowed production, the inverse “wealth” effect, the reluctant consumer, the slackening investment and a host of other economic shocks that could feed a deflationary spiral. The financial sector is stunned by this as well because asset values are collapsing in a low-interest environment.

Though some are calling this a financial crisis, it is not spurred by financial factors; nor is it confined to the financial sector. Nor is it a crisis of overproduction, under-consumption or profitability, though it is quickly morphing into all of the above and, inevitably, where all economic crises arrive, a crisis of accumulation. The global economy was rocking on a precipice; the Coronavirus pushed it over.

The virus couldn’t have come at a worse time. The war between the economic globalists and nationalists, waged with tariffs and sanctions, was taking a heavy toll on many countries and remains unsettled. Despite equity market euphoria (disconnected from all reality) commodity markets were slack or declining. International trade had slipped below historic growth levels.

Saddled with the unspoken duty to stabilize the US economy for an incumbent in a Presidential election cycle, the Federal Reserve shot its monetary wad prematurely, lowering interest rates in anticipation of limited economic slippage from the “Chinese problem.” They are now left with only radical measures to meet the crisis (a program injecting a trillion and a half in liquidity into the banking sector and expanding deflation-fighting asset purchases was announced on March 12).

The Russians exacerbated the crisis by shunning the Saudi plan to bolster oil markets. On Friday, March 6, they refused to join the Saudis in curtailing oil production to stabilize prices. Irresponsibly, the Saudi leadership – under severe political pressure from budgetary shortfalls and a disappointing IPO – announced a price war (and arrested oppositional members of the Royal family).

According to Russian insiders, the withdrawal from price maintenance was aimed at US frackers who cannot produce profitably when prices are low. Alexander Dynkin is quoted as saying: “The Kremlin has decided to sacrifice OPEC+ to stop US shale producers and punish the US for messing with Nord Stream 2.” The Russians surely knew that the US fracking industry was already on the verge of collapse because of massive, unmanageable debt (over $120 billion maturing over the next 2 years!). Thus, Russia risked a profound oil-price deflation in revenge for US subversion of its European gas pipeline project – a capitalist tit-or-tat.

I have written about energy imperialism frequently over the last two years (especially, the US’s extortionate use of war-mongering, sanctions, and threats in order to garner market share). Given the ugly effects of a price-war race to the bottom on vulnerable oil production-dependent countries like Venezuela, those who see Russia as something more than another capitalist country pressing its own interests may find a reason to reconsider.

A nasty virus, incompetent and delayed responses, ill-conceived economic policies, an irresponsible price war, all contribute to a fear-driven market collapse as the opening act of a possible drama featuring an unprecedented deflationary spiral.

Does anyone believe that the leaders of the capitalist world can manage this challenge?

(This article was originally published at Marxism-Leninism Today)