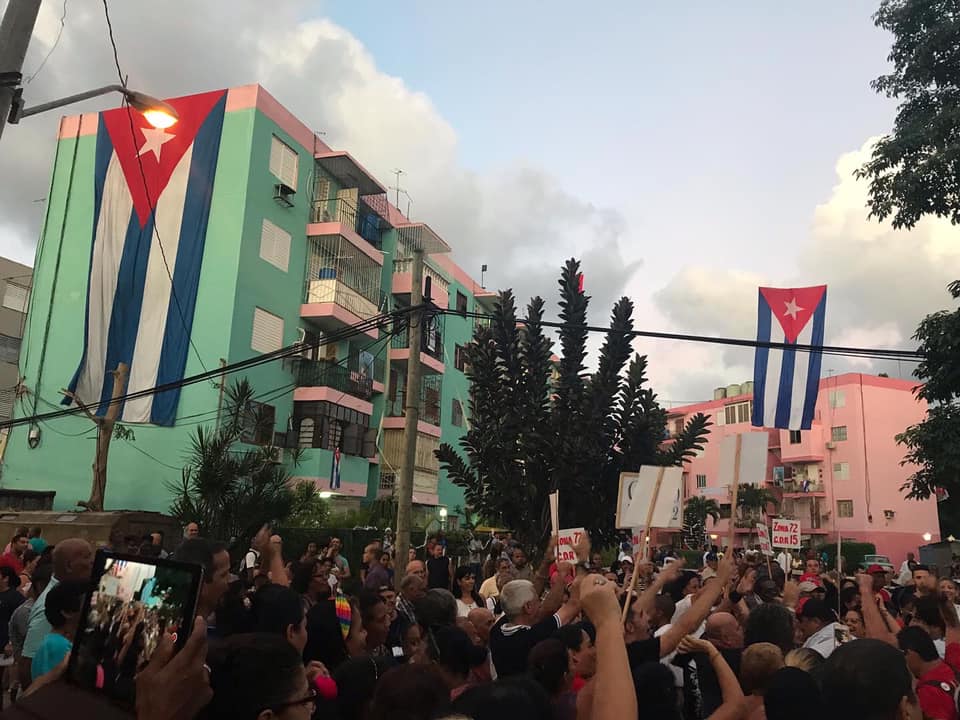 One would expect that the most serious impact of Donald Trump’s tightening of sanctions against Cuba would be on the Cuban people themselves. However, on a recent trip to Havana, our delegation heard that the US blockade is now threatening the health of Americans.

Cuba is known for having one of the best health care systems in the world. They have the most doctors per capita; one hundred and sixty-four countries around the world have been aided by Cuban doctors and nurses. The offer to send healthcare professionals to help after devastating hurricanes in Puerto Rice, and before that in New Orleans, was rejected by the US government. Twenty-seven per cent of the Cuban state budget is spent on healthcare. Every health service is free of charge and they have the lowest rate in the Americas of HIV and STD transmission to newborns. In addition, Cuba has an infant mortality rate of 4 deaths per 1000 births compared to 5.8 deaths in the United States.

Cuban research has developed advanced vaccines and medications that are playing a positive role in combatting cancer and diabetes.  Cuba has developed Cimavax, an effective lung cancer vaccine, which stops tumors from growing. The drug took 25 years to develop and has been available for free to Cuban patients since 2011. A research hospital in Buffalo, New York was in the midst of overseeing the first American trials, when they were abruptly canceled as a result of US decision to enforce all aspects of the Helms-Burton Act. All cooperation agreements between the US and Cuba were halted; as a result, patients in the United States have no access to the drug, unless they travel to Cuba directly. However, the Trump administration has also tightened the restrictions for Americans visiting Cuba, by eliminating the category of ‘people to people,’ which was the category that most of them used to visit the island. People-to-people allowed Americans to travel to Cuba for educational activities and cultural exchanges.

Diabetes is widespread across the Americas. Cuba has developed a drug called Heberprot-P that is 78% successful in the prevention of diabetic amputations. Cuban doctors have treated more than 100,000 patients in 20 countries around the world. But, because of the blockade, the drug cannot be exported to the United States. How many thousands would be saved from amputations if the drug was available to US doctors? A report from 2018 by cardiologist Foluso Fakorede indicates that everyday there are 230 Americans with diabetes who will suffer an amputation. If they had access to the Cuban drug, almost 180 people could be spared amputation every day.

While it is clear that the US blockade is detrimental to the health of American citizens, it is also having a direct impact in Cuba. Technological advancements are hindered, as access is blocked for things like spare parts for MRIs. While the Cuban pharmaceutical industry is highly advanced, there is limited access to some necessary ingredients because of the embargo.

The Federation of Cuban Women (FMC) told our delegation that the expanded blockade has reduced access to proper breast cancer medications. In addition, education resources are hampered by the lack of printing material. Special education resources are particularly impacted as the schools have trouble accessing braille machines, for example. Cubans have difficulty sewing clothes due to the lack of raw materials. But despite the hardships, the representative of the FMC told our delegation that “the harsher the blockade, the stronger the women’s federation becomes.”

This sentiment was echoed at our meeting with the Trade Union Central (CTC) in Havana. “As the US strengthened their sanctions against us,” declared one CTC leader, “the more we are convinced that our revolution will not fail.”