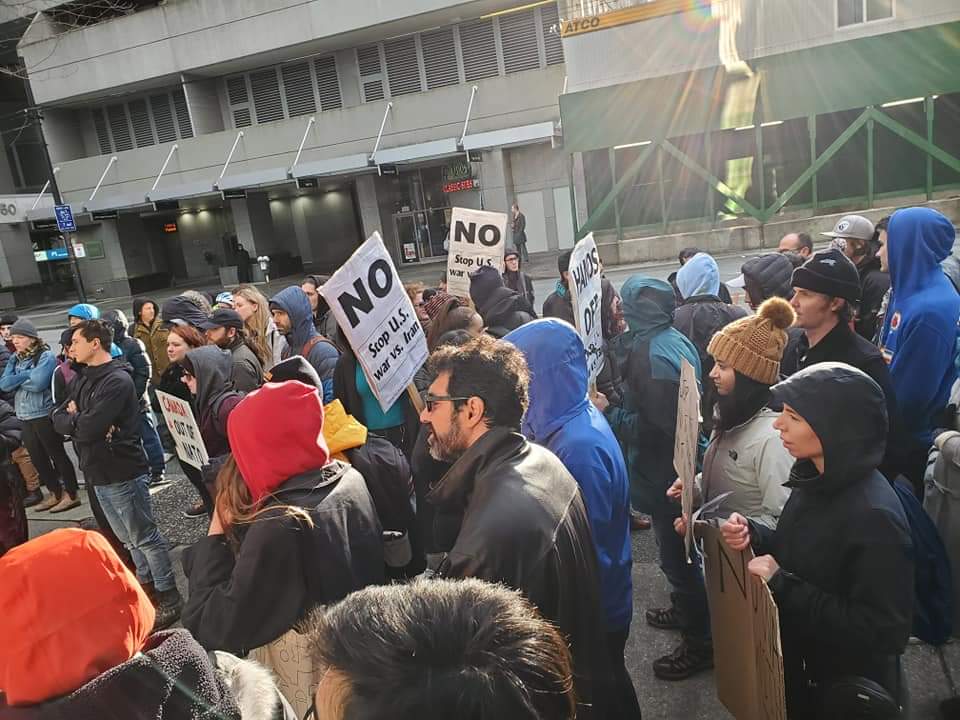 On February 25, the Canadian Labour Congress holds its annual “Lobby Day.” Hundreds of union activists participate, meeting with MPs to press for legislation and action on issues that matter most to working people.

If the CLC website is any indication, it seems there’s little chance that the US-led aggression against Iran (and Iraq) and the risk of a regional or global war will be included among the issues discussed. In fact, it appears that none of the major unions in Canada has made mention of this concern.

It is unacceptable that organizations representing the working class would remain silent in the face of the illegal US airstrike and assassination of senior Iranian and Iraqi officials. An act that brings the world closer to outright war, involving nuclear armed states, places humanity on a path to destruction and must be condemned.

Historically, the trade union movement played a key role in building and strengthening the peace movement in Canada – from the local level to the country-wide mobilizations and networks. This should not be surprising – after all, the peace movement has consistently fought for the reorientation of Canada’s political and economic priorities, away from militarism and war and towards the needs of people and the environment. While there have always been areas of debate and difference, this intimate dovetail with the priorities and policies of the labour movement meant for a mutually beneficial alliance.

Today, that history seems to be a fond dream.

Instead of taking a stand against aggression, the CLC President has shown that he prefers to toe the government line, ignoring and even silencing labour activists like Donald Lafleur who speak up against brutal and illegal sanctions against the people of Syria and many other countries.

Climate disaster and war are the two key threats to working people today. They are not, by any means, the only issues and struggles we face, but they are the two that endanger our very survival.

As union activists prepare for the CLC convention in May, let’s commit to pressing the labour movement to speak up for peace.