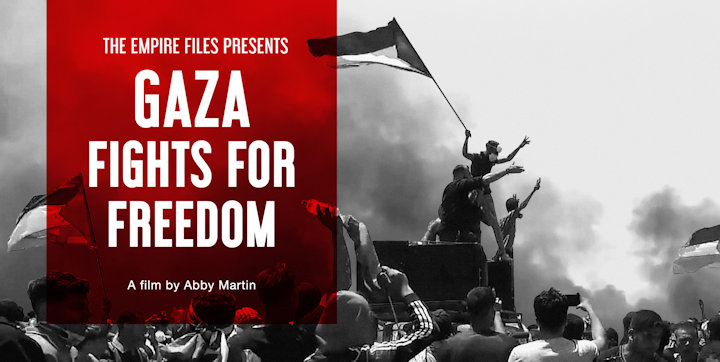 In the wake of the Bush-era box-office popularity of socially engaged documentary films like Fahrenheit 9/11, The Fog of War and An Inconvenient Truth, a return to political documentary film-making was heralded in various quarters. Even a cursory glance at various streaming services, like Netflix or Amazon Prime, reveals a glut of slicker-than-simple specials dedicated to exposing factory farming pharmaceutical lobbyists, etc.

To the extent that these are socially engaged films, at best they represent something of an anti-corporate populism – self-important, but not actively harmful. Their worst manifestation is in films which purport to be deeply engaged but are actually thinly veiled propaganda pieces for National Endowment for Democracy and USAID grantees, slick attacks on the US State Department enemy du jour. Think of the pseudo-revolutionary celebrations of the popular power of the fascist Maidan uprising in Ukraine, for example.

None of these films reached the high points of popular documentary film of even the past four decades. They are nowhere near representing the engaged anti-imperialism of 1993’s The Panama Deception, an expert dissection of the United States’ horrendous 1989 invasion of Panama. There are few films like Chile: Hasta Cuando? or El Salvador: Another Vietnam. Missing is the class-consciousness of Harlan Country: USA or Peter Davis’ Hearts and Minds. You will search vainly for a film like Emile de Antonio’s anti-imperialist masterwork In the Year of the Pig in your Netflix queue.

Watching the film Gaza Fights for Freedom in a community-run theatre in Toronto, the day after the federal election, brought to mind the best of those films: their engagement with imperialism and struggles for liberation, and their exposure of our own complicity in the horrific daily reality of those who are on the receiving end of imperialism’s brutality. This film shares few similarities with most of its astroturfed contemporaries.

The film was crowdfunded and self-financed by filmmakers Mike Prysner and Abby Martin and was shot by Palestinian videographers. Prysner and Martin will be familiar to many as the creators of the Telesur English series The Empire Files, which offered excellent and well-crafted primers on various anti-imperialist struggles and topics like anticommunism as the unofficial state religion of the United States of America. (Unfortunately, the expansion of sanctions by the US government has meant that they are no longer able to access funding to continue producing the series.)

Gaza Fights for Freedom is centred around the March of Return protests. These are the weekly peaceful marches in Gaza which constitute one of the most compelling recent examples of mass peaceful protest, and also one of its most repressed. Gaza, a thin strip of land on the Mediterranean, is one of the most densely populated places on earth. It is besieged by the Israeli government, an occupying force of American imperialism which maintains a siege and a daily diet of violence that is as repellent as anything one could imagine. Caged in this open-air extermination camp and treated as terrorists – thus fitting targets for the Israeli state – Palestinians resist by marching peacefully every Friday towards the fences and Israeli Defence Forces structures that police their lives and confine them.

The film examines the repression in Gaza through the lens of international law. Despite that, it is not a dry abstract examination, but rather animated by the human reality of the Palestinian people’s brave resistance.

We meet the father trying desperately to provide for his family, scavenging amongst the rubble in the ostensibly self-governing territory where the apartheid Israeli state tightly controls food to ensure the barest minimum of caloric intake. His family eats what little they can in a candlelit room; in Gaza, there is only electricity for a few hours a day. The water they drink is more than likely poisonous, as 98% of freshwater in Gaza is toxic.

We hear the utterly heartbreaking story of the young Palestinian medic Razan Al-Najar, murdered by Israeli snipers while trying to treat an unarmed Palestinian who had been shot by the same snipers. (Only two weeks before Al-Najar’s murder, Canadian doctor Tarek Loubani, also clearly identified as a medic, was shot in both legs at the same protest, along with 18 other medical professionals.)

And we see the repulsive US corporate media repeating the worst hasbara of the morally deficient Israeli state, with all its dehumanizing language of human shields, terror kites, and deeply racist characterizations of Arabs and Palestinians.

The film is not for the faint of heart. The scenes of murder and assassination by the occupying Israeli forces had me choking more often than not throughout the film. The level of violence directed at Palestinians seems almost unfathomable, but only if we forget that Canada was created using the exact same colonial tactics of starvation, murder, cultural elimination and population control. The ruling class of Canada applied such tactics to exterminate as much of the Indigenous population as they felt was necessary to ensure the development of capitalism, and the Canadian ruling class continues to support it.

This colonial orientation within Canada is reflected in the realm international relations; most readers will be familiar with awful statements from Liberals and Conservatives, in support of Israeli apartheid. But this sentiment is even more broadly held – the NDP also has MPs that are enthusiastic members of the Canada-Israeli Parliamentary group and who participate in Israeli propaganda junkets. This past election, like the previous, the NDP axed candidates for supporting the Boycott-Divestment-Sanctions (BDS) campaign and Palestinian rights.

Gaza Fights for Freedom leads to one unavoidable conclusion: any moral person must support and participate in the BDS movement. Support for BDS is, like in the fight against South African apartheid and racial rule, the very bare minimum.

For more information on the film and screenings, visit gazafightsforfreedom.com