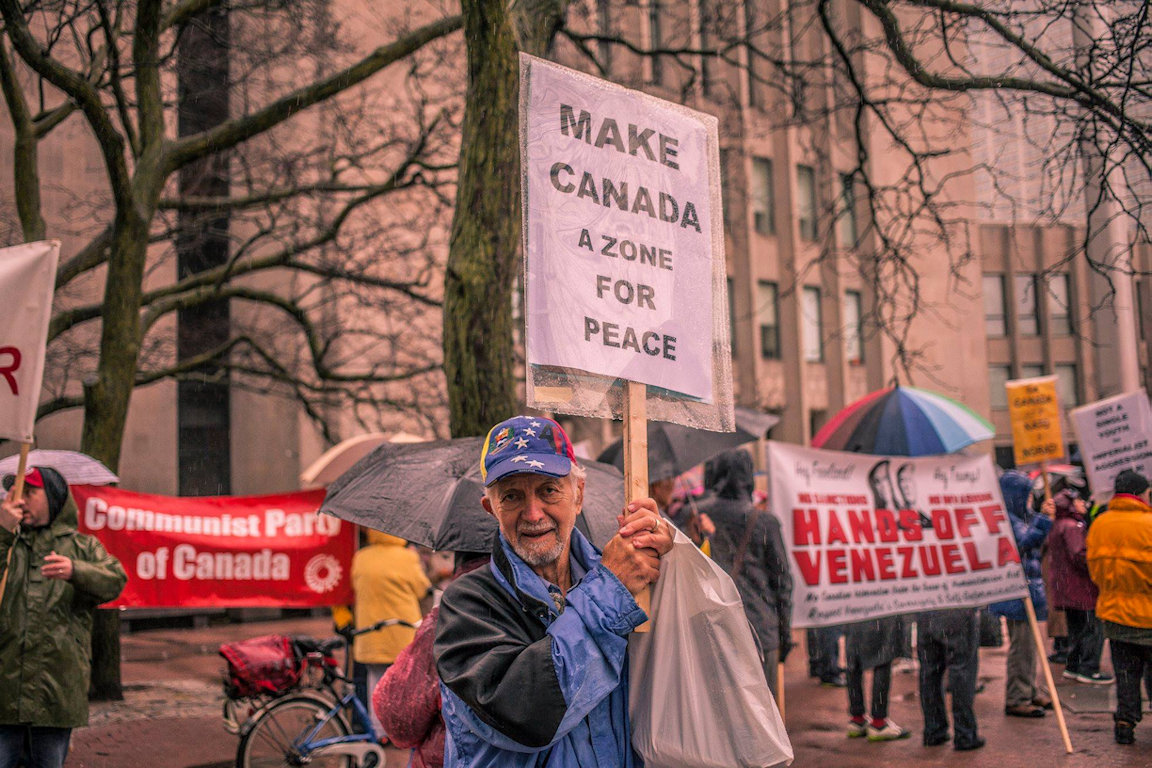 Notably, in a sad way, because out of the mainstream parties that will be participating in leaders’ debates, monopolizing media attention, flooding the airwaves with advertising, and spending millions to convince you that their version of capitalism is the one for you, one hundred percent of none have anything in their platform that represents a foreign policy of peace.

The campaign will occur against a backdrop of increased militarism and aggression from the US-EU-NATO axis – which Canadian governments of all colours, so far, have enthusiastically supported (albeit with different degrees of public glee.) From DPRK to Ukraine to Colombia to Venezuela to Kashmir to Hong Kong … the list of “hot spots” is growing and getting hotter.

The working class, Indigenous people, youth and students, women, 2S/LGBTiQ, racialized people – all of us have an urgent stake in preventing war and stopping the brtually dangerous militarism that threatens the planet.

The only way to make peace an election issue is for the people to demand it.