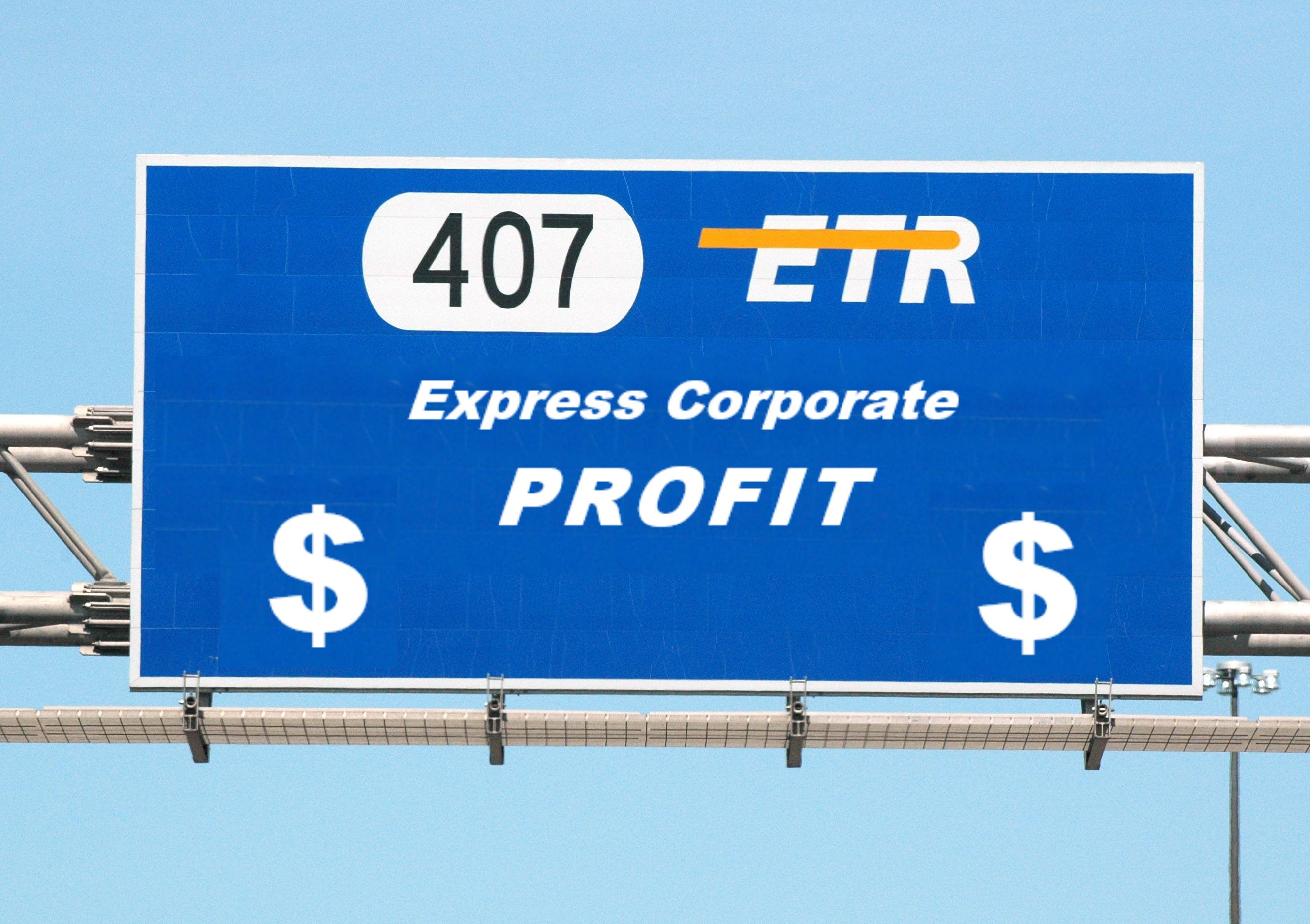 In 1999, the Mike Harris Conservatives sold Highway 407 for $3.1 billion, in what was then the biggest privatization ever in North America. Among the private consortium was SNC-Lavalin, who purchased a 16.7% share for around $520 million.

Last month, SNC-Lavalin announced it was selling 10% of its share, for $3.25 billion.

This, of course, doesn’t take into account the $300 million in annual profit that Lavalin and the other privateers have raked in from the highway. A conservative guess is that SNC-Lavalin, as a 16.7% shareholder, made in the area of $5-7 billion during those 20 years.

Highway 407 was built in 1997 at a cost of $1.6 billion to the public. The lands that it runs through were purchased in the 1970s for an estimated $100 billion cost to the public. This figure comes from comments recorded in Hansard, by a dissenting Tory MPP.

So, after fleecing the public out of tens of billions of dollars, the private sector – or part of it – is selling the asset back…at a whopping profit. The buyer is the Canada Pension Plan Investment Board (CPPIB), who is using the deferred wages (that’s what pensions are, right?) of millions of workers to buy something that those same workers already paid for through their tax dollars, so that those workers can have a retirement income that is totally insufficient to live on because public funds have been fleeced by private corporations like SNC-Lavalin, who either buy up public assets at a discount or get billions in bailouts at the same time that they fire workers or both.

Put the telecoms under public ownership