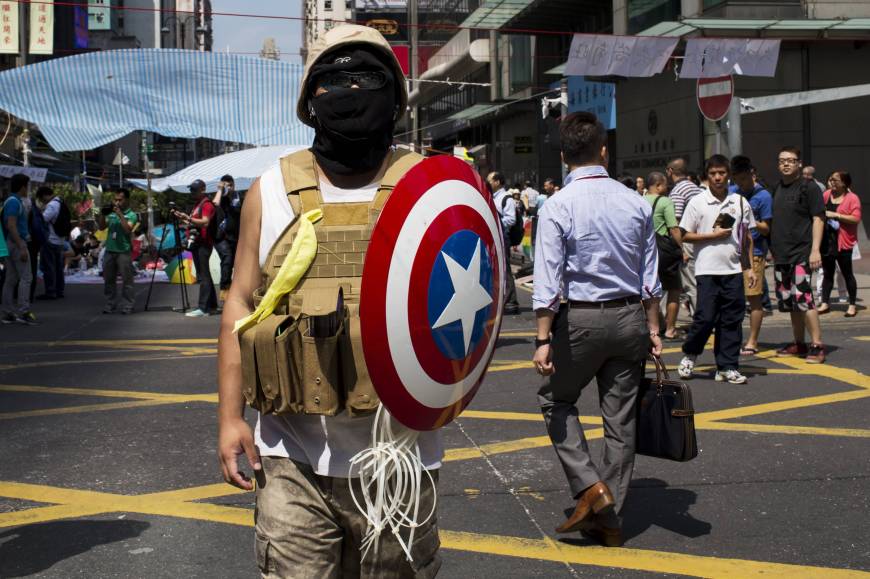 The recent violent protests in Hong Kong have focussed on the alleged unfairness of a proposed law permitting the extradition of criminal suspects for crimes committed elsewhere on the Chinese mainland. The protest organizers claim that the extradition agreement would be used to target “activists” in Hong Kong opposing Chinese sovereignty over Hong Kong. But the proposed extradition law is similar to that existing between provinces in Canada, the United States and most other countries.

The extradition issue is but a pretext for a much darker political objective – to destabilize the People’s Republic of China and to negate Chinese sovereignty.

In 1997, Britain was forced to end its colonial rule of Hong Kong where democracy was non-existent. The re-uniting of this city with the rest of the country was a victory for Chinese sovereignty and territorial integrity, as well as a blow to colonialism everywhere. But British and U.S. imperialist circles hoped they could turn this setback into a strategic asset by using Hong Kong as a ‘Trojan horse’ – a base from which to undermine the economic and political foundations of socialism in China.

Almost at once, millions of dollars came to be funneled to various Hong Kong-based NGOs, trade unions, student groups, academic think tanks and other ‘civil society’ organizations, many of which have been involved in organizing and supporting the current wave of protests. Much of this funding comes directly from the British and U.S. governments and to a lesser extent Canada and other NATO countries. Other ‘donations’ have been channeled through the National Endowment for Democracy (NED), Freedom House and some other unofficial extensions of the leading imperialist powers. This is the historical and political context within which the current round of protests must be understood.

Such is the real ‘hidden hand’ behind the events which have shaken Hong Kong in recent weeks. The intention was to provoke the Hong Kong and Chinese authorities into responding forcefully, especially after the criminal attack on, and trashing of the Hong Kong legislature and the posting of British and colonial flags.

Remarkably, the local police and authorities have shown incredible restraint. What would be the reaction of Canadian authorities to a similar attack on Parliament Hill?

The Hong Kong protests are not isolated events. Rather, they are part-and-parcel of a wider strategy to destabilize China, to foment unrest and undermine the political rule of the Chinese Communist Party. The US/NATO axis seeks to weaken and discredit China’s prestige and influence internationally, to stunt its economic advance, and safeguard continued Western imperialist hegemony of the entire world.

This anti-China strategy includes the US/NATO military build-up in East Asia, Trump’s ‘tariff war’, and the intensifying propaganda campaign against China, all of which are creating a dangerous threat to world peace. The Canadian Peace Congress is also alarmed by the recent actions of the Canadian government, beginning with the arrest and impending extradition of Huawei Executive Meng Wanzhou, which have contributed to the serious deterioration in Canada-China bilateral relations.

The Canadian Peace Congress urges all Canadians to consider carefully the subtext of the Hong Kong developments, and not be misled by mainstream media coverage into supporting western-inspired violence in Hong Kong and the broader campaign of anti-China manoeuvres and provocations. Instead, we call on Canada and its US/NATO allies to end blatant interference in the internal, sovereign affairs of the People’s Republic of China, which is an explicit violation of international law and the UN Charter.