Two back-to-back Ontario court decisions have benefited rapists and made it even more difficult for survivors to get justice. The Ontario Superior Court has overturned a provincial law that prevented accused rapists from claiming intoxication as a defense, under the argument that it violates Charter rights as decided by the Supreme Court of Canada in 1994.

This follows weeks after an Ontario court acquitted four young Niagara men of raping a young woman who was drunk, because the judge held the prosecution had to meet a very high bar to show her incapacity for consent.

These cases come only one year after a Nova Scotia judge acquitted a man of raping a woman who was so drunk she was found unconscious, on the grounds that it was unknown when she passed out, prompting Dalhousie University law professor Elaine Craig to declare that it’s “open season on incapacitated women”. 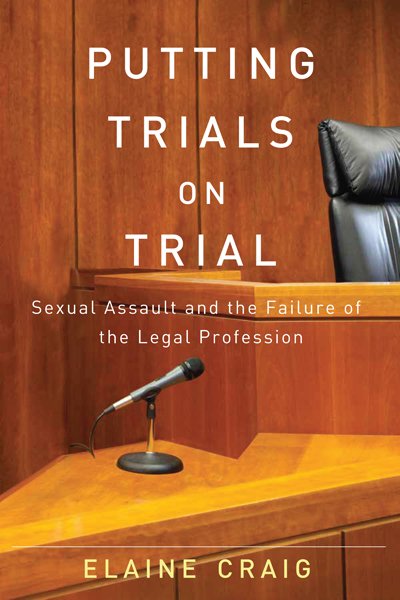 Earlier this year, Prof. Craig launched a new book on this issue, Putting Trials on Trial: Sexual Assault and the Failure of the Legal Profession. The chance that a sexual assaults in Canada will result in legal punishment is less than one percent, which leads to justified distrust and fear by assault survivors of a justice system which so often re-victimizes them.

A 1994 Supreme Court of Canada case, R. v. Daviault, ruled that holding a rapist responsible if they are drunk would violate their Charter right to a defense. Ontario passed a law shortly afterwards abolishing self-intoxication as a defense against assault accusations. This law was challenged in R. v. McCaw, where Ontario Superior Court Justice Nancy Spies overturned it, calling it a violation of Charter rights. Activists in Ontario have started mobilizing against this ruling, including launching a change.org petition “Intoxication is not a valid defence for sexual assault” signed by over 25,000 people in just a few weeks.

English common law under the Leary rule holds that if someone is drunk they are still responsible for their actions, because they chose to become drunk, as people are accountable to drink responsibly. Driving while drunk is still a crime, but raping someone while drunk may no longer be a crime in Ontario.

This is especially perverse given that a young woman who survived a gang rape in Niagara was held to a different standard. Although she was very drunk when raped by those who were supposed to be giving her a “designated driver” ride from a party, the judge ruled the prosecution had not met the high bar to show she could not give consent, as that requires a “low level of cognition”, despite agreeing the Crown’s case was more compelling than the defense’s (R. v. N.B.).

It is difficult to see how such a high bar could be met. Even more perverse were the defense’s arguments, including that the survivor was driven by “alcohol, estrogen, and adrenaline,” as if estrogen can be partly responsible for rape. Even the judge recognized the defense was ignoring the survivor’s trauma.

How high is such a bar for proof of incapacity for consent? The previous year a Nova Scotia man was acquitted of raping his taxi passenger, who was so drunk that she was found unconscious. Judge Gregory Lenehan ruled that she could still appear to give consent even though actually unable to. The judge even commented that he would not want his daughter or any other woman to be driven by the accused, while at the same time acquitting him.

Nova Scotians were so outraged they marched against the judge, launched a petition signed by over 37,000 people, and filed 121 misconduct complaints, prompting the judge to change his phone number. The judge was cleared earlier this year on the grounds that his decision was accurate within the law, and the review committee cited a previous ruling that they needed to be “watchdogs against mob justice”, without mentioning who would be watchdogs for rape survivors.

The legal system and laws, both the rulings as well as the high barrier to prove incapacity to give consent, are part of rape culture which give impunity to rapists and punishes survivors with gross injustice. No one has challenged drunkenness as a defense for driving under the influence of alcohol, but not only has rape been challenged as something men should be held accountable for when they are drunk, judges have agreed with the challenge and granted near impunity to terrorizing women.