The recent incidents of vandalizing of the statues of Vladimir Lenin in India by supporters of the BJP government have made the book on the towering leader of Bolshevik revolution more relevant.

Reminiscences of Lenin is a memoir of Clara Zetkin, a German political activist, based on her interactions with an icon of the communist movement. The towering Indian revolutionary Bhagat Singh, who was hanged on March 23, 1931 for killing a British police officer, was reading this book before being taken to the gallows.

Jagmohan Singh, a well-known social justice activist and nephew of Bhagat Singh, was instrumental in finding the copy of the book that was first published in 1929 by Modern Books Ltd, in London. Bhagat Singh was always interested in personal traits that enabled one to carry forward revolutionary tasks, Jagmohan Singh writes in the introductory note. 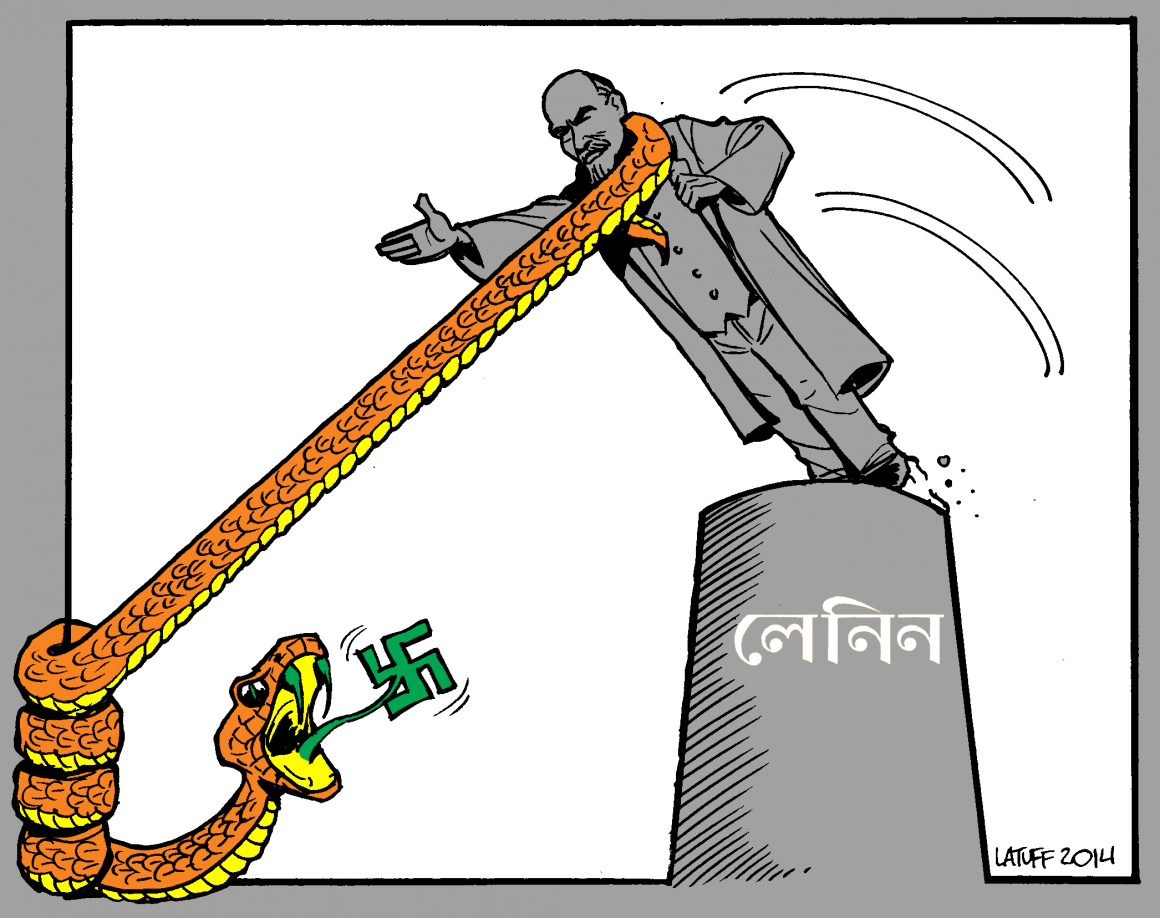 The book brings to life the portrait of Lenin as a humble leader who always had an ear for the masses and who had given hope for liberation to the oppressed nations, including India, by leading the Bolshevik revolution of 1917. He had a dream to educate and enlighten society and free them from illiteracy and superstition. Unlike the BJP leaders who continue to promote bigotry and blind faith and attack art, Lenin created a free atmosphere for artists and cultural activism. “I have courage to show myself a barbarian”, he told Clara during a conversation on literacy and art in Bolshevik Russia.

Lenin stood for values that are despised by the Hindu Right under BJP. Rather than learning from Lenin and acknowledging the role he played in inspiring the revolutionaries who died fighting for India’s freedom, the BJP supporters are recklessly trying to destroy Leninism by targeting his statues, without realizing that Lenin is beyond these icons and continues to rule the hearts of the people everywhere. You can break his statues in pieces, but you cannot kill Lenin, who symbolizes an ideology that is much greater in size than the politics of hate preached and practiced by the BJP.