On March 5, members of two different locals of the Canadian Union of Public Employees hit the picket lines at Ontario universities: CUPE 2424 at Carleton and CUPE 3903 at York. CUPE 3903 is on strike for the third time in a decade at their campus in North Toronto.

The York U local includes nearly 3,000 educational workers: teaching assistants (unit 1), contract faculty (unit 2), graduate and research assistants (unit 3) and part-time librarians (unit 4). Units 1, 2 and 3 were in bargaining and are now on strike.

On March 2, members voted to reject the final offer by the university. They attempted to continue bargaining over the weekend but the university refused. Picket lines went up on Monday morning, and a solidarity rally attracted a large crowd of strikers and supporters.

Local 3903 and its members are fighting against the elimination of 800 graduate assistant jobs. The union says that “unit three was decimated” through a changing funding model put brought in by the university.

Campus education workers are also fighting against the elimination of the “Conversions program” for contract faculty (unit 2). This program, in place since 1988, previously offered eight high-seniority contract faculty tenure-track positions per year. York is trying to cut the tenure-track positions on offer to only two positions a year. This is an attack on educational workers job security and serves to keep faculty as precarious, low-paid, contract employees.

Ontario’s public per-student funding for post-secondary education remains the lowest across the country. It is no surprise then that tuition fees are the highest, that classes are the largest and that universities and colleges are attacking workers. In late 2017, college faculty organized by OPSEU fought a long strike. Despite being weakened by back-to-work legislation, OPSEU won significant gains in rolling back the expansion of precarious work.

The strike at York promises to be another important battle for better learning and working conditions at schools across the province and Canada. It is also part of the broader fight against precarious employment in the public sector and beyond.

The base funding for York Teaching Assistants is

As graduate students, TAs pay about

Rent for a 1-bedroom apartment at York is

After paying rent and tuition TAs are left with

for food, research materials, transit, cellphone, internet and so on. 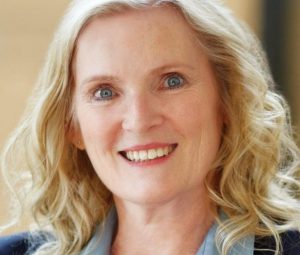 half a million dollars/year!

She also gets her housing paid for and a personal driver.