Labour artist and communist Charley Stimac died in Montreal on New Year’s Day. He was 68, and had struggled with multiple sclerosis (MS) for half of his life. Charley’s death was an occasion for family, friends, and comrades to reflect on the capacity of human beings to overcome disabling adversity.

His forebears were working-class people who came to Michigan from Croatia. Charley’s grandparents were founding members of the United Auto Workers. They participated in the historic auto industry struggles in Detroit during the Thirties. Charley was born in the Motor City in 1949, the son of a union carpenter and a garment worker. As a youth in Detroit, he attended what had been an all-black inner-city school. In the sixties he studied anthropology at Wayne State University, participated in Students for a Democratic Society (SDS), and supported the Black liberation movement. 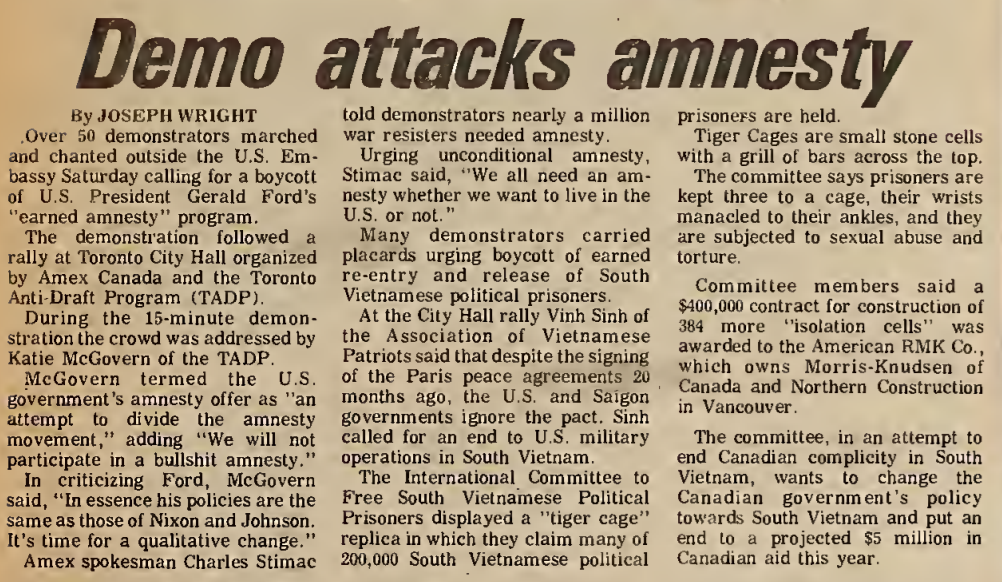 As a war resister, Charley came to Canada with his wife Jenny in 1972. He supported his growing family (Kiva was born in 1972, and Mirko in 1975) by working in foundries and mines. At the Anaconda brass foundry in Etobicoke (near Toronto) he became a member of the United Steelworkers (USW), and joined the Communist Party of Canada. He also began his long association with Amex-Canada (Americans Exiled in Canada), an organization of Vietnam war-resisters and Canadians who supported them. 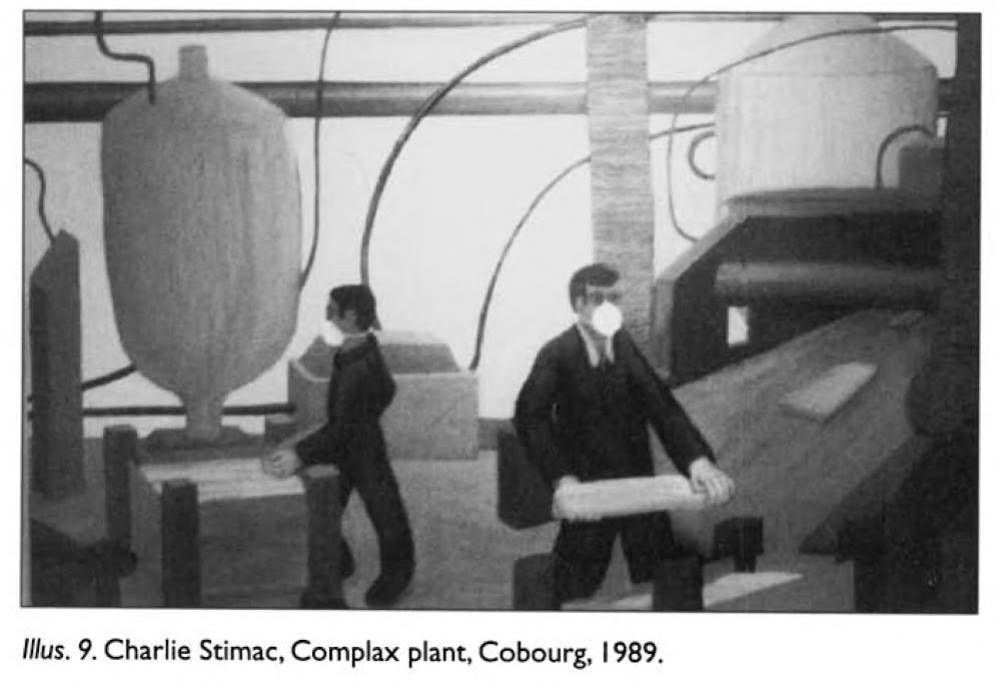 All the while, Charley worked at developing his artistic talents. His art was influenced by the Mexican painter Frida Kahlo, and the muralists David Siquieros and Diego Rivera. During his most active years Charley completed commissioned works (murals, paintings, and posters) for USW District 6 (Ontario), the Alberta Federation of Labour, the United Auto Workers, and other labour organizations. He received a Canada Council grant for a series of paintings about mines and steel mills, and an Ontario Arts Council grant for a series of paintings on working life in Eastern Ontario. Other works addressed international issues, such as solidarity with oppressed peoples in South Africa and Palestine.

Communist Party members remember Charley working at General Electric in downtown Toronto, and being a member of the Spark Club. Other comrades recall him, later, as a member of the Media Club, an activist with the Canada-Cuba Friendship Association, and manager of Book World, the Toronto book store. It was at this time, in the 80’s, that the symptoms of MS first appeared.

Charley and Jenny divorced in 1987, and he entered into a common-law marriage with artist Lynda Lapeer, who died in 2007. Although he needed a wheelchair, disability did not prevent him from attending Trent University in nearby Peterborough. His second daughter, Angela Lapeer-Stimac, was born in 1990.

At the end of his marriage with Lynda, Charley moved to the West Coast, and enrolled at the University of Victoria, where he started a Ph.D. program. His thesis topic was “Cultures of Resistance”. Unfortunately, he had to withdraw when his MS worsened. Charley moved into a ground-floor unit in a housing co-op, with a patio and yard at the back. The Communist Party’s Victoria Club, of which he was a member, held its meetings at his place.

“He was a constant source of inspiration to us with his beauty, wisdom, championing of the underdog, and his belief in the sublime in all things, even in the face of adversity and hardship.” 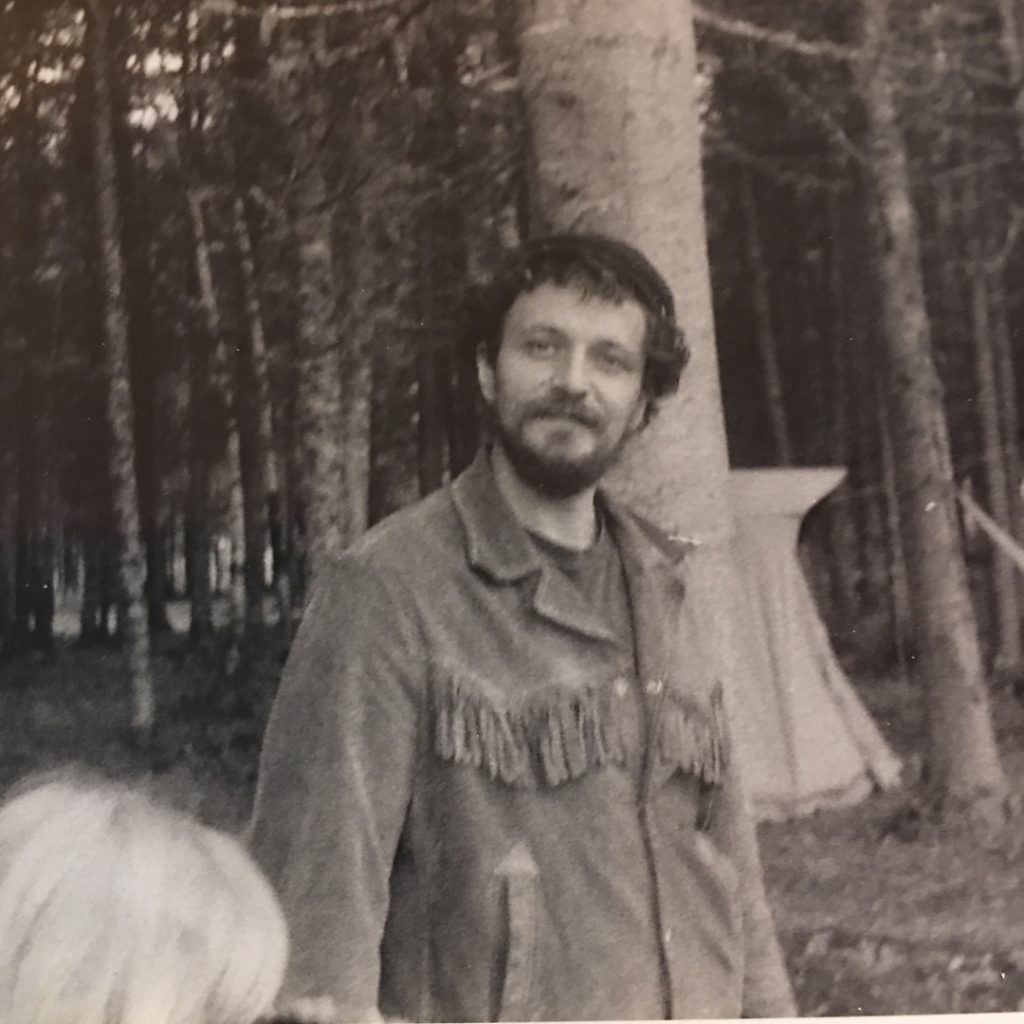 In the 2000 federal election, the CPC decided to nominate 50 candidates in order to regain its registered party status, lost under undemocratic amendments to the Elections Act in 1993. The final total of 52 included Charley Stimac in Saanich-Gulf Islands. The Victoria Club submitted the necessary nomination signatures shortly before the deadline, overcoming obstacles such as finding the district returning office – Charley and another comrade were dropped off at the wrong address and he had to wheel his way down the highway in the rain to the right location. His campaign was a very courageous action by a comrade whose health was so poor, but thanks to him and many others, the Party regained its legal status.

Charley handled the task of being an independent handicapped person for many years, but as his MS advanced, his ability to take care of himself lessened. Eventually, Kiva came to Victoria to care for him. Some months later, she took him to Montreal, where she and her husband Mauro could look after him. Charley became part of a community, as well as a family. His caregivers included musicians, artists, and members of the Montreal transgender community. A 2004 story in the Montreal Gazette describes how Charley “borrowed the hands” of others – including Kiva – to complete his canvasses, and mentions an ongoing project to illustrate the struggle of unionized workers against the Quebec government.

Posting news of his passing on social media, Kiva wrote: “Our hero, father, friend, and heart has left us this morning, peacefully in his sleep. He was a constant source of inspiration to us with his beauty, wisdom, championing of the underdog, and his belief in the sublime in all things, even in the face of adversity and hardship”. She announced the creation of the Charley Stimac Honorary Fund for Peace and Justice in the Arts. The fund is a grassroots initiative involving family members and friends who are committed to carrying forward Charley’s memory by supporting the ideals and values that he embodied. Its objective is to grant annual funding “to an artist or art collective/organization that is deeply engaged in working toward the intersection of art and social
justice.”

To make a donation write to info@casadelpopolo.com