Eighty years ago, a bitter civil war was raging in Spain, pitting the forces defending the democratic republic – including 35,000 volunteers of the International Brigades – against the fascist rebel army of General Franco, with military support from Hitler’s Germany and Mussolini’s Italy. Last month, an album of songs of resistance from that war, For Those Who Came After, was released by Important Records. It features ten famous songs from that noble, but unequal struggle, including Viva La Quince Brigada, L’Internationale, and Freiheit. They’re interpreted by Barbez, a crack seven-piece ensemble from Brooklyn, with guest vocalist, soprano Velina Brown. The eclectic lineup includes clarinet, guitar, marimba, vibraphone, violin, bass, drums, and that haunting electronic instrument invented in the USSR, the theremin. The album is supported by the Abraham Lincoln Brigade Archives (ALBA), a non-profit dedicated to teaching the legacy of that U.S. component of the International Brigade. Older readers will remember Songs of the Spanish Civil War (Folkways), an album featuring, among others, a young Pete Seeger and the German singer Ernst Busch. For Those Who Came Later offers those timeless songs to a new anti-fascist generation. 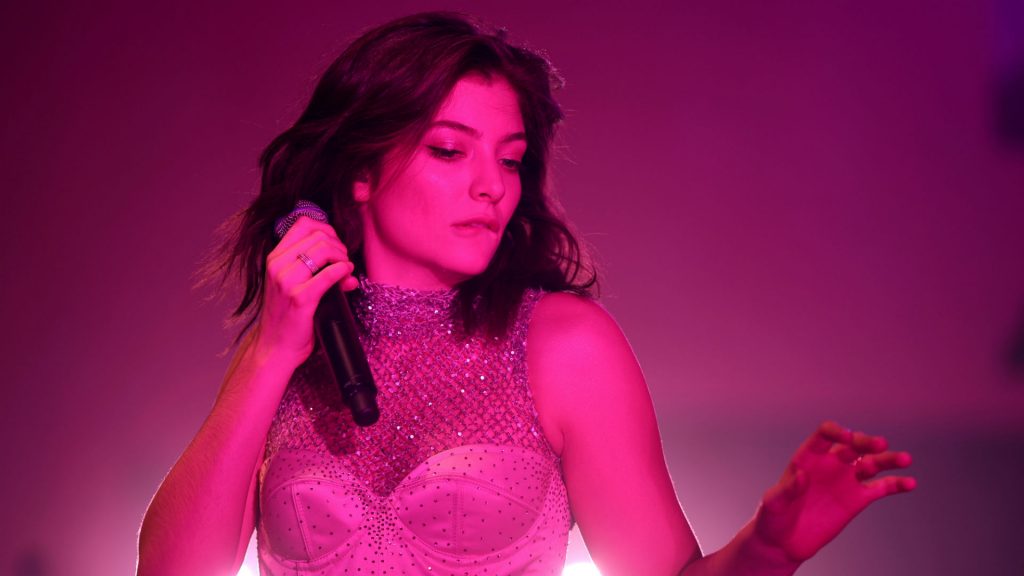 BDS movement won a major victory in December when New Zealand superstar, Lorde, currently riding high in the charts with her new album, Melodrama, cancelled an upcoming show in Israel. After engaging in an online conversation with fans, the singer concluded that her decision, just a week before, to book a June concert in Tel Aviv had not been the “right call”. Two young New Zealand fans, Nadia Abu-Shanab (a Palestinian), and Justine Sachs (who is Jewish), had politely engaged her in an open letter. In a Tweet published soon afterwards, Lorde wrote: “Hey guys, so about the Israel show – I’ve received an overwhelming number of messages and letters and have had a lot of discussions with people holding many views, and I think the right decision at this time is to cancel the show.” It was welcome news for BDS activists. Lorde’s decision is seen by some as a hopeful sign that a younger generation of artists will resist pressure from powerful oppressors. Time and Forbes magazines have called the 21-year-old Lorde one of the most influential young persons in the world.

Ray Hair, President of the American Federation of Musicians (AFM), has written two informative articles on the growth of streaming in the music industry, and the efforts of his union (representing more than 75,000 musicians in the U.S. and Canada) to defend its members against the negative effects of technological change. The Record Industry Association of America (RIAA) reports that retail revenue from streaming now represents 62% of its total income. The streaming trend is affecting digital downloads as well, with that format experiencing a 24% decline during the same period. We’re talking here of subscription streaming services like Spotify and Apple Music, radio services like Sirius XM and Pandora, and ad-supported on-demand streaming services like YouTube and Vevo. The AFM’s 2017 deal with sound recording industry major labels earmarks a percentage of streaming revenue to the AFM Pension Fund, the Sound Recording Special Payments Fund, and the Musicians Performance Trust Fund. This year, the union is seeking streaming agreements with the TV and film industry, where similar dramatic changes are taking place, as traditional cable TV and cinemas give way to “Smart TV” and Netflix. For more info: www.internationalmusician.com.

Thinking about those “Kumbaya moments”

Folksinger David Newland, whose comments on Stan Rogers’s “Northwest Passage” were discussed here last month, asks us now to reconsider another iconic folk song: Kumbaya. The African American spiritual from the Georgia Sea Islands, popularized by Pete Seeger and Joan Baez, was an anthem during the civil rights era. In an opinion piece in roots music magazine Penguin Eggs, Newland deplores the mindset that has turned a song of solidarity into a pejorative cliché. President Obama, for example, referring to problems brokering a peace deal with Israeli Prime Minister Netanyahu, said, “this can’t be reduced to ‘let’s all hold hands and sing Kumbaya‘”. Toronto folksinger Eve Goldberg suggests that Kumbaya (Come By Here) is a song that has been severed from its history, and hence, may sound insincere. But is the problem with the song, or with our times? The Urban Dictionary accurately defines a “Kumbaya Law”: “In any conversation where some of the participants hold an opinion to the left of other participants, someone with the more conservative position will compare said person’s opinion to the naivete of sitting around a campfire singing Kumbaya”. Toronto’s Ken Whiteley, who recorded Kumbaya with Raffi on a children’s album, gets to the heart of the matter: “When people use it as a pejorative… they are in fact criticizing the entire idea of people coming together, singing together.”