Folksinger Stan Rogers made a big impact in his short life. By the time of his death in 1983, at age 33, he’d written a body of songs that marked him as a uniquely Canadian balladeer, including “Barrett’s Privateers”, “The Mary Ellen Carter”, and “Northwest Passage”. The latter has been in the news a lot in recent years, especially since the mystery alluded to in “Northwest Passage” – the lost nineteenth-century arctic expedition of Sir John Franklin – was finally solved in 2014. Canadian folksinger, David Newland, who has traveled the Northwest Passage as an expedition host and performer, published an article on his experiences for the current issue of the Canadian roots music magazine, “Penguin Eggs”. He describes his problem with being asked to sing “that song”, aware as he is that Rogers ignored the indigenous peoples of the Arctic. Newland writes that he always chokes on the phrase “a land so wild and savage”. Toronto singer-songwriter and theatre-maker, Evalyn Parry, sailed the Northwest Passage with climate change scientists in 2014, just as the resolution of the Franklin mystery was being used by the Harper Government to extend Canadian sovereignty claims in the High Arctic. Afterwards, Parry composed “To Live in the Age of Melting: Northwest Passage”, a 20-minute performance piece combining original music and narrative passages with excerpts from “Northwest Passage” and the traditional ballad “Lady Franklin’s Lament”. She reminds listeners that the colonial process itself is “wild and savage”. Parry is still reflecting on this experience in her work. Last month she presented “Kiinalik: These Sharp Tools” at Toronto’s Buddies in Bad Times Theatre. Her co-presenter was Inuk storyteller and dancer, Laakkuluk Williamson Bathroy, who she had met on the 2014 expedition. Their performance embodies stories of their personal heritages and examines colonial histories, power structures, and the changing climate. (evalynparry.bandcamp.com)

The Canadian BDS Coalition is asking artists to endorse an open letter to Canadian rock superstar Bryan Adams, asking him to honour the call of Palestinian civil society for boycott, divestment, and sanctions against the state of Israel by cancelling shows in Tel Aviv and Jerusalem in early December. One might expect as much from an artist who, in debating supporters of Israel on Twitter during the 2014 war on Gaza, stated, “I say the war against Gaza was a crime against humanity”. The open letter, endorsed by Roger Waters, Leon Rosselson, and Tanya Tagaq, salutes Adams for those brave words, as well as for another 2014 tweet criticizing Israel’s blockade on Gaza, then in its eighth year. But its authors tell Adams that they’re puzzled by his upcoming concerts in Israel, because that blockade is now in its eleventh year. It quotes Amnesty International reports on the continuing dire conditions imposed upon the population of Gaza. Another open letter to Adams, from Boycott From Within (Israeli Citizens for BDS), acknowledges that he must feel that his performance will be a chance to deliver a “positive message of resistance”. But it goes on to quote English rock star Elvis Costello, who, in honouring BDS in 2010, wrote, “there are occasions when merely having your name added to a concert schedule may be interpreted as a political act that resonates more than anything that might be sung, and it may be assumed that one has no mind for the suffering of the innocent”. (https://bdscoalition.ca) 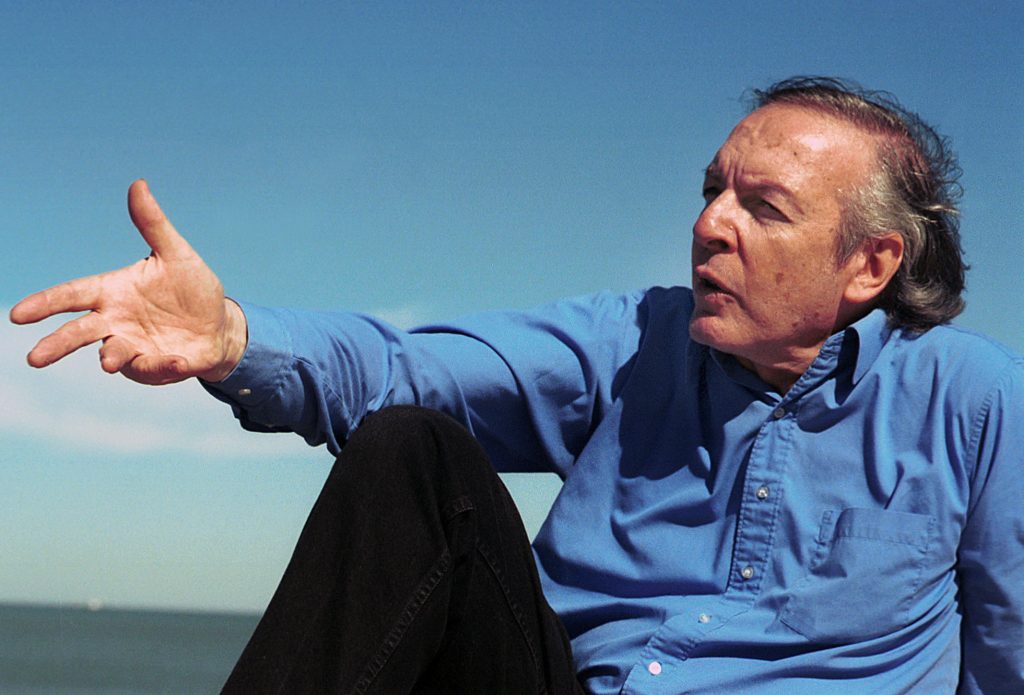 One of the outstanding musicians of Latin America, Uruguayan singer, guitarist, and composer, Daniel Vigiletti, died on October 30 while undergoing surgery in Montevideo. He was 78. Just days before, he’d performed in Bolivia at an event commemorating the 50th anniversary of the death of Che Guevara. The Uruguayan Communist Party (PCU) reported the news on its Facebook page, referring to him as “the dear comrade Daniel Viglietti”. Crowds gathered in Montevideo to remember the beloved musician and sing his songs. Viglietti was a protean artist. He had a beautiful voice, brilliant guitar technique, and a knack for combining elegant melodies with poetic lyrics – words that were infused with both compassion and indignation. Viglietti recorded his first album in 1963, and quickly became one of the leading voices in Latin America’s burgeoning Nueva Cançion movement, alongside artists like Violeta Parra and Victor Jara. After the military coup in 1973, he was imprisoned and tortured, but was released thanks to an international campaign. Vigliett returned to his homeland in 1984 and continued to flourish artistically until his death. I recall a sold-out Sunday afternoon concert at Toronto’s Harbord Collegiate in the 80s, where people were hanging from the rafters. At intermission, he adjourned to the basement daycare to give a concert for the children. Several Viglietti albums can be heard in full on YouTube. Songs to listen to: “A Desalambrar”, “Vamos Estudiantes”, and ” Cançion Para Mi America”.