On the eve of last month’s U.K. general election, Captain Ska, a group of session musicians who came together in 2010 to record “Liar Liar” – a protest song against tuition-fee hikes – released a re-worked and updated version of the same song. “Liar Liar GE2017” was launched on May 26, just two weeks before the election. Within a week, it reached #4 on U.K. single charts, and #1 in Amazon & iTunes download purchases. Such is the influence of social media today, especially among the younger generation, that this was achieved despite the refusal of radio stations to play the song. “Liar Liar GE2017” accuses Tory Prime Minister, Theresa May, of being a liar who cannot be trusted. Its lyric video slams her government’s cuts to education, health, welfare and disability benefits, and calls her out on her u-turns on Brexit, the so-called “dementia tax”, and the betrayal of her promise not to call a snap election. It also challenges Tory positions on war – especially nuclear war. Proceeds from sales will be donated to U.K. food banks. “Liar Liar GE2017” was produced in association with the People’s Assembly Against Austerity (www.thepeoplesassembly.org.uk). 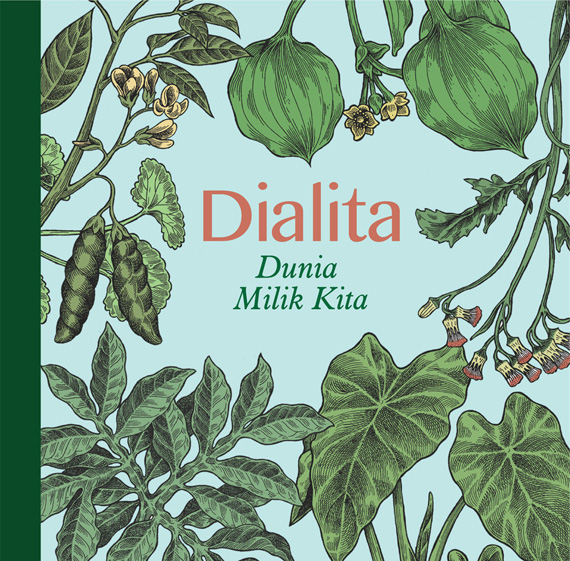 In Indonesia talking honestly about a crime against humanity committed in the mid-sixties has long been a taboo topic. In 1965, President Sukarno, a leading figure in the non-aligned movement, was overthrown in a military coup. The new regime, headed by General Suharto, banned the Communist Party of Indonesia (PKI). Over the next year, 500,000-1,000,000 communists and leftists were massacred, with many more sentenced to long prison terms. It’s well-known that American diplomats in Jakarta provided the dictatorship with the names of thousands of communists. One hopeful sign that the taboo is lifting is Dialita, a choir made up of women over 50 years of age who are either ex-prisoners, or whose parents, relatives and friends were captured, tortured and exiled during the pogrom. Dialita performs songs composed in prison during these years, and other songs that had been erased from the nation’s memory for decades. On August 17, 2016, Indonesia’s independence day, Dialita released its first album. “Dunia Milik Kita” (“The World is Ours”) is a beautiful listening experience that transcends language. Download it for free at www.yesnowave.com.

The American Federation of Musicians of the United States and Canada (AFM/CFM) has represented musicians since 1896. Its 80,000 members negotiate collective agreements, protect ownership of recorded music, and fight for health care benefits and pensions. While it’s sometimes dismissed as a business union, the AFM/CFM has become more militant and politically active since the election of International President Ray Hair in 2010. The union’s house organ, International Musician, provides evidence of numerous collective bargaining struggles, grassroots organizing campaigns (aimed at freelance musicians), and solidarity actions. Hair was in Montreal on May 12, where he spoke to the International Orchestra Conference about the challenge of satellite and web radio (Sirius, Pandora), and on-demand streaming (Spotify, Apple, YouTube, Amazon, Netflix). Noting that the merger of digital, production, and transmission technology has blurred the lines between broadcasting, streaming, and social media, Hair called for musicians everywhere to unite in bargaining with giant media corporations. “If we surrender complete control over media production and distribution,” Hair said, “we lose our leverage and stake in the content, and we cede higher economic ground to management, middlemen, agents, and others in the food chain.” Read Hair’s speech at www.internationalmusician.org.

American singer-songwriter and guitarist Jimmy LaFave died at his home in Austin, Texas, on May 21, just three days after appearing at a tribute in his honour at the city’s Paramount Theatre. LaFave, brought to the stage in a wheelchair, picked up a guitar and led the house in a moving singalong of “Goodnight Irene”. In April, he’d announced that he had spindle cell sarcoma, a rare form of cancer. Born in Wills Point, Texas, LaFave moved to Stillwater, Oklahoma as a child, where he became the centre of a music scene that came to be called “Red Dirt Music” – a mixture of rock, folk, rockabilly, and country, grounded in the landscape of Texas and Oklahoma. LaFave was a fine singer, with a high keening voice that conveyed intense emotion, whether delivering his own songs or interpreting lyrics of artists like Woody Guthrie and Bob Dylan. He gained wide exposure after a 1996 appearance on the PBS music series “Austin City Limits”, closing his set with a powerful rendition of Guthrie’s “This Land Is Your Land”. LaFave was close to the Guthrie family, which has its roots in Oklahoma. In 2007, at Nora Guthrie’s invitation, he spoke and performed at Woody’s induction into the Oklahoma Hall of Fame. LaFave released many excellent albums, including Cimmaron Manifesto and Road Novel.