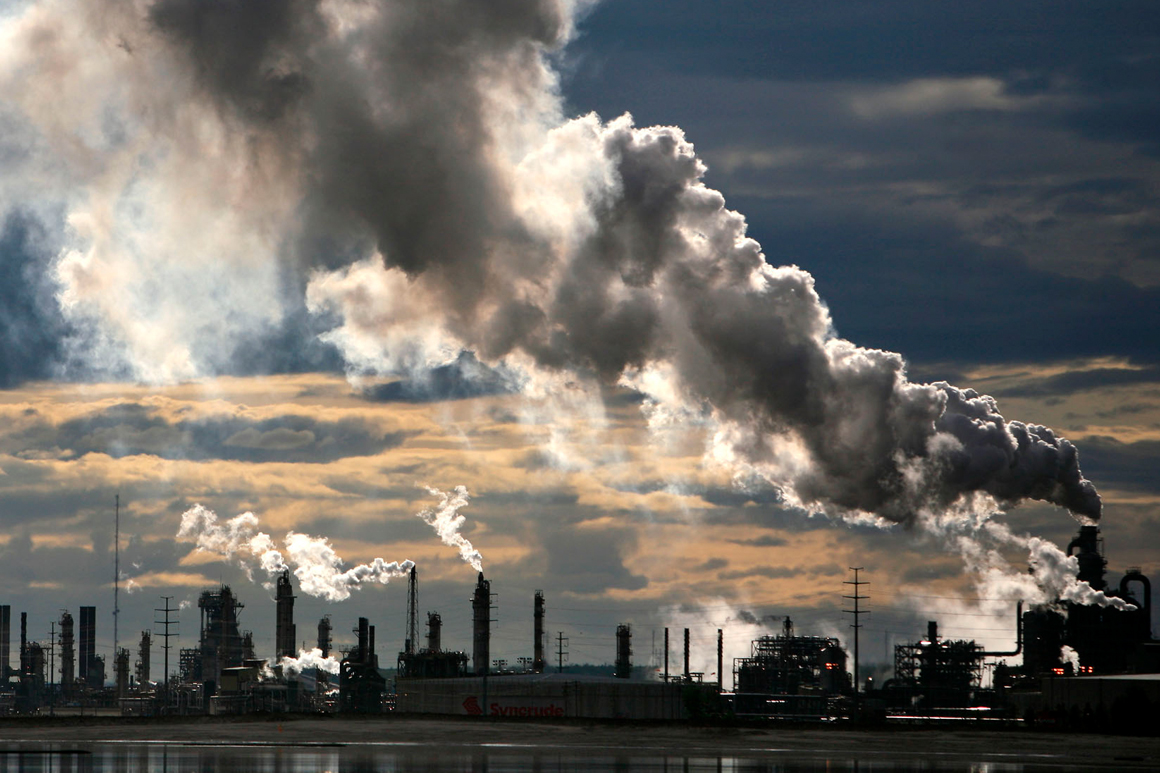 The 38th Central Convention of the Communist Party of Canada will be held on the May 21-23 weekend in Toronto. People’s Voice is reprinting brief excerpts from the Draft Political Resolution for the Convention. We invite readers to read the complete Draft online, at www.communist-party.ca, and to share your views. This issue features paragraphs dealing with the environmental crisis and the working class.

The 2015 COP21 Climate Change Conference in Paris was a focal point for world attention and hope that climate change would be reduced through mutual action of the states of the world. The outcome was disappointing – no legally binding emissions limits; no commitments from developed countries to adequately fund mitigation (reducing greenhouse gas emissions by renewable energy and halting deforestation) or adaptation (preparing for future climate change by improving infrastructure and techniques); no legal liability for developed countries to pay for loss and damage; no full inclusion of human rights, particularly those of Indigenous peoples; and no protection from investor-state dispute settlement (ISDS) challenges, which undermine climate actions (policies, regulations, legislation) that would impact future corporate profits.

At the same time, while trade trumped action at the COP21 table, action trumped legislation on the streets of Paris. In defiance of bans on public demonstrations and a state of emergency, thousands of protesters gathered to demand a halt to climate change. These rallies were matched by more than 2500 demonstrations worldwide, including 45,000 people in Sydney, Australia, 50,000 in London, England and 25,000 at the 100% Possible March in Ottawa.

The COP21 conference demonstrates two realities of climate change and the overall environmental crisis. On the one hand, corporations and imperialist governments are consistently working to undermine action for environmental security and sustainability, because they realize it is a barrier to maximizing profit and power. On the other hand, the working class and peoples of the world increasingly recognize that this corporate agenda is incompatible with their interests, and they are prepared to mobilize on a worldwide scale.

In Canada, the Harper Tories assumed an outright aggressive view toward the environmental movement. This was especially true with respect to the tar sands and pipelines developments domestically, and mining interests internationally. The Tories’ notorious, and repeated, statements that anti-pipeline and anti-tar sands activists posed security and terrorist threats reveals the depth of the contradiction between the corporate drive for profit and environmental sustainability.

While Justin Trudeau has indicated that he wants to consult and engage Indigenous and community opponents of the tar sands and pipeline projects, he is very clear that he supports their continued development. Our Party will continue to support the Indigenous and environmental organizations – including the Idle No More movement and the Council of Canadians – who have been mobilizing against these destructive projects. Furthermore, we will step up our efforts to promote the urgent need for public ownership and democratic control of energy resources and industries, as outlined in our People’s Energy Plan for Canada.

Although the communist movement has not always placed the environment as one of its central issues, the revolutionary working class analysis of the environment has continued to develop since the earliest days of the communist movement. In 1876, Frederick Engels wrote: “With every day that passes we are acquiring a better understanding of these laws [of nature] and getting to perceive both the more immediate and the more remote consequences of our interference with the traditional course of nature. In particular, after the mighty advances made by the natural sciences in the present century, we are more than ever in a position to realise, and hence to control, also the more remote natural consequences of at least our day-to-day production activities.”

As the global environmental crisis continues to deepen, humanity is increasingly faced with a stark choice. We can continue with the current socio-economic system that jeopardizes the environment in its pursuit of profit. Or, we can switch course to a new system that rejects the logic of capitalist accumulation and militarism, and instead promotes equitable and sustainable development that is in balance with the environment.

The struggle for environmental sustainability is urgent and building. It is interconnected with the fight against imperialist militarism and war. Coming out of this convention, our Party commits to engaging and building this struggle in Canada, and projecting a transformative, socialist vision into the environmentalist movement.