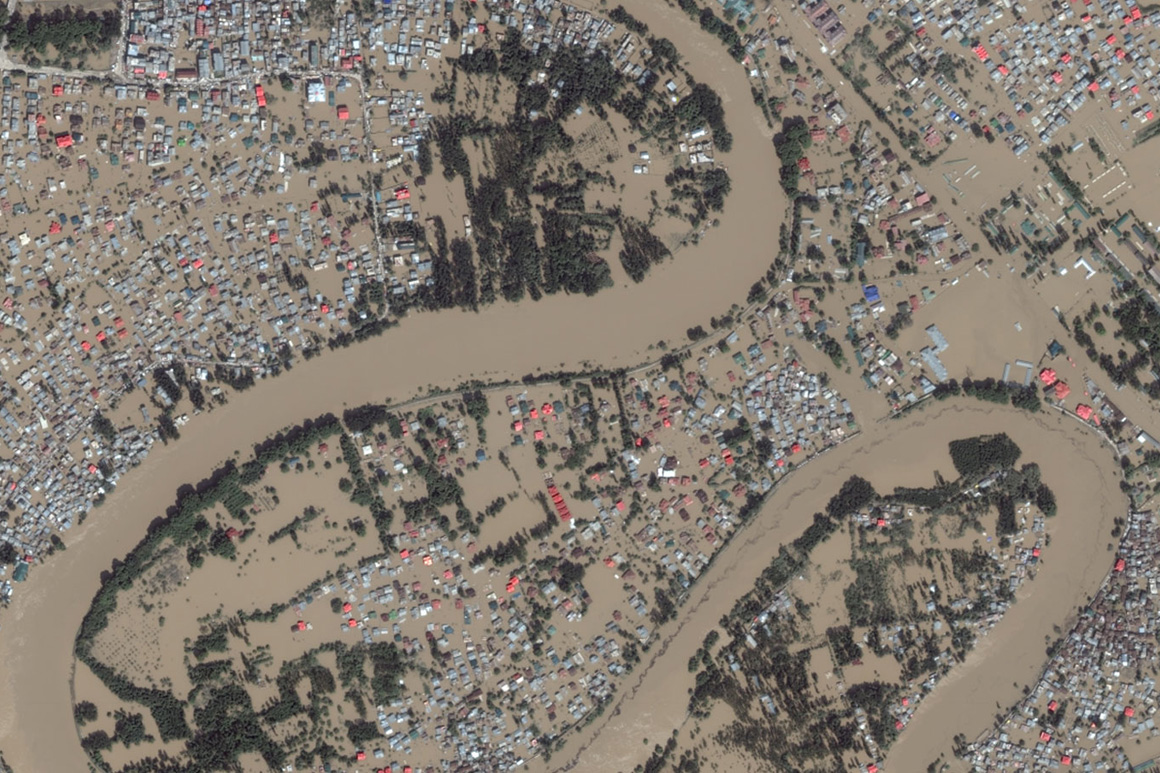 The fast melting Arctic, the shrinking Himalayan glaciers and the onset of unexpected rains, floods, droughts, windstorms and tsunamis are some of the known indexes of climate change. But a more treacherous form of it has rather silently been spreading its tentacles, without getting much attention.

Climate change is warming 235 lakes the world over, with more than half of the earth’s freshwater supplies, says, a recent study by Professor Sapna Sharma, an Indian-origin researcher from Toronto’s York University. The study funded by NASA and others finds that the lakes are warming at an average of 0.34 degrees Celsius each decade, with profound effects on drinking water and the habitat of fish and other animals.

The pace of warming of lakes is greater than the warming of the ocean or the atmosphere, with life threatening consequences. When temperatures swing quickly and widely from the normal range, life in lake waters not only changes in form but could even disappear, said Prof. Sharma. Fish from freshwater sources is also an important source of protein, especially in the developing world. The results suggest that large changes in our lakes are not only unavoidable, but are happening already.

Nature, in the course of time, had framed laws to help evolution and sustenance of flora and fauna on our planet, which humanity observed more in violation than adherence, particularly after the industrial era began in Europe. The reckless burning of fossil fuels like coal, oil and natural gas to run industrial units spewed immense amounts of CO2 into the atmosphere. That thickened the greenhouse gasses layer, changing the climate. Global warming was exacerbated by cutting down forests to build big industrial, residential and commercial complexes. Extensive farming of livestock for dietary purposes has added fuel to the fire.

Climate change is a complex environmental problem which influences our very existence. At the heart of this problem lies the need to reduce emissions.

The recent UN Climate Change Conference held in Paris took serious note of the existential threat to life on earth posed by ever-increasing global warming, and a carbon emission deal was agreed. This was the first assembly of world leaders to consider ways and means to restrict the deadly march of human-made climate change.

Among many decisions taken, the most crucial was to keep global temperatures from rising another degree Celsius between now and 2100. This was the key demand of poor countries like Tuvalu and others ravaged by rising sea levels, who face extinction soon if oceans continue to rise at the present rate. Such a show of solidarity was not witnessed in conferences held earlier for this cause, say international media reports.

Since the developed countries account for the overwhelming amount of accumulated greenhouse gases in the atmosphere, they were mandated to provide monetary help to the developing and the least-developed nations to adapt to the impacts of climate change. The Paris meeting also bound them to transfer climate-friendly technologies to such countries.

Despite all the good things said and done in Paris, some loose ends remain. For example, the agreement won’t bind member states until parties which produce over 55% of the world’s greenhouse gas emissions have ratified the deal. There is doubt whether some, like the U.S. with its Republican-dominated Congress, will agree to do that. Achieving a reduction in emissions would involve a complete transformation of ways and means to get energy, and environment activists worry that despite the pledges, countries are not ready to make such profound, costly changes.

Months ago, during a chat with a witty gray-haired friend of mine over the unsure future of life on earth, he advised me not to get alarmed because nothing terrible would happen before we leave this world for eternity. But when I reminded him tongue-in-cheek of our chance to get reborn (reincarnation is the Indian majority’s ironic belief), he smiled and changed the gear and route of our confab.

As a senior member of my household, I offer best wishes to my grandchildren, but I get a little bewildered to imagine how Canada and the world, because of climate change, might look like in the year 2090, when they too would be grandparents. In my life span, I have observed some disturbing changes in weather conditions. Summers are hotter and more prolonged than before, and according to climate experts, the average night temperature the world over is on the rise. Recently I read a funny report that by the turn of present century “old folks” (born in 2015) in Toronto would take their grandchildren north to experience something they have never seen: snow.

I’m not sure of that. but as I write this in Toronto on December 16, we find no snow on the roads. This isn’t the rule here, but an exception. Back home, memories of floods in Kashmir in 2014 and Uttarakhand in 2013, and similar deluges in parts of Pakistan, are still fresh in my memory. But I don’t recall that a place like Chennai (Madras) in India was ever inundated in flood waters as witnessed recently. Why was that happening?

Environmentalists hold that climate change arises from human industrial activity. Skeptics say that nature has changed earth’s face many times, arguing that volcanic eruptions or changes in sun’s intensity, along with other factors, could be the real climate drivers of climate change. The deniers, however, seem either to be self-styled intellectuals, US Republicans, friends of corporations, or spokespersons of the big oil and coal companies or automakers, whose business could collapse once eco-friendly sources of energy become viable and replace existing fuel-based vehicles.

Though the Paris declaration has projected that our survival depends on how effectively we resist global warming, governments must go in for some binding agreement even if this curtails industrial growth targets. The good intentions of restricted green house gas emissions and monetary assistance to the developing nations mentioned in the final draft need to be translated in action to prevent climate change becoming atrocious in future.

The next few years will indicate if this is followed by the developed world in both letter and spirit. The UN infrastructure to monitor emissions and regulate monetary aid is not yet in place, and environmental conditions continue to deteriorate unabated. But if the world wants to breathe free, self discipline must be imposed. Will this ever happen? That is the million dollar question today!