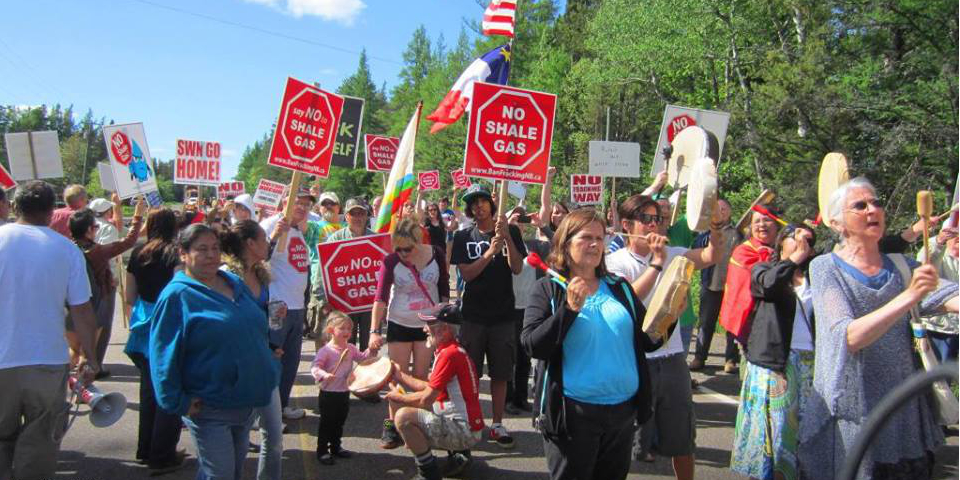 Since tensions in Ukraine came to a head in February, Western countries have aimed to punish Russia for its invasion through sanctions designed to curtail exports of its top-traded commodities.

The 2010’s are remembered by activists in New Brunswick for popular mobilizations opposing shale gas development in the province. Indigenous elders and concerned people of all linguistic communities formed a broad coalition against fracking to preserve clean drinking water and the rural landscape. Nonviolent protesters faced off against a blockade of over 200 RCMP officers who arrested 40 people during a morning raid in October 2013.

Mounting public pressure, which had spread to other areas in the province with solidarity blockades of highway exits, created an outrage which translated into the ouster of David Alward’s Tory government. It also forced the Liberal government of Brian Gallant to introduce a moratorium on hydraulic fracturing in the province until more research and information is available and the risks to health, water and environment are fully understood.

Since then, public anxiety over the issue has calmed considerably with shale gas out of the news cycle for many years. But what if the war in Ukraine had such an impact on the price of natural gas due to increased European demand that it pushed New Brunswick to reconsider its moratorium? According to Natural Resources Canada, New Brunswick has 77.9 trillion cubic feet of “technically recoverable natural gas.”

“There really is no case for shale gas in NB,” says Jim Emberger, spokesperson for the New Brunswick Anti-Shale Gas Alliance. “On the scientific side, climate science clearly says we should not begin any new fossil fuel projects – period. A new gas industry with its methane-leaking wells would make it difficult to meet any emission reduction goals. There is no economic case for it either. The price of natural gas is very volatile. While it is sky high now, for most of the last decade it has been so low that stockholders have lost fortunes. It was so low because there was much greater supply than there was demand.”

The main thing to watch out for according to Emberger is a potential clamouring to build new liquefied natural gas (LNG) terminals on the Atlantic coast. New Brunswick currently has one LNG receiving and re-gasification terminal at Saint John. “Without the construction of LNG terminals and a new long-term market, there is no financial case for New Brunswick shale regardless of the price,” says Emberger. “The thing to watch is how strongly the government pushes the Atlantic LNG projects, since they are the linchpins.”