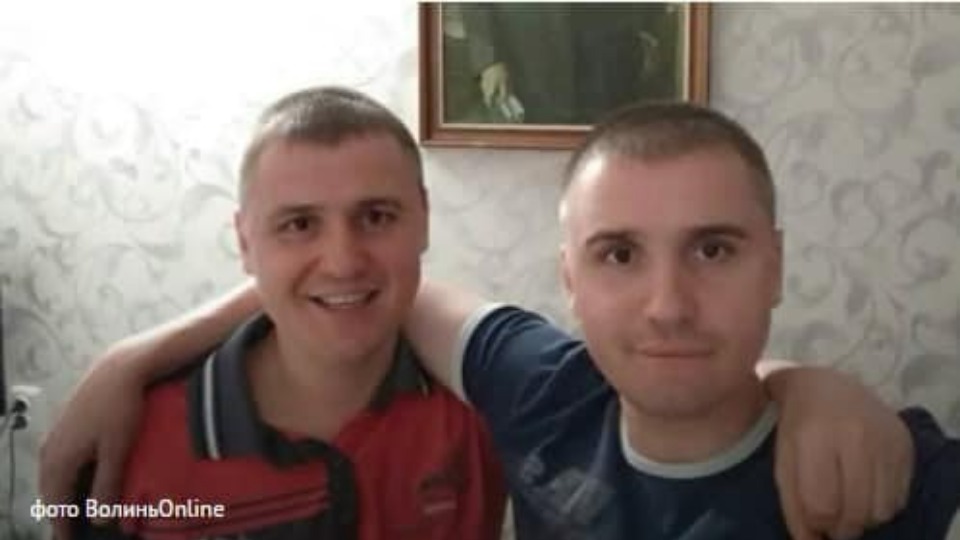 As People’s Voice goes to press, we have received reports that Ukraine has arrested two progressive youth leaders who opposed NATO expansion and are threatening them with death. The following article by C.J. Atkins appeared in People’s World on March 7.

Mikhail Kononovich, leader of the youth wing of the outlawed Communist Party of Ukraine (CPU), and his brother Aleksander Kononovich were arrested by Ukrainian authorities in Kiev and could reportedly be facing execution.

The press office of the Security Service of Ukraine charged the two with being “propagandists” aiming to “destabilize” the internal situation in Ukraine. Essentially, the state accused them of acting as agents for Russia and Belarus, according to information received from the World Federation of Democratic Youth (WFDY), a global organization of progressive youth groups.

In a statement issued Monday, WFDY said that the Kononovich brothers, leaders in “our Ukrainian member organization, the Leninist Communist Youth Union of Ukraine,” also known as the Komsomol, had been detained “by the Ukrainian regime during the last hours.”

Mikhail Kononovich is the communist youth group’s first secretary. Aleksander Konovich is a leading activist. WFDY warned, “They will possibly be murdered in the following hours.”

It called on all its member organizations around the world to denounce the arrests and demand the brothers be freed and that any execution order be rescinded.

The Kononovich brothers were most recently known to have participated in a demonstration in front of the US Embassy in Kiev demanding that the US stop its military expansionism in Europe via NATO.

The government that took power in Ukraine in the wake of the US-backed “Euro-Maidan” coup of 2014 outlawed the Communist Party and banned it from running candidates in elections. The party’s youth group was also made illegal, and its members subjected to political persecution by the police and in the courts.

Across the country, the government enforced a so-called “de-communization” law that not only outlawed the CPU, but also forbid the use of any communist names or symbols in public, mandated the destruction of Soviet war memorials and prevented any teaching about the positive aspects of Soviet history in schools.

The Ukrainian government stepped up its persecution of the communists even further following the outbreak of civil war in the eastern Ukrainian regions of Donetsk and Lugansk in 2014-15. The Party had been warning that the state’s nationalistic policies would lead to conflict in the east and said it feared the establishment of a fascist dictatorship – given the growing power of armed neo-Nazi elements.

Instead of listening to the CPU’s pleas for negotiation, the government executed a war in the east that took an estimated 15,000 lives from 2014 to 2022. CPU leader Petro Symonenko was branded a traitor by the Ukrainian government for repeatedly urging ceasefires and direct negotiations to stop the fighting.

The CPU called for a federalist solution to the divisions within Ukraine in the early days of the civil war, foreshadowing the Minsk Agreements. The latter were meant to halt the fighting in Donetsk and Lugansk by granting autonomy to those areas, but the government in Kiev never abided by the accords.

As for CPU cadre and members, they remained undeterred by the government’s legal prohibitions and continued their political work.

In an interview featured in People’s World in November 2019, Mikhail Kononovich – one of the two activists currently being held by the state – discussed Communist Youth Union mobilizations against the privatization of public farmlands by the government of President Volodymyr Zelensky.

After the Soviet Union fell apart in 1990-91, the Ukrainian government abandoned the collective farm system that had defined socialist agriculture in the USSR. The former collectively owned land was distributed among the members of the farms, however, and bans on further sales were put in place to protect small farmers from being swallowed up by corporate industrial giants.

The Zelensky government reversed that longstanding policy in 2019, leading to fears that Ukrainian farmland – which takes up as much space as France and Germany combined – would be gobbled up by foreign agribusiness giants.

Ukraine is a top wheat producer; together with Russia it accounts for about 30 percent of the world’s traded wheat. The Russian invasion of Ukraine and the ensuing war have disrupted exports from both countries and sent global wheat prices soaring. International inflation of food prices, already on a steady rise before the war, will certainly be accelerated – leading to higher profits for producers outside the conflict zone.

Mikhail Kononovich situated the government’s persecution of communists within the context of the neoliberal economic policies of marketization and privatization, such as the land sales, that have been pursued since the coup of 2014.

All through the 1990s and most of the 2000s, the CPU was the largest party in the Ukrainian parliament, and in the last election before it was banned, it received nearly three million votes. It often stood as a roadblock to multiple governments’ attempts to sell off more of the public property and resources inherited from Soviet socialism.

Kononovich said the outlawing of the CPU was intended “to clear the political field of left parties so they would not interfere with lowering social standards and selling land.” Comparing the fight to the resistance against Nazi invaders during World War II, Kononovich said, “The sale of [public] land is our Stalingrad – not one step back! No sale of land!”

The Kononovich family has been repeatedly targeted by both state authorities and fascist militia forces. According to a filing on record with the European Parliament, while leaving flowers in 2016 at a monument to Red Army soldiers who fought against Hitler, Mikhail Kononovich and other members of the Komsomol were victims of an assault by right-wing militants. Kononovich suffered serious blows to the head and another member nearly lost his sight.

Fascist gangs attempted to pressure hospital staff not to treat the injured communists and also regularly intimidated Kononovich’s wife and daughter at their home afterward.

As of press time, the status of the two brothers, Mikhail and Aleksander Kononovich, and the conditions under which they are being held are not known.

Information from the CPU remains difficult to obtain due to the fighting in and around Kiev and because the party’s website and electronic communications channels have been blocked by the government since just after the war began.

TAKE ACTION: Send appeals for the immediate release of Mikhail and Aleksander Kononovich to the Embassy of Ukraine in Canada, 310 Somerset St W, Ottawa, ON K2P 0J9, by email to emb_ca@mfa.gov.ua or by phone at 613-230-2311.