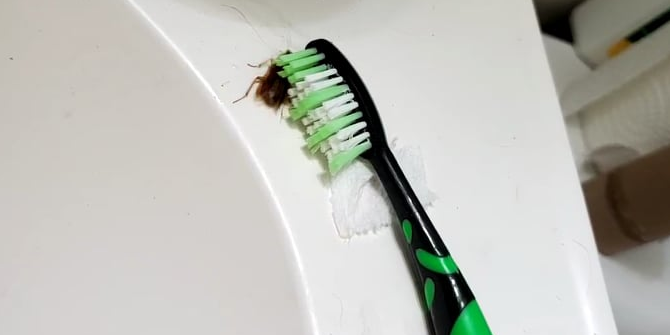 By Kyle Fillo and Doug Yearwood

Across Ontario, working-class tenants are suffering as a result of pest and bug infestations in their apartment complexes. After suffering in silence for years, in recent months tenants in places like Kingston and Toronto have started to organize and demand an end to infestation. The Communist Party of Canada (Ontario) recently adopted housing policies that include the call for expropriation of negligent landlords, who only deal with pests and bugs in piecemeal fashion, if at all. These important policies respond to the immediate needs of tenants, but if they are to be implemented, mass work needs to be done to serve tenants in need, and spread these ideas not only through tenant groups, but also unions and organized labour.

Through our organizing efforts with the Katarokwi Union of Tenants in Kingston, we’ve gotten an idea of the pest problem’s horrific scope in one city. From discussions with other tenant and housing advocates across Canada, we know that these conditions are the norm, and have been for years. We have seen ample evidence that the lives of thousands of Kingstonians have been completely overtaken dealing with pest infestations. On top of this, unaffordable rent is being charged for units unfit for human occupancy.

As a result, tenants are forced to live out of plastic bins, quarantining their belongings from infestation. They sleep in horror, knowing the bugs get worse at night. We’ve spoken to one parent whose children refuse to eat or drink anything in their homes, for fear that it’s contaminated with bugs. Another parent was left wondering what to do after their child was bitten by a rat. This is the state of rental housing in the province.

However, tenants are beginning to fight back. People living in the dozens of infested buildings owned by Homestead Land Holdings, Kingston’s largest landlord, are organizing a campaign to achieve systematic pest removal in all buildings, rather than the completely ineffective unit-by-unit treatments currently undertaken. Additionally, amid deplorable living conditions and landlord harassment, tenants in Golden Equity buildings around Toronto are exercising their tenant power. They’re demanding necessary changes and maintenance to, at the very least, ensure healthy, happy living conditions for them and their families, in one of the world’s most unhinged rental markets.

While these individual movements are an excellent first step, what we really need is a coordinated, militant, nationwide, worker-led housing movement to reclaim the human right of housing through publicly owned, democratic housing solutions. With many municipal and provincial elections coming in 2022, we need to support platforms that will hire more bylaw and property standards officers, to hold slumlords to task over their ruthless negligence.

Furthermore, while the immediate and systemic eradication of all pests is our primary goal, achieving this goal requires education on how pest problems come about. Tenants are almost universally blamed for their own pest problems, despite the fact that these pest infestations are structural problems brought on by institutional disregard for tenants’ livelihoods. Pest removal is a multi-million-dollar industry, and both landlords and exterminators are financially incentivized to do the bare minimum: it keeps pest control coming back, and it is less taxing on the landlord’s pockets. Pests exist primarily in deteriorated buildings, having found their way in through cracks in the foundation or via people coming in and out of buildings. To a certain extent they are normal and expected, but the problem is compounded when no proactive approach is taken and when tenants are individualized and shamed for pests existing in their unit.

At its convention in November 2021, the Communist Party of Canada (Ontario) adopted a series of housing supported policies that, if adopted as law, would give tenants more power to deal with the bed bug and pest infestations plaguing the rental market. This includes the expropriation of buildings owned by negligent and absent landlords and those who fail to upkeep their property. Thousands of these buildings exist across the country, in which Canadian workers and their children face the daily physical and mental torture of defending their homes and belongings against infestations. Any caring government must prioritize swift retribution for those producing and perpetuating this myriad of inhumane living arrangements.

Working-class tenants harbour shame over infestations and are slandered as dirty and irresponsible by landlords and even other tenants, as powerful interests shift the blame to individuals they see as powerless. We are not powerless. We are only divided. There’s no shame in having bed bugs or pests. Pests and bugs exist solely as a result of improper maintenance and can only be resolved systematically. We must shame those forcing people to live with them, and unite to eradicate pests from our homes, and landlords from our lives. Ultimately, expropriation of neglectful landlords is an effective way of combating this issue.

The Communist Party’s policies are an important step in the right direction. However, people cannot wait idly for an idealized future, and must get involved in other people’s struggles today, to serve the interests of our shared communities and materialize a future for the people. The Party’s policies will resonate more with those who we have served, those who have put in the work to turn potential into reality. This is why unionized workers must bring these struggles into their unions, from the local and regional, to provincial and federal levels. Organized working class power has historically played an important role in developing progressive housing policy, and we must channel these past successes to construct possibilities in the present.

Get People’s Voice delivered to your door or inbox!
If you found this article useful, please consider subscribing to People’s Voice.
We are 100% reader-supported, with no corporate or government funding.